Girl, six, is fighting for life in hospital after concrete and marble fireplace fell on top of her while she was playing in living room of rented family home

A six-year-old girl is fighting for her life after a concrete and marble fireplace fell on her while she was playing in the family living room.

Alexa-Leigh Blakemore remains in a critical but stable condition at Alder Hey Children’s Hospital in Liverpool after suffering serious head injuries following the accident, which happened at around 8.10pm on September 10.

Her parents Keiran Blakemore and Elle Williams say Alexa-Leigh’s condition is ‘touch and go’, having suffered a fractured skull and bleeding on the brain.

The pair, who rent from a private landlord, say they have been calling for repairs in the property and want to warn others to make sure heavy fireplaces are secure.

The fireplace is believed to have fallen due to crumbling plaster.

Mr Blakemore, a handyman, said: ‘I was lying on the couch feeding our five week old baby and her mum was in the bath. 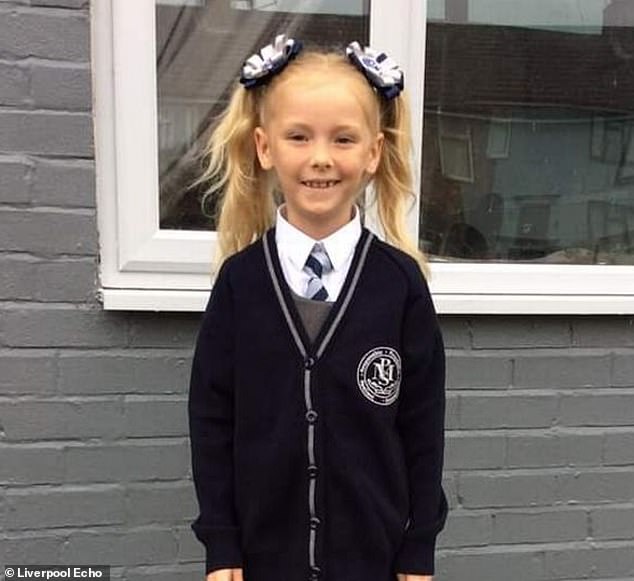 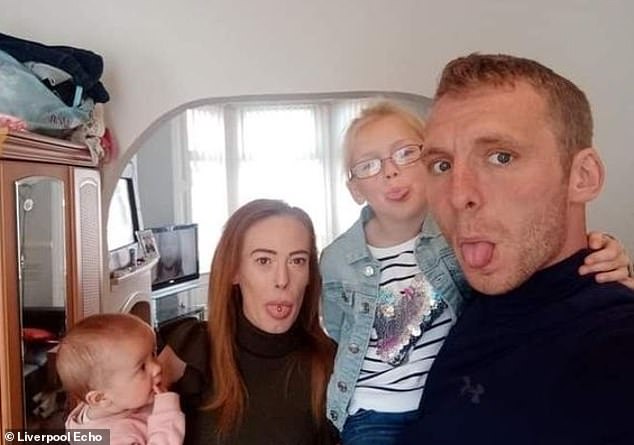 ‘Alexa-Leigh was doing her thing like she normally does, running around and playing like the happy little girl she is. I was concentrating on feeding my baby but I could see her out of the corner of my eye.

‘All of the sudden there was a crash and this thing had fallen on her and there was a lot of blood.

‘This fireplace is like a concrete and marble thing and to move it I would have to walk it across the floor, but when it happened I have never lifted anything so quick, I moved it like it was a piece of paper.

‘Within 10 seconds I was shouting in the street for help, and the ambulance came within two and a half minutes.’ 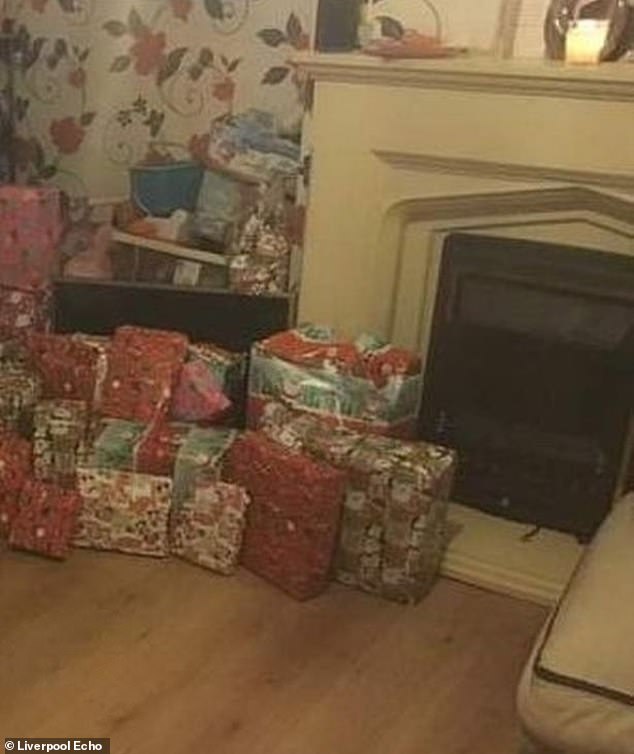 A picture of the fireplace which fell on Alexa-Leigh Blakemore

Alexa-Leigh, a pupil at Monksdown Primary School, sustained a fractured skull, a fractured eye socket, a fractured wrist, and most seriously bruising on the brain.

Mr Blakemore said doctors at Alder Hey said the force of the blow would have ‘knocked out a bull’.

He says surgeons at Alder Hey have already drained fluid from her brain in a bid to reduce pressure and she remains in a medically induced coma.

Mr Blakemore said: ‘We can go into the ward and sit by her as much as we want but it is horrible seeing her like that, with tubes going into her.

‘It is really upsetting, we just need the city of Liverpool to be behind her.’

A friend of the family, Katelin Shaw, has started a Gofundme crowdfunding page aiming to raise money to help the family move to safe accommodation when Alexa-Leigh leaves hospital and to help with any medical costs.

She wrote on the page: ‘Alexa who is only six years of age and such a bubbly, happy, loving child unfortunately had a horrible accident, a fireplace fell on top of her which had not long become loose from the wall within a split second Alexa was under it…

‘When Alexa wakes up (I say when because I know she can fight this) she might not be the same little girl she was even though she will always be the same Alexa to us, her life could have changed forever the next several months/year and it is going to be a struggle for her, and her mum Elle, her dad Kieran and two little sisters Gracie and Luna.

‘Please can everyone donate or even share this every penny/pound counts and this family are going to need everything they can get as from now on they will have to face medical things to pay and even if the money goes on making sure Alexa gets everything she wants they deserve this more than anything and I want to help as much as possible.’