Chelsea star Jorginho shares video mocking Rio Ferdinand with his UEFA Player of the Year award after the BT Sport pundit claimed back in 2019 he ‘couldn’t run, defend or make assists!’

By Jordan Seward For Mailonline

Jorginho has shared a video mocking Rio Ferdinand after the BT Sport pundit previously claimed he ‘couldn’t run, isn’t great at defending and struggles against the big teams’.

The Chelsea midfielder, who played the full 90 minutes on Tuesday night as Thomas Tuchel’s men beat Zenit St Petersburg 1-0 to start off their Champions League defence with a win, was a standout performer last season as they lifted the trophy.

Jorginho’s brilliant and consistent displays earned him the UEFA Player of the Year award, beating the likes of Kevin De Bruyne and his Chelsea team-mate N’Golo Kante to the award. 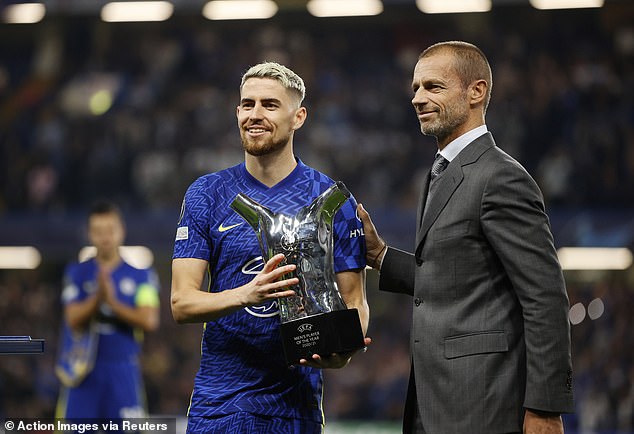 But the 29-year-old has had to win over his doubters after a challenging start to life at Chelsea when he first joined back in 2018 for £57million.

Ex-Manchester United defender Ferdinand was one of many pundits who criticised him in the past, and a clip of him slamming the midfielder back in 2019 re-emerged on Wednesday.

Chelsea fan account ‘everything.blues_’ posted a video on Tik Tok and Instagram showing Ferdinand slating Jorginho before the Italian star is seen collecting his UEFA Player of the Year award.

In the clip taken from two years ago, Ferdinand said of Jorginho: ‘He gets no assists, he’s not a great defender, once a game gets like this against the big teams he gets overrun in midfield and he can’t run.’ 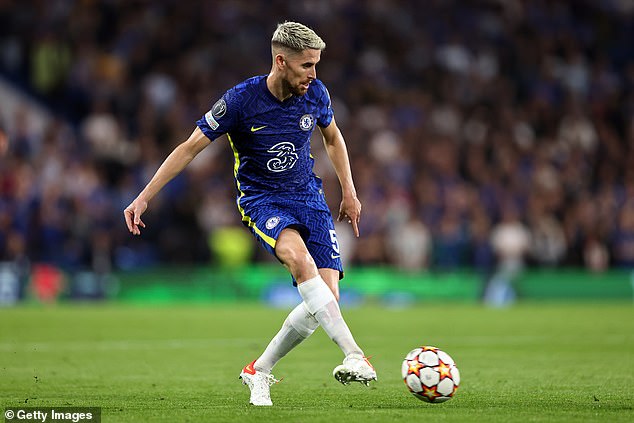 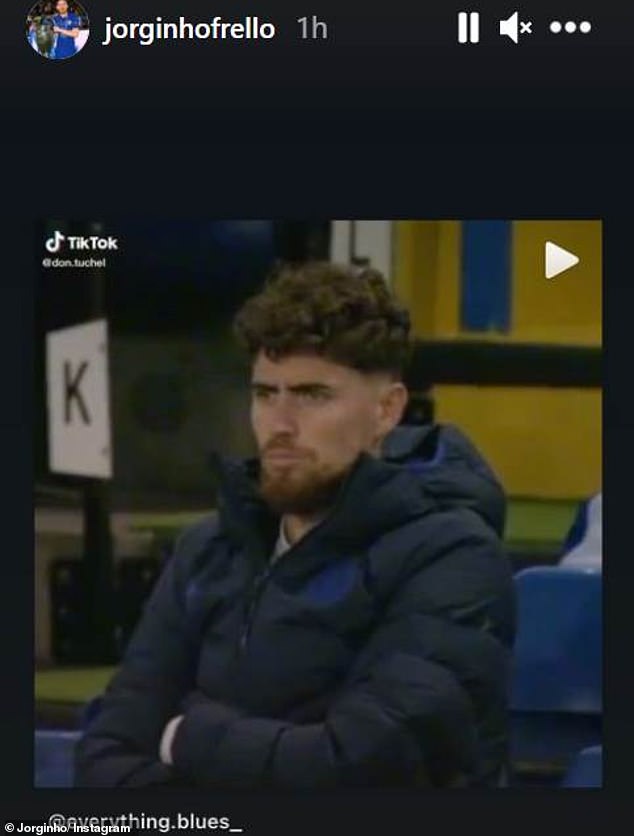 The Italian shared a video mocking Rio Ferdinand, who critcised him in the past, after he collected his Player of the Year award

Jorginho, who also helped guide Italy to the European Championship in the summer, clearly felt aggrieved by the criticism and shared the video on his Instagram story.

The Champions League winner has become a key star for Chelsea over the past few seasons and has featured in every game so far this term.

His current fortunes are a stark turnaround from the rocky period at the start of his time at Chelsea, which saw him lambasted and labelled Maurizio Sarri’s ‘son’.

Former boss Sarri brought Jorginho with him to Stamford Bridge in 2018 on the same day he took up the hotseat and went on to use him regularly.

Parts of the fanbase at the club became increasingly irked at his lack of goals or assists, and Jorginho has now revealed his motivation to ’embarrass’ them has contributed to his upturn in form.

‘My start at Chelsea made me miss it [Napoli] even more,’ he wrote in a piece for The Players’ Tribune. 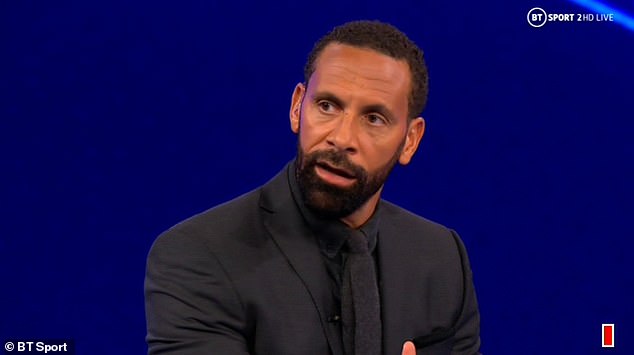 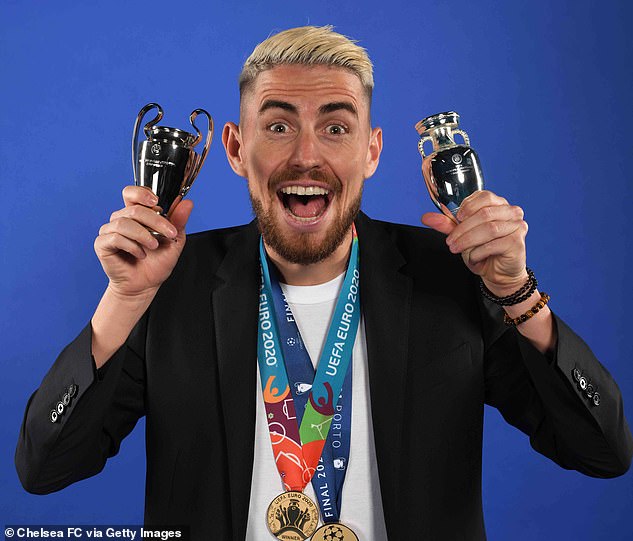 ‘We all remember what they were saying, right? I was too slow. I was too weak. I was Sarri’s son. Man, it made me so angry.

‘But listen, they underestimated me. You see, I’ve had a turbulent start at every club I’ve been with. Every club. It’s incredible.

‘When I came to Verona, nobody wanted me. They sent me on loan to the fourth division. Nobody wanted me there either. But I kept working and I won respect. I went back to Verona and we went up to Serie A.

‘I had a hard year at Napoli, too, and then Sarri came and changed everything.

‘So the Chelsea stuff? Puh! I just used the criticism as fuel. I was thinking, “These people are going to be embarrassed.”

‘And now I’m sitting here with a Europa League title and a Champions League title. So to all the critics, I just want to say one thing. Thank you. Really, thank you all.’