Call centre worker, 24, jumped off a bridge to her death at the prospect of returning to work after a row with her boss, inquest hears

A call centre worker who felt sick at the prospect of going to work after a row with her boss jumped to her death, an inquest has heard.

Chloe English, 24, from Brighouse, West Yorkshire, was engaged when she took her own life.

She died instantly when she fell from North Bridge, a Victorian iron and stone bridge, Halifax, on May 14.

She had been the subject of a Missing Persons enquiry by West Yorkshire Police earlier that day after her mother Carole Townsend reported her concern. 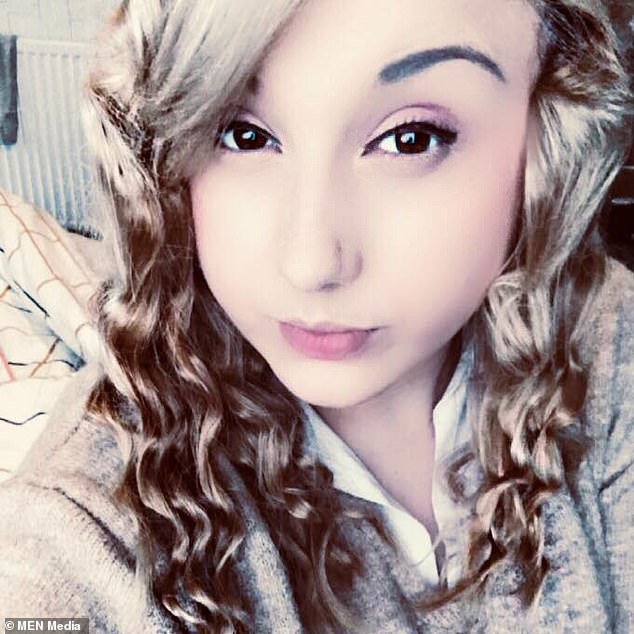 Chloe English, 24, from Brighouse, West Yorkshire, was engaged when she took her own life 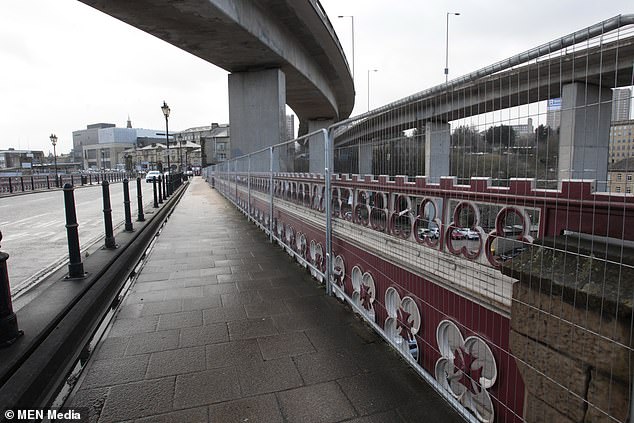 She died instantly when she fell from North Bridge, a Victorian iron and stone bridge, Halifax, on May 14

Assistant coroner Ian Pears heard evidence from her GP saying she had suffered from anxiety and depression and had taken an overdose in 2018.

He said: ‘It appeared she was suffering from increasing stress at work and had put in a formal grievance against the team leader and felt the relationship had broken down.

‘She felt work was worsening her anxiety and going into work made her feel nauseous.’

Ms English was given several sick notes and it was agreed that her dose of the antidepressant, Escitalopram, would be increased to 20mg. 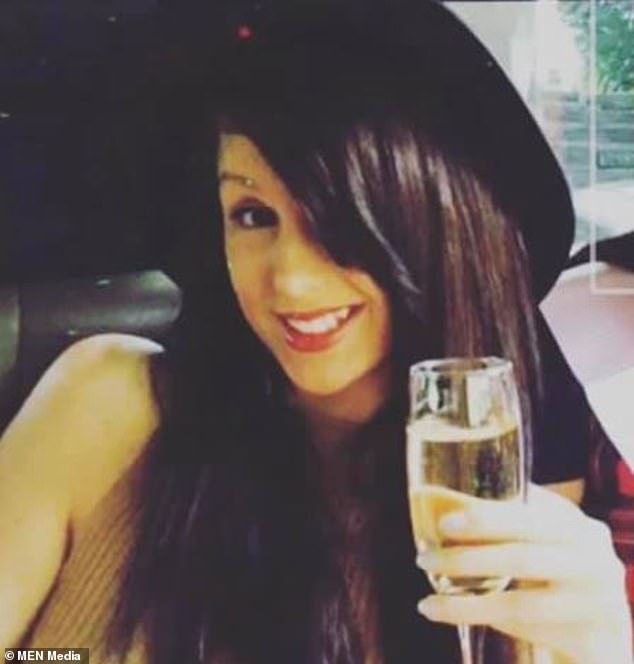 But the doctor explained to her in the short term her anxiety levels might increase and it would be two to three weeks before she noticed any benefit.

He said he was deeply sorry to hear of her death.

The court also heard her father Richard English, who attended the hearing, said his daughter was a very caring person who loved animals and was excellent at dealing with customers’ problems at the call centre.

He said her anxiety and depression had been ‘compounded by the lockdown and isolation’.

He expressed concerns to the coroner over her medical treatment, a demand for money from the DWP to her, and his horror at the growing death toll on the bridge saying ‘he dreaded to think what the figures are’.

Mr Pears agreed with him about the death toll and said he would be writing to Calderdale Council to see what could be done.

He concluded Miss English had taken her own life saying: ‘On 14 May Chloe English walked to North Bridge, deliberately climbed over a fence and died from a traumatic head injury.’

Following her death, Mr English, wrote: ‘My beautiful girl how my heart breaks to think I’ll never see you in this world again.

‘I am struggling so hard with you leaving. I’m sorry you felt there was no way out of this monotonous world.’

While another friend wrote on her Facebook account: ‘I can’t believe I am writing this, still does not feel real. You were a beautiful girl, loved by so many.’

‘I love your infectious laugh. I will miss you lots. I will cherish all the memories we had.’