Sneaky python hiding in thick bushland BAFFLES reptile fans – so can you spot the snake?

Australians have been left scratching their heads after being asked to find a snake hidden deep in the bush.

A photo was shared on the Sunshine Coast Snake Catchers Facebook page on with social media users given the hint that the reptile was a ‘fan of climbing’.

The snake wasn’t easy to find in a sea of leaves and branches but some eagle-eyed Aussies managed to eventually spot the carpet python hanging off a tree. 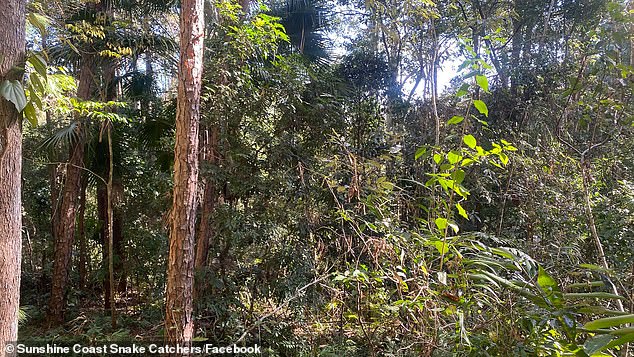 The python had slithered up the side of a tree and was seen hanging between the branches – much to the frustration of those trying to guess where it was.

‘Ok they camouflage so nicely I could never find them,’ another said.

Fortunately while carpet pythons can grow to monster sizes of up to four metres long, they are non venomous and aren’t dangerous to humans.

While their bites can inflict serious injury, those who spot them are urged not to worry as they will only attack if they feel threatened. 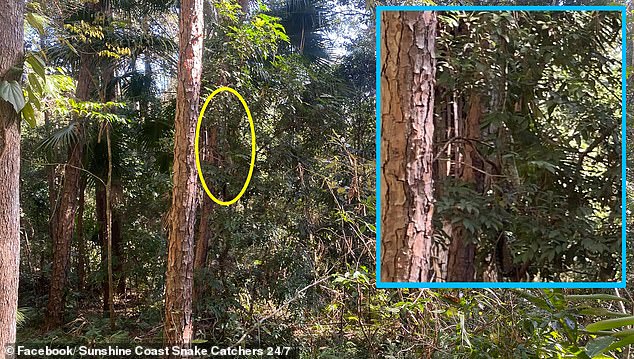