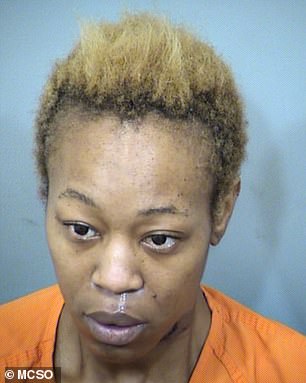 Retta Cruse, 35, was arrested on two counts of first-degree murder after her release from the hospital on Tuesday

An Arizona mother is accused of drugging her two young daughters to death last week, allegedly telling one of their dads that she was ‘medicating’ the girls for COVID-19 as she was losing a custody battle.

Retta Cruse, 35, was arrested Tuesday on two counts of first-degree murder, almost a week after she was found with self-inflicted stab wounds in her Phoenix apartment on September 8.

She was arrested when she was released from the hospital, where she allegedly told staff that someone suggested she kill the girls and herself, though she ‘denied taking any action.’

Aleyah, 9, and Royal McIntyre, 4, were found dead in bed ‘facing each other, with their arms around each other as though they had been placed into this position,’ police wrote in a probable cause statement for Cruse’s arrest obtained by azfamily.com.

Detectives say a prescription pill was found near the girls’ mouths. They also say there was a bottle of the powerful opioid oxycodone in the room. 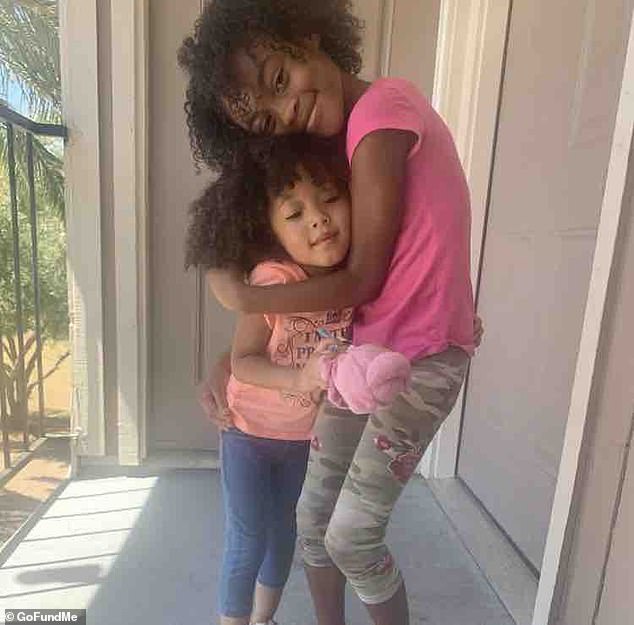 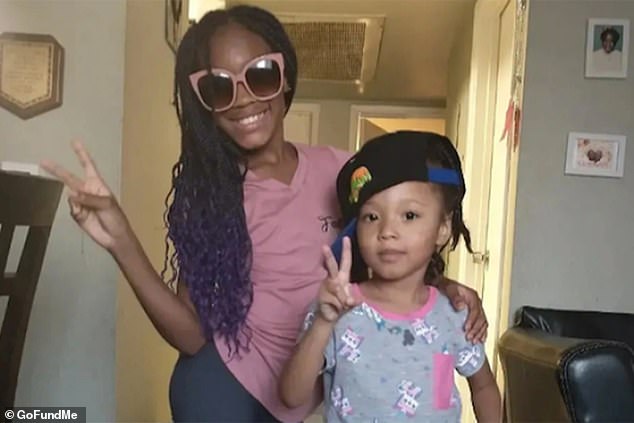 Cruse told hospital staff that someone suggested she kill the girls and herself. The father of one of the girls says Cruse told him the girls had COVID and that she was ‘medicating’ them

The man who found them, Michael Coleman, was detained at the scene but later released after cooperating with investigators, according to Yahoo News.

Police believe Coleman, the two girls and their mother were a family.

When police arrived, Cruse had barricaded herself in the bedroom by pushing a bed against the door, according to azfamily.com. Police say they found a signed handwritten note explaining the situation, which she later denied to hospital staff.

Aleyah, the 9-year-old, was caught in the midst of a custody battle between her mother and her biological father, Kevin Maddox of New Jersey, before her death. 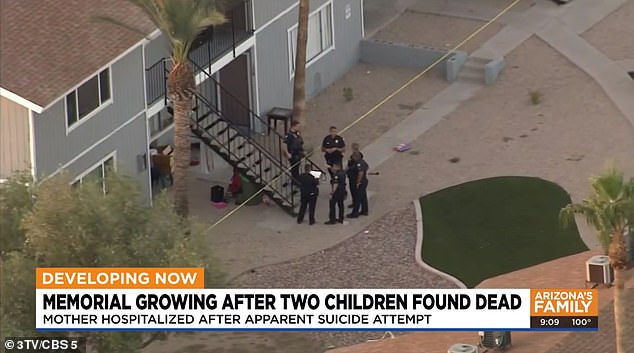 Cruse’s partner called the police after finding the girls lying in bed, facing each other, with no signs of trauma in their Phoenix apartment on September 8 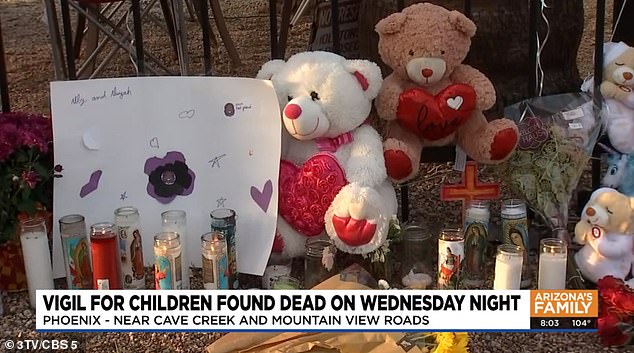 The father of one of the girls allegedly told police that Cruse ‘was upset over a recent court hearing where she was losing custody of’ her.

He also said Cruse claimed the girls had COVID-19 and that she was ‘medicating them to help them sleep.’

Aleyah was a fourth grade student at Sunnyslope School, according to the district.

‘My brother, Kevin Maddox, had full custody of his child and [fought] endlessly to get his daughter back to New Jersey,’ wrote Monica Ridgeway in a GoFundMe page raising funds to send Aleyah’s body to New Jersey.

‘At this time of extreme grief we begin the process of bringing Aleyah back home as this act took place in Arizona.’

In March, police were called to the apartment after Coleman and Cruse got into a fight, said Sgt. Andy Williams of the Phoenix Police Department told reporters.

No crime was committed so no report was filed, Williams said. 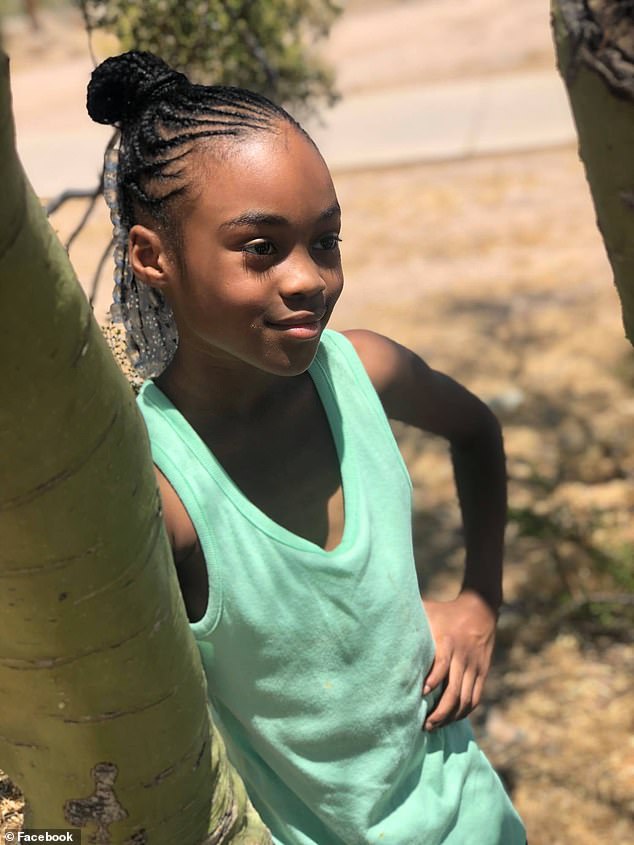 Aleyah, 9, was caught in a custody battle between her mom and her father Kevin Maddox

Coleman, who found Cruse and the girls, began his own GoFundMe in the wake of the deaths so he could give his ‘innocent daughters a proper burial.’

‘I moved here with my children and their mother from New Jersey for spiritual reasons. I wanted to make my daughters aware of the spiritual nature that I believe in and I felt Arizona had to offer being its a very spiritual state,’ he wrote.

‘Unfortunately, I came home to a devastating situation where my daughters were deceased and their mother critically injured. At this point, there are still more questions than answers.’ 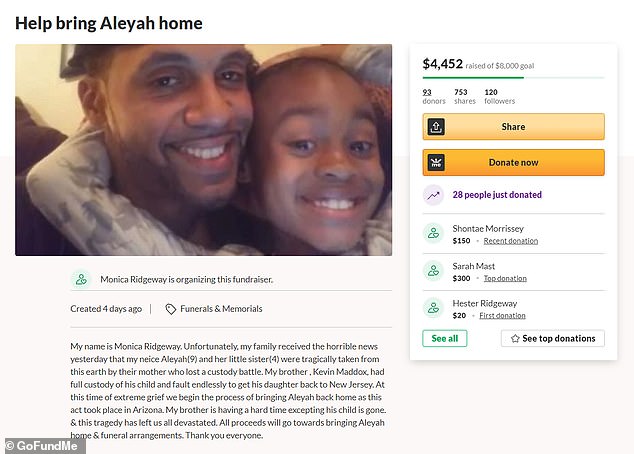 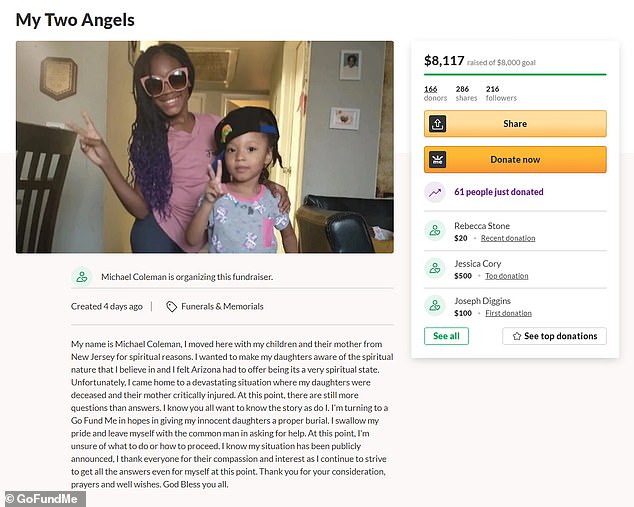 Coleman had raised over $8,000 as of Wednesday afternoon, while Ridgeway, the sister of Aleyah’s biological dad, has raised $4,452.

Nearby resident Teri Potter left two angel wings on the gates surrounding the girls’ apartment complex after the deaths, according to Yahoo News.

‘I didn’t know them. I just know that there’s kids involved and it’s really upsetting that this could happen. I mean their whole family’s going through it.’

A neighbor told a local news station that she had seen the family at a school bus stop the day before the girls were found dead.

‘My heart … I still haven’t even fully processed it yet. I’m still speechless and lost for words,’ said Disha Joseph.