More than 200,000 migrants again crossed the U.S.-Mexico border in August, according to Fox News Channel.

A Department of Homeland Security source previewed the latest numbers for the network, saying that there were 208,887 encounters last month. 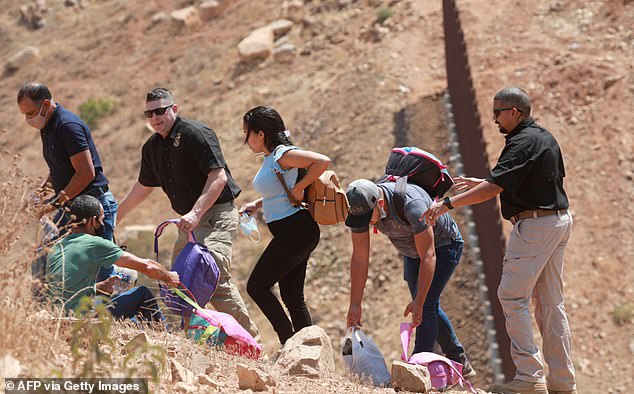 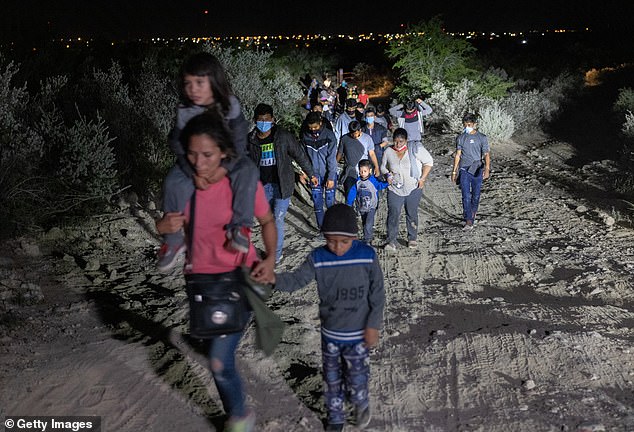 Immigrants walk towards a U.S. Border Patrol checkpoint after they crossed the Rio Grande from Mexico on August 14

The August numbers break down to 49 per cent single adults – down 7 per cent from July.

Forty-four per cent were expelled via the Title 42 health order, Fox said.

Title 72 was signed by former President Donald Trump in March 2020, in the early weeks of the COVID-19 pandemic, allowing for the rapid removal of border crossers – which was in line with the previous administration’s hardline agenda on immigration.

Under Biden, the U.S. government has expelled single adults and some families – but not unaccompanied minors and families with young children.

In August, 18,847 unaccompanied children crossed into the United States, down slightly from July, Fox reported.

The official government release of the new numbers is expected in the upcoming days.

For months, Republicans have seen the border crisis as a political opportunity with former President Donald Trump hammering Biden on it during an call-in interview on Newsmax Tuesday night.

‘We are a laughingstock all over the world,’ Trump said, mentioning the migrant surge and Biden’s disastrous pull-out from Afghanistan.

Vice President Kamala Harris has been especially criticized, after Biden made her the point person for communicating with the Northern Triangle countries – Guatemala, El Salvador and Honduras – where most of the migrants are coming from.

Harris was to handle the root causes of migration.