A man who bashed his own father before forcing him to fix a car so he could rob him has been sentenced to eight years in prison.

Zachariah John Hewitt, 31, and two other men broke into the home of his father Jamie John Hewitt at Ambrose, west of Gladstone, Queensland, on August 4, 2020.

The Gladstone District Court heard that Hewitt had consumed 12 cans of Jack Daniels when he entered the home at 11am and accused his father of stealing $70,000.

Hewitt and another man then punched his father, breaking some of his nasal bones.

He directed the accomplice to tie his father up as he continued to punch him and demand money, car keys and guns, Crown Prosecutor Evan O’Hanlon-Rose told the court. 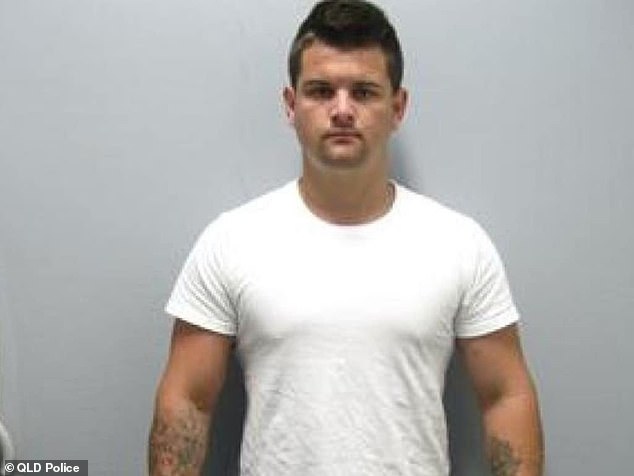 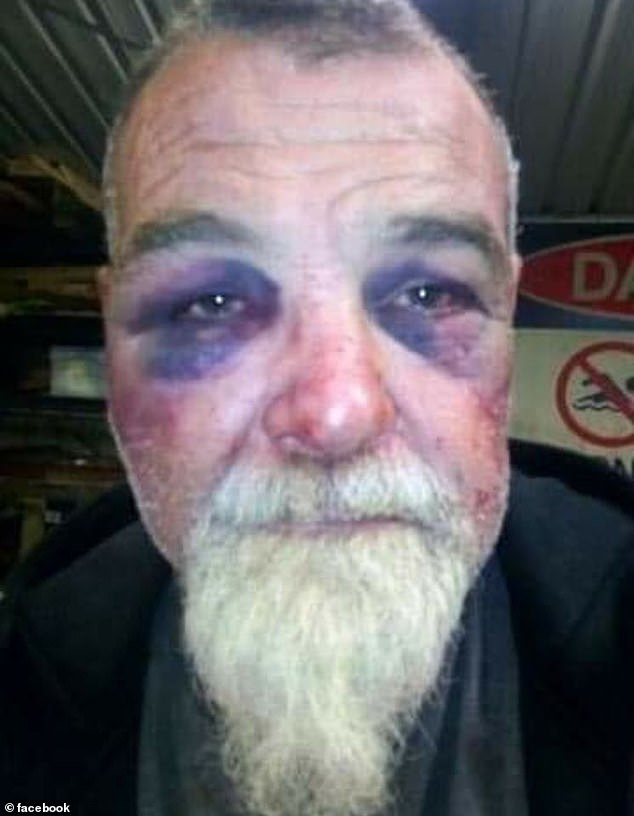 Jamie John Hewitt suffered broken bones in his face inthe attack by his son and another man, before he was forced to fix a bumper bar on his own ute which the men then used to rob him

‘They ransacked the house before cutting the complainant loose in order to make him fix a bumper bar to the complainant’s own ute,’ Mr O’Hanlon-Rose said.

‘While that was occurring, they were loading valuables into vehicles,’ reported The Gladstone Observer.

The haul included custom painted Adela wheels, worth $600 each, Mr Hewitt said at the time of the incident.

Mr Hewitt, then 51, required facial reconstruction surgery after the attack.

‘He thought he was going to lose his life that day,’ Mr O’Hanlon-Rose said of Mr Hewitt’s recall of the ordeal.

His son was arrested two days later at an Airbnb after his father reported the incident to police.

The court heard Hewitt had a long criminal history, having previously been sentenced in Queensland courts 19 times.

His defence counsel Scott Moon told the court Hewitt had developed ‘ill-feelings’ towards his father after spending time in foster care as a child and adolescent.

Hewitt alleged his father had beat him as a child and had been involved with drugs. 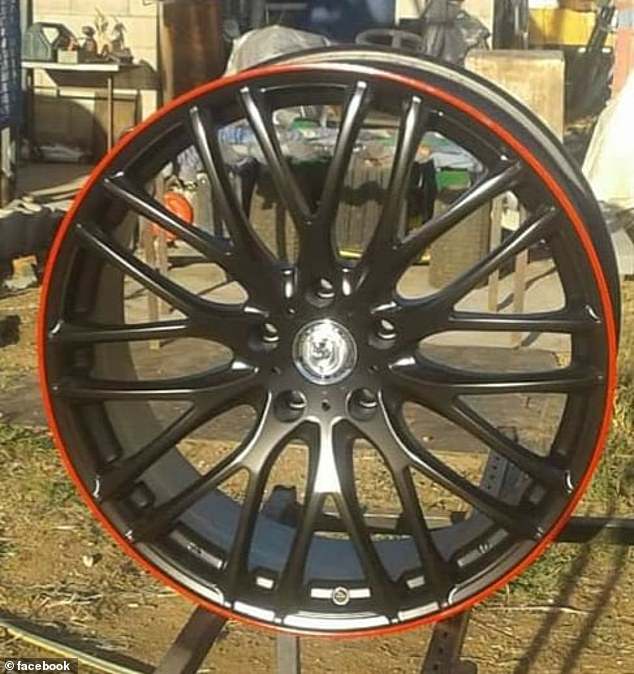 Judge Jeff Clarke said Hewitt’s traffic history indicated he had lived ‘a lawless life’ and that his criminal record was ‘simply appalling’.

He referred to Mr Hewitt’s victim impact statement, describing the attack on him as ‘callous’ and ‘gutless’.

He was sentenced to five years imprisonment for the burglary and deprivation of liberty and a cumulative three years for the robbery offence.

Hewitt’s licence was disqualified for the driving offences and he had convictions recorded for the other summary offences.