Teenager, 19, is charged with the manslaughter of ‘much-loved’ Army veteran, 86, who was killed in assault outside his home

A teenager has appeared in court accused of killing a much-loved army veteran outside his home.

Frank Fishwick, 86, died hours after being punched in the face as he spoke to a gang of youths near an underpass outside his property in Preston, Lancashire last Friday afternoon.

A post-mortem examination found the cause of death to be bleeding as a result of fractures to the nose, consistent with being assaulted, Lancashire Police said.

Mr Fishwick was thought to be living on flats in an area of Fulwood known as The Paddock where a group of young people were reportedly gathered.

A police spokesman said: ‘Prior to the assault Mr Fishwick had gone outside to speak to a group of youths who were congregating in a stairway near to his home. 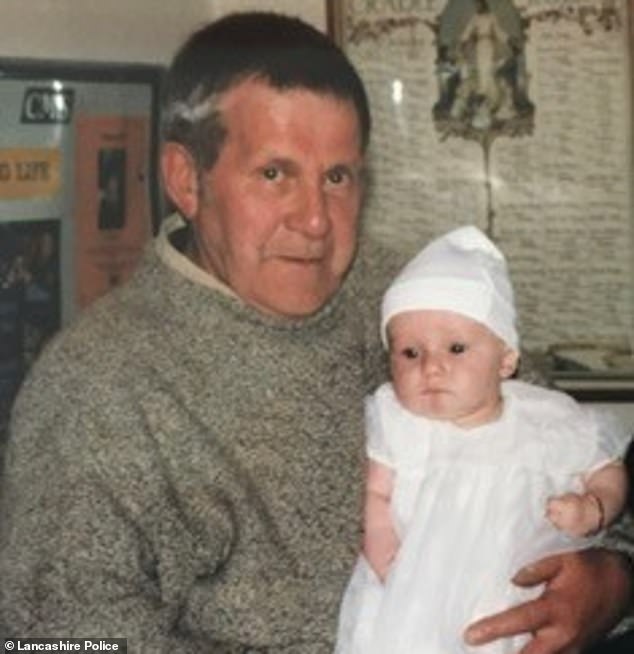 Retired serviceman Frank Fishwick (pictured here with one of his grandchildre), 86, died in hospital less than 24-hours after suffering a fractured nose in an incident outside his home

‘During the interaction Mr Fishwick was punched to the face by one of the group who all then ran off.

Syrian student, Mohammed Al Aaraj, 19, of Preston, spoke only to confirm his name and date of birth when he made a brief appearance in the dock at Preston Magistrates’ Court accused of the manslaughter of Mr Fishwick.

Holly Holden, prosecuting, told the court ‘community tensions’ had been raised in the area as the result of the death of Mr Fishwick, an ex-serviceman.

No pleas were entered and there was no application for bail.

District Judge Jane Hamilton told the defendant: ‘This is a serious matter and can only be dealt with by a judge and jury at crown court. Police say they were called following a report of an assault. Pictured: Police at the scene 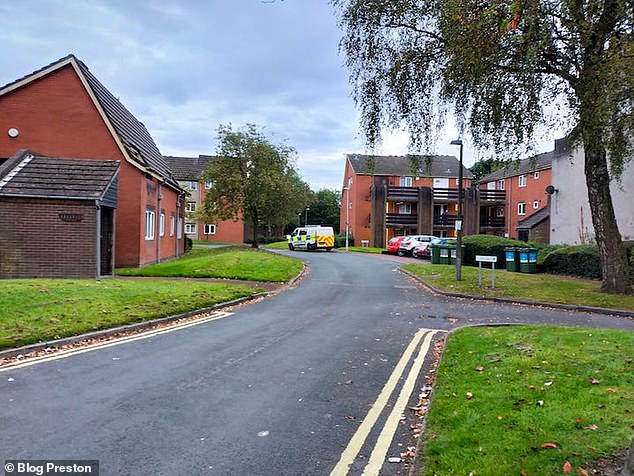 Officers attended and found Mr Fishwick with a fractured nose and it was reported he had been remonstrating with youths nearby. Pictured: Police at the scene in Preston last week

‘I’m transferring this matter now to the crown court where you will appear on October 12.’

In a tribute after his death Mr Fishwick’s family described him as an ‘adored father and grandfather’.

He had served in the Army Royal Corps of Engineers and later worked for Leyland Motors.

Detective Chief Inspector Mark Haworth-Oates, of Lancashire Police said: ‘First and foremost our thoughts remain with Mr Fishwick’s family, who continue to be looked after by specialist officers.

‘Our inquiries are very much ongoing and we have now charged a man in relation to this incident.

‘However, we are continuing to ask witnesses to come forward.

‘If you saw the incident or have any information about who was involved and what happened, please let us know.

‘Similarly, if you have any dashcam, CCTV or mobile phone footage showing what happened, please tell us.’

Anybody with information is asked to get in touch on 101, quoting log 879 of September 10.