Wild new video has emerged of the moment a tracksuit-wearing man rushes two female cops outside a cinema before allegedly repeatedly punching and kneeing one in the head and then fleeing.

The police bodycam footage shows the two officers, aged 30 and 32, instructing the pedestrian to move off the road in Bankstown, south-west Sydney, about 11.50am on Monday.

The alleged thug then races towards the pair, unleashing a flurry of punches at one officer and leaving her dazed before punching and kneeing the second officer in the head, police allege. 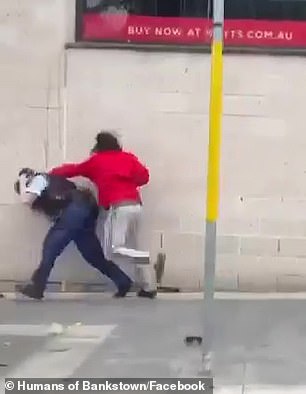 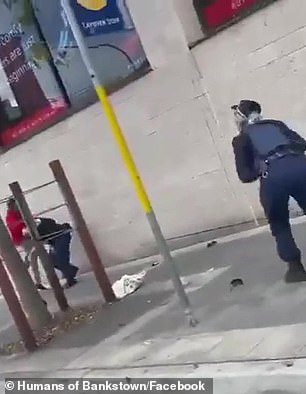 The first officer regains her bearings and pepper sprays the man, causing him to flee and board a nearby train.

Paramedics and additional police rushed to Jacob Street Terrace and to assist the officers who were both injured in the incident and were transported to Bankstown Hospital for treatment.

After inquiries officers then tracked down and arrested the red-hoodie wearing alleged offender at a park in Yagoona.

He was taken to Bankstown police station where he then allegedly assaulted a third officer – a 32-year-old senior constable – who was also treated at hospital. 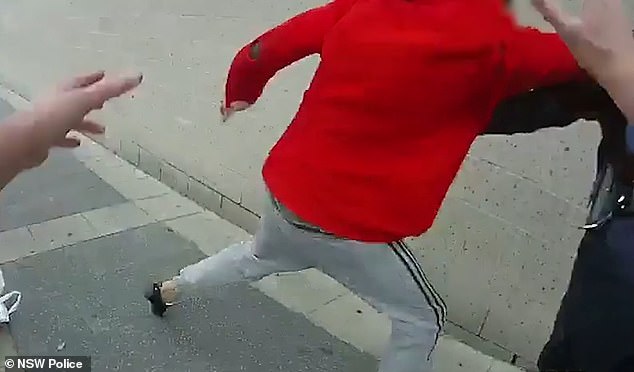 He was refused bail and briefly appeared in Bankstown Local Court on Tuesday.

NSW Police Deputy Commissioner Mal Lanyon on Tuesday defended one of the female police officers who has been criticised on social media for not doing enough to protect her colleague. 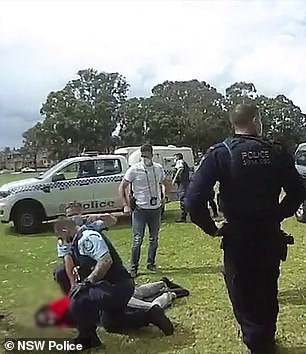 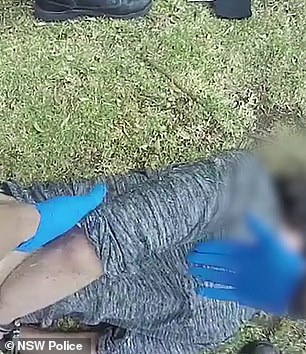 Police arrested a man, 43, on Tuesday and he has been charged with a number of offences including assault police and breaching Covid public health orders (pictured)

He said he had seen another video clearly showing the first officer was repeatedly kicked and punched first and ‘was dazed as a result of that assault’.

‘If she hadn’t done the actions she did the other officer could have been more significantly injured… she did a fantastic job to recover.’