A mother’s night out with friends took a terrifying turn when all their drinks were spiked, leaving them unable to walk or talk.

Kura Perkins and her friends were sharing a bottle of sparkling wine at Freo Social in Fremantle in Perth’s south on Friday.

Ms Perkins said that the group put their drinks down to go and dance, and only minutes later she was unable to move. 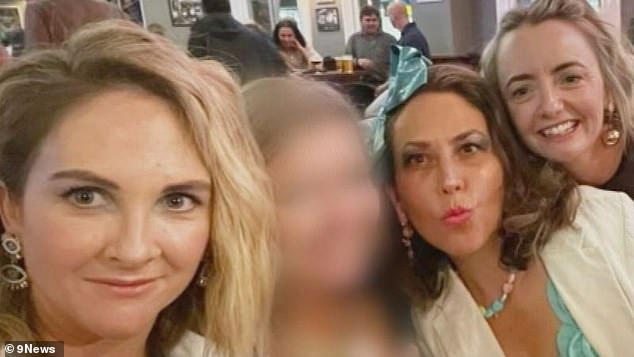 Kura Perkins and her friends has their drinks spiked while dancing at Freo Social in Fremantle on Friday night (pictured, Ms Perkins 2nd from the right and her friends)

The mother-of-three was one of three woman made violently ill and had to rely on strangers to hold her up while she tried to contact her husband.

‘The last thing on our minds was having our drinks spiked,’ Ms Perkins told 9 News.

She said her symptoms included being ‘very incoherent, not being able to stand up or walk, numbness in the legs and violent vomiting’.

Ms Perkins said there was a 45 minute gap where she had no idea what she was doing, after she ended up outside the bar alone.

Two good Samaritans came to her rescue, but she was unable to tell them who she was with or who she even was.

They eventually contacted her husband who came to pick her up. 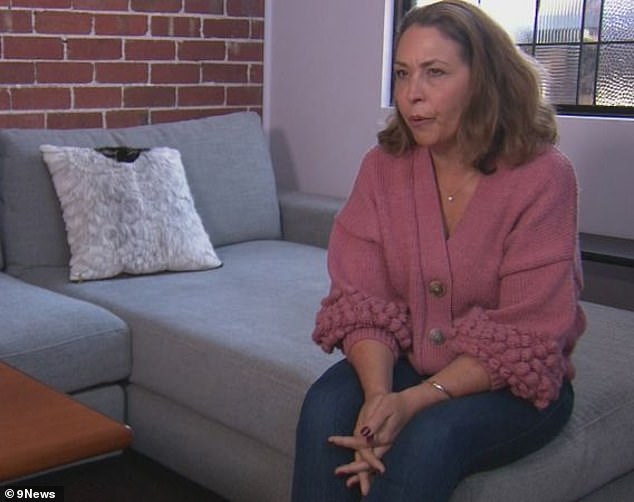 The women were left unable to walk or talk as they fell violently ill while at the bar (pictured, Ms Perkins speaking about her ordeal)

Freo Social said incident was reported to police who attended the bar that night and staff were cooperating with authorities..

‘Thankfully, the victims have all recovered physically. However, this is something no one should go through. It is both frightening for the victims and their friends and family,’ it said.

‘We are deeply saddened that this occurred at our venue – a place we strive to be safe for all.’

Ms Perkins urged everyone to be very wary of leaving their beverages alone on a night out after her and her friends’ horrific experience.