Footage of the terrifying 320kph fire tornado which whipped smoke and flames 6km into the air before tossing a 10-tonne truck, killing a hero young firefighter inside, has been released at an inquiry into his death.

Samuel McPaul, 28, died in the blistering blast of the deadly fire vortex, with two of his fellow Rural Fire Service volunteers seriously injured, during the Black Summer bushfires on December 30, 2019.

Fire chiefs watched in horror as the devastating tornado formed near the NSW–Victorian border and then sped towards them, incinerating everything in its path.

‘As I looked up the hill I could see a large whirlwind or tornado starting to build up,’ Captain John Hawkins told the NSW Bushfires Coronial Inquiry on Tuesday. 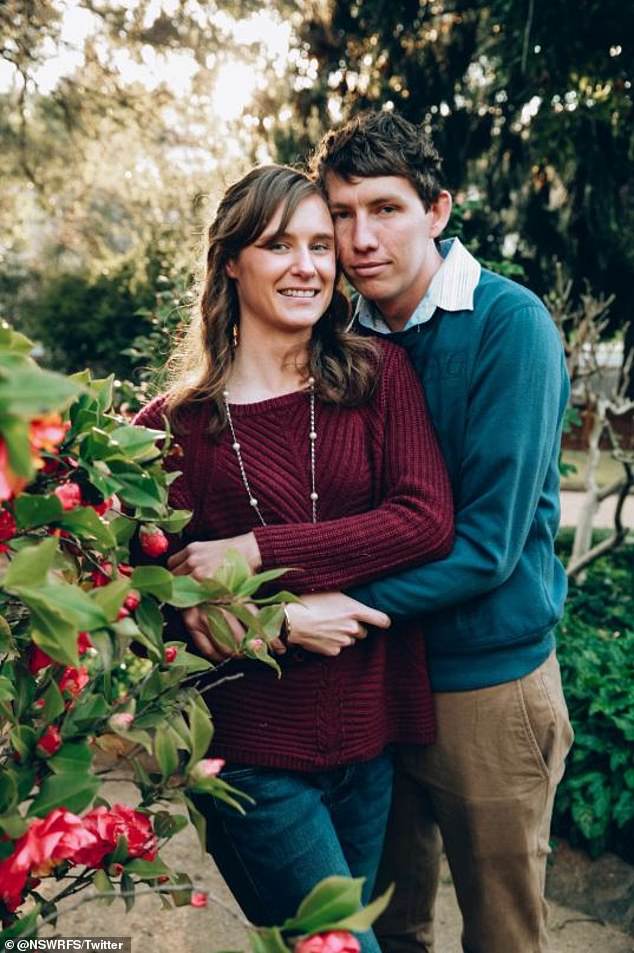 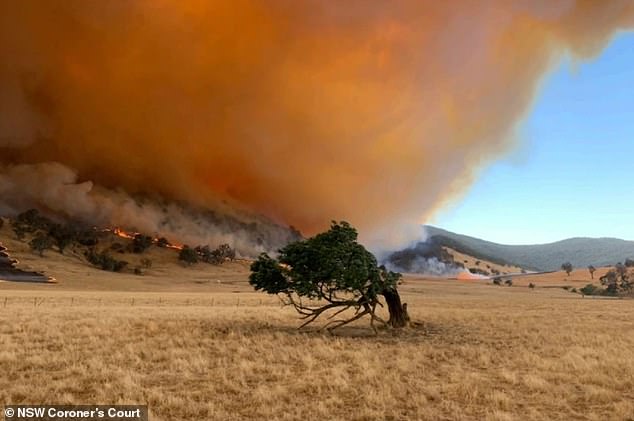 Fire chiefs watched in horror as the devastating tornado (pictured) formed near the NSW–Victorian border and then sped towards them, incinerating everything in its path

‘It was a large column of black smoke swirling in a clockwise direction and throwing burning logs and sticks out into surrounding paddocks.

The whirling firestorm was sparked by a blaze spreading from nearby Green Valley fire which was started the day before by a lightning strike.

But as it came near Jingellic on the state border, it took on monstrous proportions.

‘I could see the fire getting bigger and I could tell we were in for a s*** fight if it went on,’ RFS member Mark Reeves told the inquiry in a statement, reported the ABC. 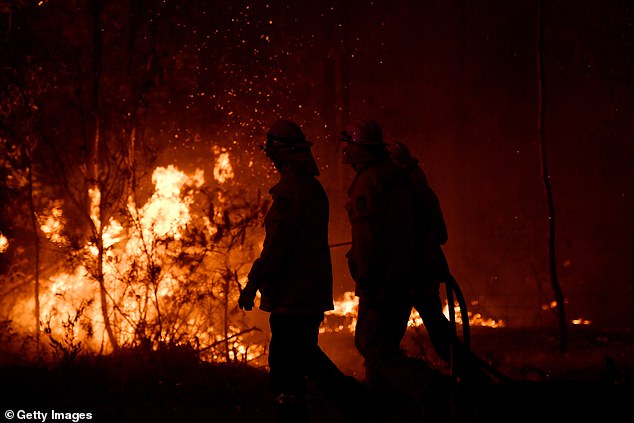 The whirling firestorm, on December 30, 2019, was sparked by a blaze spreading from nearby Green Valley fire which was started the day before by a lightning strike (pictured, RFS firefighters near Susse Inlet on New Year’s Eve) 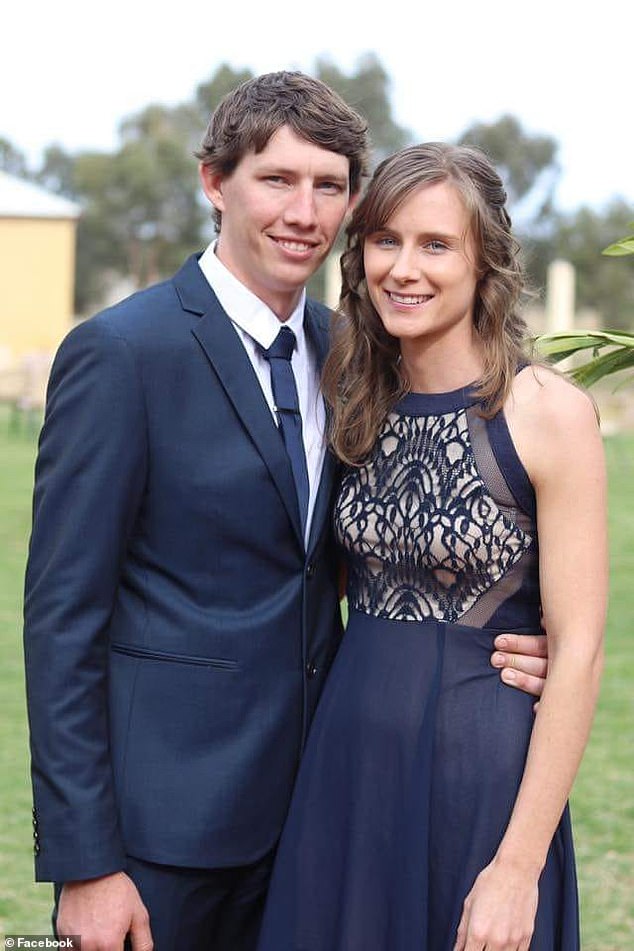 Low humidity, high temperatures and strong winds combined to create the rare but perfect conditions for the firestorm which killed firefighter Samuel McPaul (pictured here with his wife Megan)

Low humidity, high temperatures and strong winds combined to create the rare but perfect conditions for the firestorm to wreak havoc, the Bureau of Meteorology explained.

As the fire intensified, it created the vortex that ripped through the tinder dry bush – just 60m wide but taking flames and debris several kilometres into the sky and tossing trees like matchsticks.

‘Trees in the damage path were torn out of the ground and thrown, in some cases, 100 metres to the south,’ said a BoM report to the inquiry.

In a matter of minutes it whipped itself into a fire frenzy and then just as quickly disappeared after literally burning itself out. 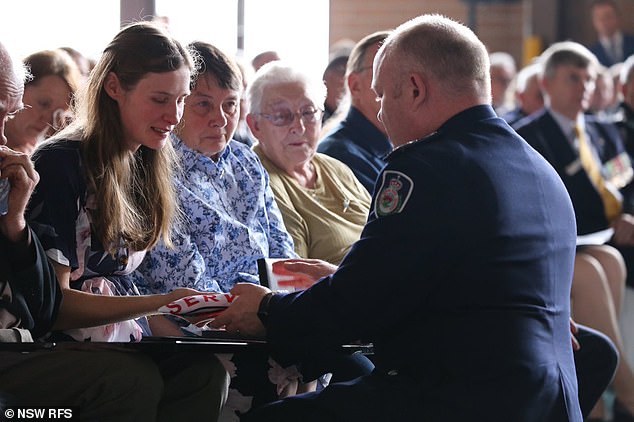 The BoM added: ‘The fire tornado had burnt and sucked everything from the ground.’

The Green Valley fire would continue to burn for another 52 days, razing 46,000 hectares of bushland.

Australia’s 2019/2020 bushfires were the worst the country has ever seen in recorded history, beginning in September 2019 and raging on until March 2020.

By the time the last ember was extinguished, 34 people had died, 3,500 homes were lost, thousands more buildings were razed and more than 19 million hectares of bush had been ravaged by fire, mostly in NSW.

Scientists have estimated up to a billion vertebrate animals were killed by the merciless infernos.

The inquest into the death of Mr McPaul will begin on Wednesday.