By Karen Ruiz For Dailymail.com

Reclusive Hollywood veteran Cybill Shepherd has been pictured out and about in Los Angeles for the first time in two years.

The 72-year-old star was seen on a relaxing stroll around her neighborhood as she walked her three rescue dogs last month, exclusive DailyMail.com photos show.

The model-turned actress, who has won three Golden Globes since her breakthrough role in The Last Picture Show 50 years ago, was accompanied by her dog walker who helped with two of the pups. 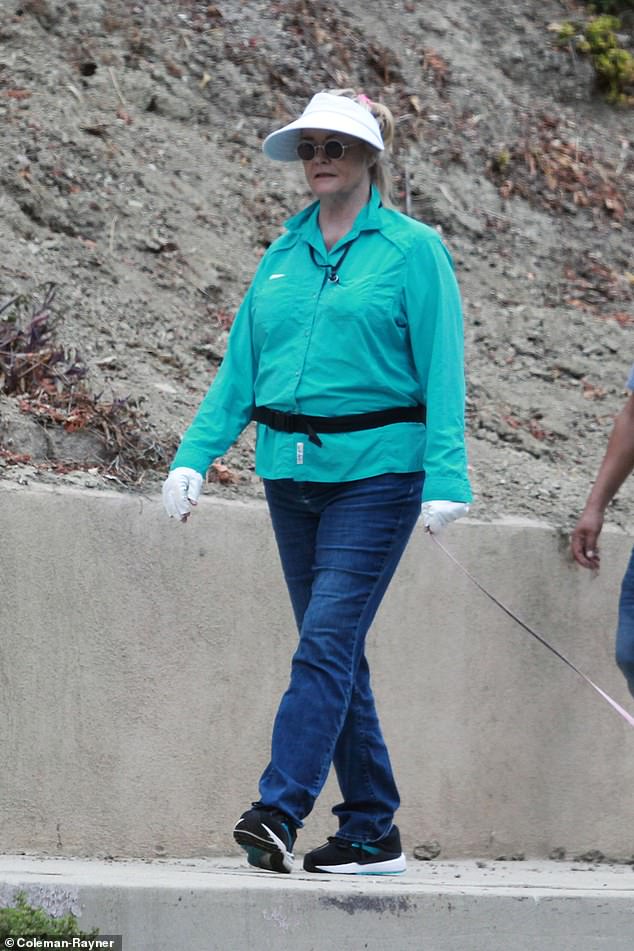 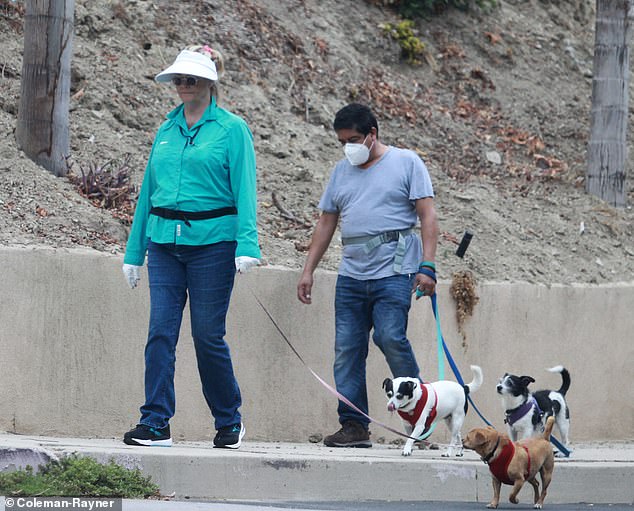 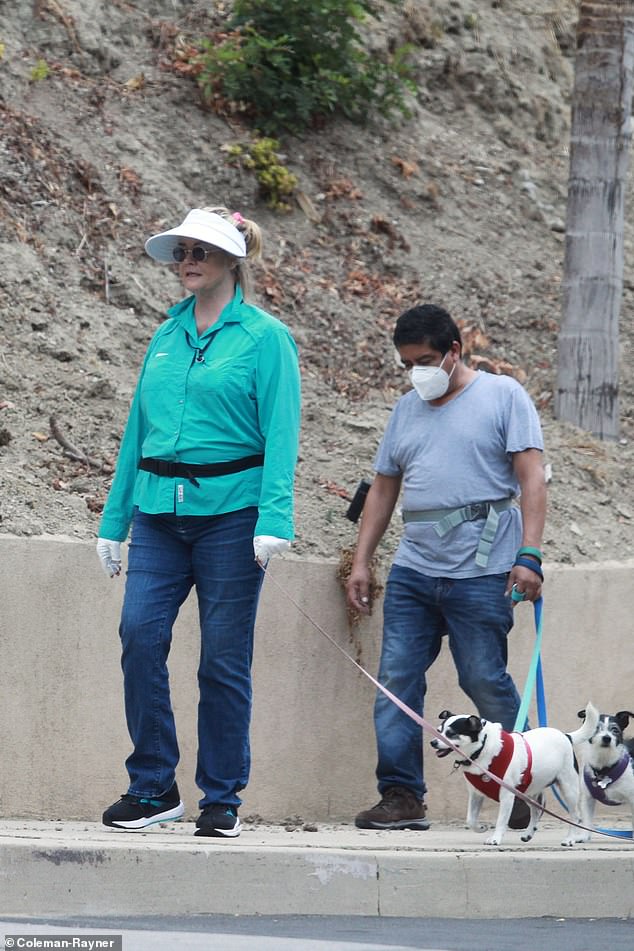 The Hollywood veteran dressed comfortably in a turquoise jacket, jeans, sneakers, and a white visor and sunglasses. She was also seen wearing white fingerless gloves 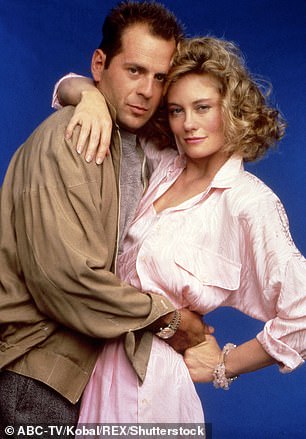 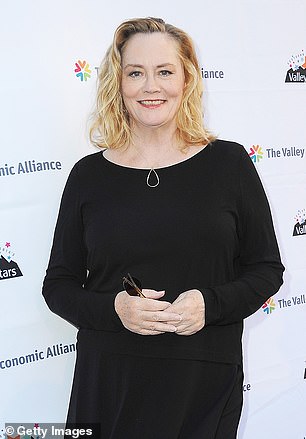 Shepherd (pictured left alongside Moonlighting co-star Bruce Willis in the 1980s) was tapped to star in an upcoming Showtime comedy series last year, but was reported to have pulled out of the show in July

Shepherd, who went maskless during the outing, led the way, walking alongside her adorable brown pooch.

She wore a white visor, shades, turquoise jacket, blue jeans with sneakers, and a pair of fingerless gloves.

The sighting comes shortly after Shepherd was reported to have exited Vanessa Bayer’s upcoming Showtime comedy series, I Love This For You.

The semi-autobiographical show is centered around a character who overcomes cancer and decides to pursue a career as a home shopping channel host.

In November, Shepherd was said to have been tapped to star in the pilot as Patricia Kunken, an aloof and enigmatic CEO of a widely popular home shopping network. 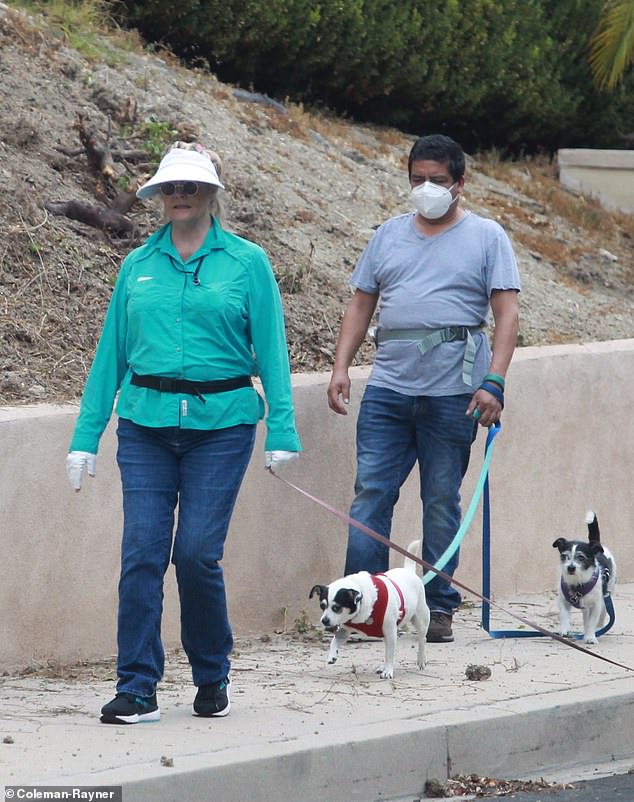 Shepherd, who has been married twice, is known for her long-spanning film career and for her TV role as Maddie Hayes in ABC comedy-drama Moonlighting from 1985 to 1989 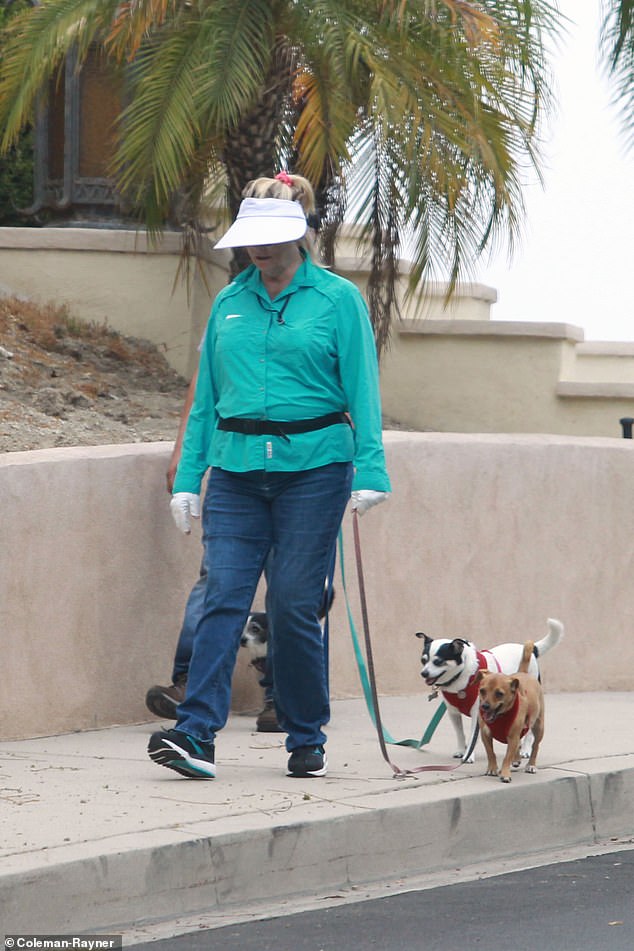 She was due to return to television in new Showtimes series, I Love This For You, but left the show after shooting the pilot, according to reports 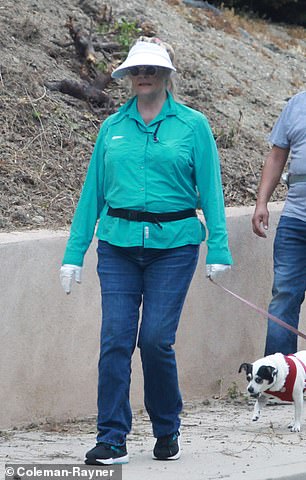 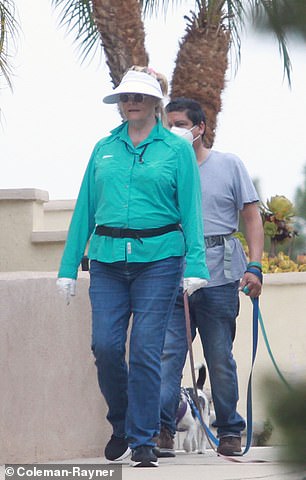 Prior to last month’s outing, Shepherd was last seen out in LA when she attended a Dodgers baseball game on September 8, 2019 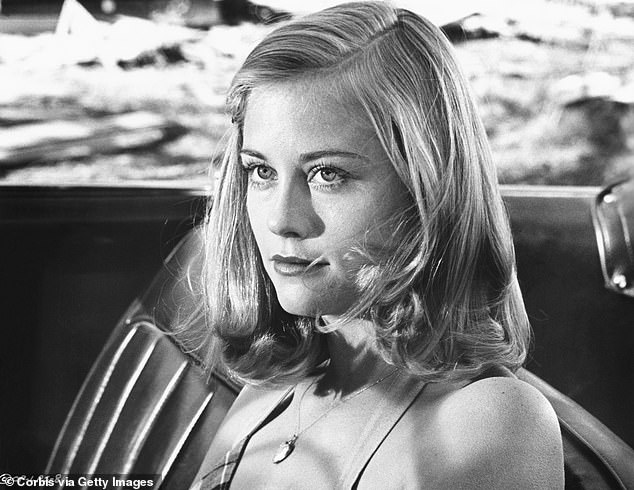 Shepherd landed her breakthrough role in 1971 as Jacy Farrow (pictured) in The Last Picture Show, for which she nominated for a Golden Globe. She went on to win three Golden Globes for Best Actress in the 80s and 90s

But the three-time Golden Globe winner withdrew from the show in July after the character ‘moved in a different direction’ from the pilot, according to The Hollywood Reporter.

She was replaced by Black-ish actress Jenifer Lewis who joined the cast last month.

Shepherd, who has also starred in such classics as Moonlighting, Taxi Driver, and The Heartbreak Kid, has four adult children and has been married twice.

Her first marriage was to auto parts dealer and nightclub entertainer David M. Ford from 1978 to 1982, then to chiropractor Bruce Oppenheim, whom she divorced three years later in 1990.

Most recently, she leant her support to environmentalist who successfully opposed plans to construct a giant pipeline, named the Byhalia Connection, through her birth city of Memphis, Tennessee.

Prior to last month’s outing, Shepherd was last seen out in LA when she attended a Dodgers baseball game on September 8, 2019.