A crew member fell 30 feet from a catwalk on the set of Kevin Hart and Mark Wahlberg’s new Netflix film, and was so badly injured that his heart stopped and he had to be revived by first responders.

The accident occurred at around 7.04am Tuesday at Sunset Gower Studios in Hollywood, with the Los Angeles Fire Department reporting that a 38-year-old man there suffered a ‘long fall.’

When paramedics arrived, on-set medical workers were performing CPR on the crew member, who did not have a pulse and was reported as being in ‘grave condition’.

LAFD EMTs placed him on a cardiac monitor and used a defibrillator device multiple times to restart his heart before he was rushed to a nearby hospital in a critical condition, according to TMZ.

His current condition is not known.

The accident occurred on Stage 12 at the studios where the upcoming Hart and Wahlberg flick Me Time was being filmed, Deadline first reported. 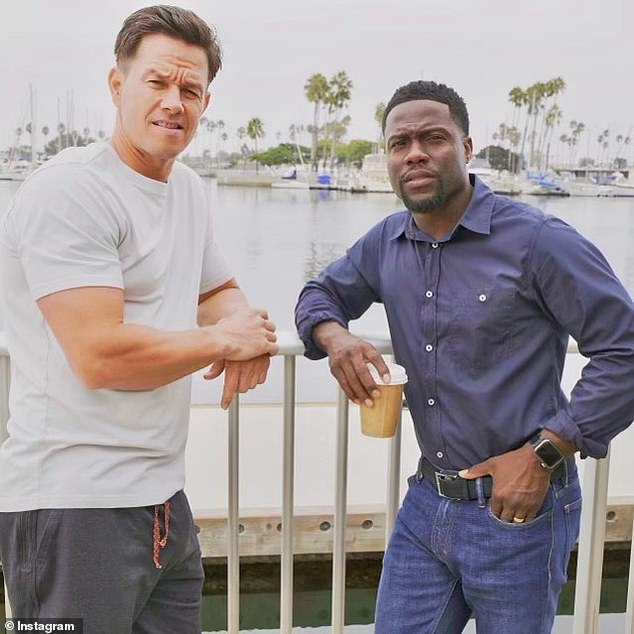 The man suffered fractures to his arms and legs after falling from a suspended catwalk about 30 feet in the air.

It is not known if the man was wearing a safety harness.

Deadline reports that the man is believed to be a stage technician.

‘He has a fighting chance of survival thanks to the EMTs and the paramedics,’ LAFD spokesman Brian Humphrey told Variety.

LAPD were called to the scene later in the day Variety also reported. 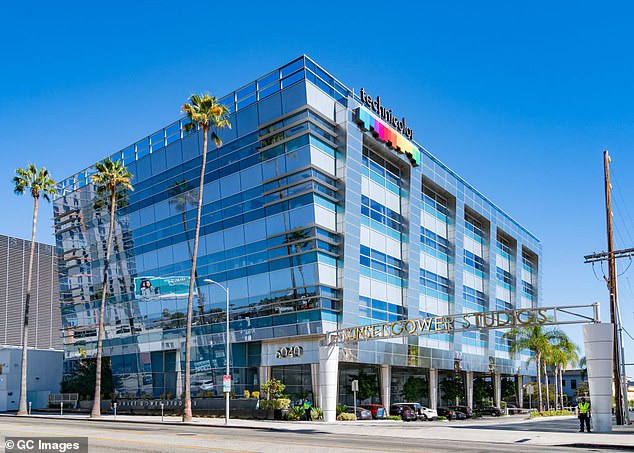 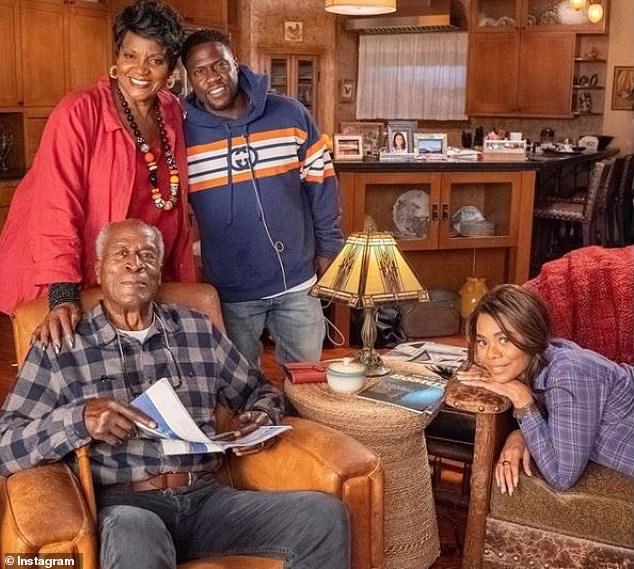 In addition to Hart and Wahlberg, Me Time features actress Regina Hall (right) seen in a teaser she posted to Instagram Monday for the film

Me Time follows Hart as a dad who suddenly finds himself with a free weekend while his wife and kids are away, and decides to call his old best friend played by Wahlberg, What’s on Netflix reported.

Reunited, the two go on a wild weekend excursion.

Production on the film began in August, and is scheduled to last until October.

It is being being written and directed by John Hamburg, who previously collaborated with Hart on the 2018 film Night School and will also feature actress Regina Hall.

The latest film is part of an exclusive contract between Netflix and Hart’s Hartbeat Productions, Deadline reported.

It is likely to be released on the streaming platform sometime in spring or summer 2022.