The ACT have extended the territory’s lockdown by a further four weeks after 22 new coronavirus cases were recorded on Tuesday.

Chief Minister Andrew Barr confirmed the extension of the current restrictions in his daily Covid press conference after 13 of the new cases were infectious in the community.

There are 8 new tranmissions unlinked to previous cases with 10 people in hospital including two in ICU.

The lockdown will extend until October 15 after an initial seven-day lockdown was brought in on August 12. 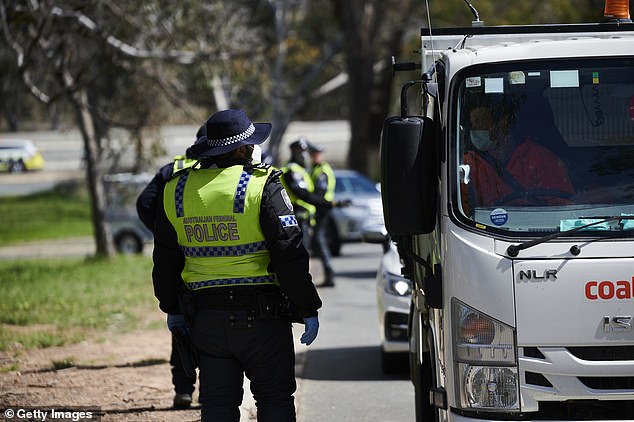 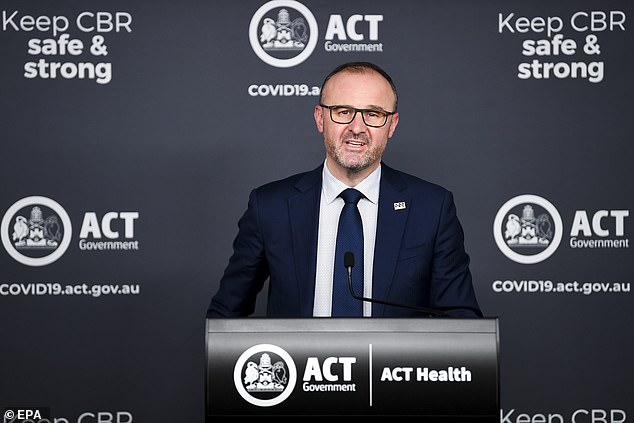 Mr Barr said the priority now is to vaccine as many residents as possible, with half the population currently fully vaccinated.

As the nation reaches the vaccination thresholds outlined in the national plan to transition Australia’s COVID-19 response, we will be in a position to support the gradual easing of restrictions in the ACT,’ he said Tuesday morning.

‘Based on the current vaccination trajectories, the nation is anticipated to reach 70 per cent and 80 per cent effective vaccination milestones in mid-October and early to mid-November.

‘This will be driven by the strong vaccination program in New South Wales, Victoria and the ACT which, combined, comprise 60 per cent of the national population.’

He said the goal is to get the territory ‘as close to zero cases as possible’ but said the threat of cases coming from NSW was constant.

‘We are seeing incursion of the virus outside of the Greater Sydney area. So, I have said this from this podium, probably a dozen times over the last 30 appearances, that we have been at risk from New South Wales.