There are currently ‘no plans’ for Boris Johnson to take bereavement leave following the death of his mother, Downing Street said this afternoon.

Charlotte Johnson Wahl died ‘suddenly and peacefully’ at the age of 79 at St Mary’s Hospital, Paddington, on Monday according to a death notice in The Times.

Mr Johnson opened a meeting of his Cabinet this morning by thanking his ministers for their messages of condolence.

Asked if Mr Johnson will take bereavement leave, the Prime Minister’s Official Spokesman said: ‘There is no plans for that at the moment.

‘You have seen the Prime Minister chaired Cabinet this morning, he is doing the press conference today. There is no plans for that currently.’

Mr Johnson chaired Cabinet and will host a Downing Street press conference this afternoon to answer questions on the Government’s coronavirus winter plan. He is then due to take part in PMQs tomorrow lunchtime.

Health Secretary Sajid Javid offered his condolences as he set out the coronavirus plan in the House of Commons today. 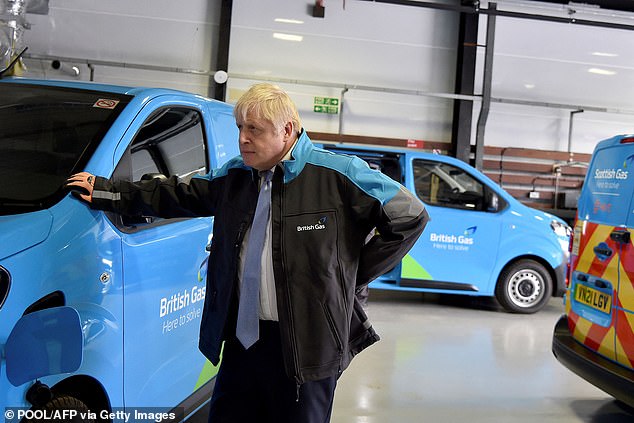 There are currently ‘no plans’ for Boris Johnson to take bereavement leave following the death of his mother, Downing Street said this afternoon. The Prime Minister is pictured yesterday during a visit to a British Gas training academy near Leicester 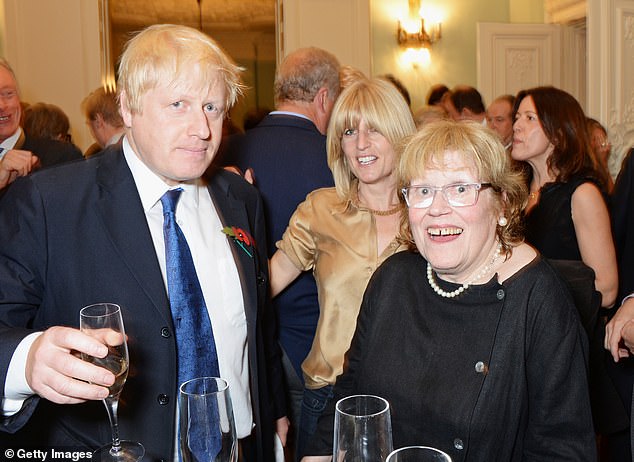 Charlotte Johnson Wahl died ‘suddenly and peacefully’ at the age of 79 at St Mary’s Hospital, Paddington, on Monday according to a death notice in The Times. Ms Johnson Wahl is pictured at an event in October 2014

Referring to Mr Johnson and his brother Jo Johnson, Mr Javid said: ‘Before I make my statement today I am sure the whole House will want to join me in offering our condolences to my right honourable friend the Prime Minister and my noble friend the Baron Johnson of Marylebone on the loss of their mother who sadly passed away yesterday.

‘Our thoughts are with them and their whole family at this most difficult of times.’

Mr Johnson once described his mother as the ‘supreme authority’ in the family and credited her with instilling in him the equal value of every human life.

Labour leader Sir Keir Starmer was among the first politicians to offer his condolences.

‘I’m very sorry to learn of the Prime Minister’s loss. My condolences to him and his family,’ he tweeted.

Tory MP Conor Burns said: ‘So sad to hear of the death of Boris Johnson’s Mum. Thoughts and prayers are with him and the whole of the Johnson clan.’

Fellow Conservative Angela Richardson added: ‘Sad news for the PM tonight as well as the rest of the Johnson family. Thoughts with them all.’

Conservative Party co-chairman Amanda Milling tweeted: ‘Thinking of Boris Johnson and his family this evening. Our thoughts and prayers are with you.’

The daughter of the barrister Sir James Fawcett, who was president of the European Commission for Human Rights in the 1970s, Mrs Johnson Wahl studied English at Oxford University.

She interrupted her education to travel to America with Stanley Johnson – who she married in 1963 – before returning to complete her degree as the first married female undergraduate at her college, Lady Margaret Hall. 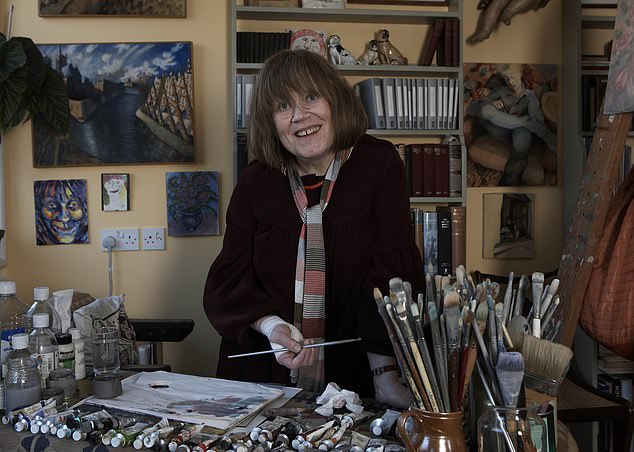 Born Charlotte Fawcett, she was the daughter of the barrister Sir James Fawcett – who was president of the European Commission for Human Rights in the 1970s 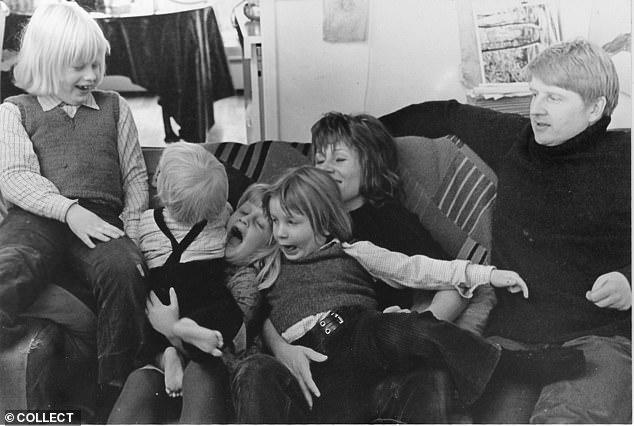 The Johnson family pictured in London in 1972 with (left to right) Boris (aged 8) watching Jo, Rachel and Leo with their mother Charlotte and father Stanley

The couple had four children – Boris, journalist Rachel, former minister Jo and environmentalist Leo – before they divorced in 1979.

As an artist, she made her name as a portrait painter – her sitters included Joanna Lumley and Jilly Cooper – although throughout her life she painted other subjects, including landscapes.

In the years following her divorce, she refused to accept any money from her former husband, eking out a living by selling paintings. She later recalled she was ‘very hard up’.

In 1988, she married the American professor Nicholas Wahl and moved to New York where she began painting cityscapes – which were the subject of a sell-out exhibition in 2004 – but returned to London following his death in 1996.

At the age of 40, she was diagnosed with Parkinson’s disease but she never allowed her illness to prevent her painting, steadying herself with a walking frame as she worked.