Shock jock Howard Stern slammed Joe Rogan for using Ivermectin when the popular podcaster contracted COVID, doubling down on his comments from last week that the vaccine should be ‘mandatory’ and that unvaccinated people shouldn’t burden hospitals.

The Sirius XM host criticized Rogan’s off-label use of Ivermectin – an anti-parasite drug used mainly on horses and cows – when multiple COVID-19 vaccines are readily available.

‘I heard what Joe Rogan was saying, ‘what are you busting my balls [for]? I took horse de-wormer and a doctor gave it to me.’ Well a doctor would also give you a vaccine, so why take horse de-wormer?’ Stern, 67, said on Monday.

Rogan, 54, announced he had COVID on September 1 after the comedian playing a series of shows in Florida, which is undergoing a spike in cases due to the highly contagious Delta variant. He said he was treated with a hodgepodge of medicines including monoclonal antibodies, prednisone, and Ivermectin. 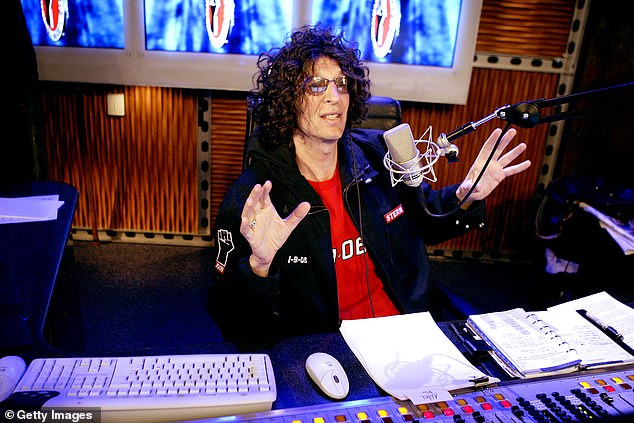 Howard Stern, 67, criticized Joe Rogan’s use of Ivermectin for COVID-19 as he doubled down in calling for vaccines to be ‘mandatory’ on his Sirius XM radio show 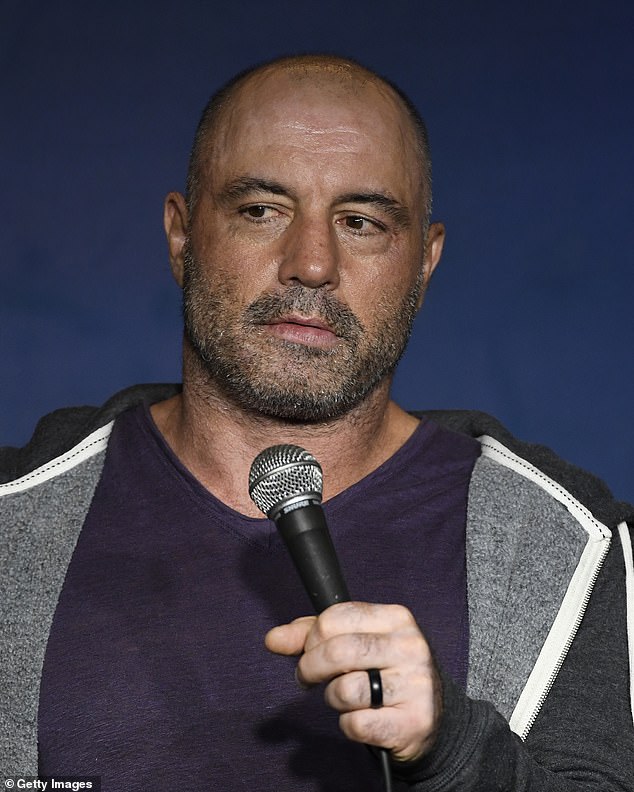 Podcaster Joe Rogan, 54, announced he had COVID earlier this month

His announcement came after he played a series of shows in Florida, which is suffering from record cases and deaths as the more contagious Delta variant spreads

The Centers for Disease Control has warned that Ivermectin is not approved to treat or prevent COVID, despite a spike in sales during the pandemic.

The medication is used to treat river blindness and intestinal strongyloidiasis in humans, and topical formulations are used to treat head lice and rosacea, but large concentrations meant for animals can result in overdoses.

It’s not known if Rogan, who signed a $100 million deal with Spotify last year, is vaccinated, but the host has previously decried vaccine mandates as being one step closer to a ‘dictatorship’ and said that young people shouldn’t have to get jabbed.

‘I’m not an anti-vax person,’ Rogan said on his show in April, according to CNN.

‘In fact, I said I believe they’re safe and I encourage many people to take them. My parents were vaccinated. I just said I don’t think if you’re a young healthy person you need it.’ 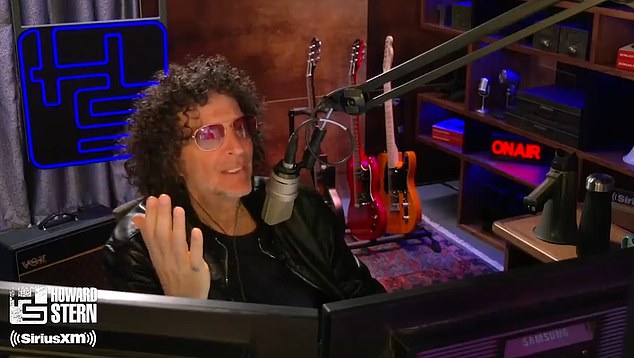 Stern started out in radio in 1986 as a shock jock, with a reputation similar to Rogan’s 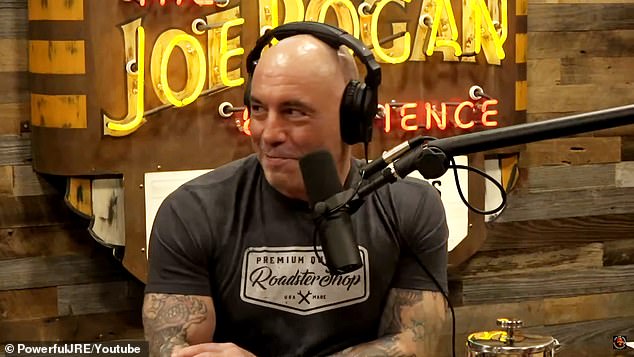 Rogan signed a $100 million deal with Spotify last year. It is not known if he’s vaccinated, though he’s questioned the need for vaccine mandates and for vaccinating the young

Stern voiced little sympathy for unvaccinated ‘imbeciles,’ suggesting that they should skip medical care if they get the coronavirus despite readily available vaccines.

‘We have no time for idiots in this country anymore,’ Stern said on Monday.

‘We don’t want you. We want you to all, either go the hospital, and stay home, die there with your COVID. Don’t take the cure, but don’t clog up our hospitals with your COVID when you finally get it. Stay home, don’t bother with science, it’s too late. Go f*** yourself, we just don’t have time for you.’

‘You notice, in every single case, all this anti-science shit goes right out the window when people end up in the emergency room and they can’t breathe,’ Stern continued, according to Mediaite.

Conservative hosts Marc Bernier, Phil Valentine and Dick Farrell all died of COVID last month after decrying the vaccine and other pandemic safety protocols. Stern has previously mocked the hosts on his show.

‘There’s never been one that said “I’m so glad I refused. I’m so happy that I can’t breathe. This is a wonderful way to die, it was worth it because I didn’t take the vaccine,'” Stern said.

Stern called for the vaccine to be mandatory on his show last week, and expressed surprise at the media blitz that followed.

Who are the radio hosts mocked by Howard Stern who died from Covid? 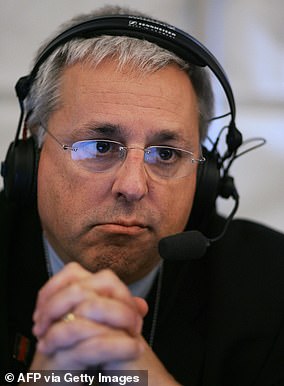 Bernier was one of the longest-running figures on Daytona talk radio.

He was hospitalized for Covid in early August, and his death was announced on August 29 by his station via social media.

Bernier had labelled himself ‘Mr. Anti-Vax’ on the air in December 2020.

News Daytona Beach said: ‘It’s with great sadness that WNDB and Southern Stone Communications announce the passing of Marc Bernier, who informed and entertained listeners on WNDB for over 30 years.’

A talk radio host in Nashville, Valentine told his listeners he was diagnosed with Covid on July 11. 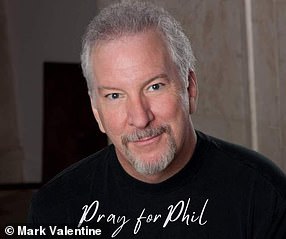 A talk radio host in Nashville, Valentine told his listeners he was diagnosed with Covid on July 11

He died in August after a month-long battle with the virus, and reportedly admitted that he wished he had taken the vaccine sooner.

In a more considered approach, Valentine previously recommended that people with underlying health conditions should get the vaccine, but claimed that low-risk people are ‘probably safer not getting it’.

WTN Radio said: ‘We are saddened to report that our host and friend Phil Valentine has passed away. Please keep the Valentine family in your thoughts and prayers.’

Florida radio host Farrell was among the harshest critics of the vaccine on the airwaves. 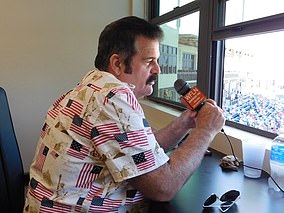 On July 1, Farrell claimed that two people he knew who had received the vaccine were later hospitalized

On July 1, he claimed that two people he knew who had received the vaccine were later hospitalized.

‘Vaccine Bogus Bull Shid!, Two peeps I know, got vaxxed, now have Corona, hospitalized critical. Thank you Moderna, FOR NOTHING!’

One of Farrell’s friends, Amy Leigh Hair, posted on Facebook after his death in early August that Farrell had warned her to get the vaccine after he was hospitalized.

‘Covid Took One Of My Best Friends! RIP Dick Farrel. He is the reason I took the shot! He texted me and told me to ‘Get it!’ He told me that this virus is no joke and he said: ‘I wish I had gotten it!’ she said.