By Charlie Walker For Mailonline

It must one of strangest places ever to host a football match, but a British charity has helped construct a floating pitch on a deprived island in the Philippines.

The love of the beautiful game knows no bounds and the new facility in the Sulu Sea, in the far west of the Pacific Island state, brings football to a village built on water.

Football for Humanity has helped create a floating surface constructed using oil drums and a wooden frame for children known as ‘sea gypsies’ to develop their skills, as part of a community development project. 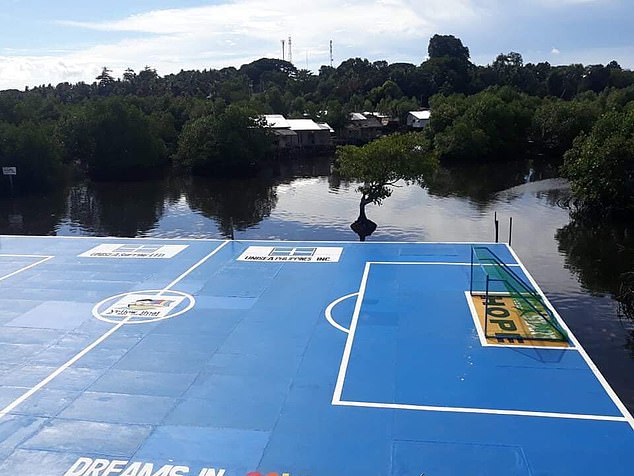 The area of Maluso on the island Basilan, almost 900 miles south of the capital, Manila, is one of the poorest parts of the Philippines. To reach Manila it is a 36 hour journey, including five ferry crossings.

The project aims to help save children from a life of piracy, criminal or terrorist activity. Football for Humanity, a small charity based based in north Wales, has teamed up with Philippine foundation the Yellow Boat of Hope to deliver the project.

Football for Humanity founder, Chris Thomas, who launched the charity in 2016, said: ‘This pitch is a massive testament to the inspired partnership of Yellow Boat Foundation and Football for Humanity to give holistic education to the underprivileged children living in Maluso, who will now enjoy the benefits of sport and play.

‘The pitch represents more than sport; it ushers community cohesion and promotes a better quality of life for everyone.’

The Maluso pitch will certainly encourage good technique. Missed chances and misplaced passes will require a boat trip or a quick swim to get the ball back.

However, that is unlikely to put local youngsters off. Football has an established history in the Philippines dating back more than 100 years and was introduced by Filipinos who had benefited from English education.

The first Asian footballer to play for a European club was Filipino. Paulino Alcántara turned out for Barcelona on 25 February 1912 aged 15. The striker is the club’s youngest and second highest goal scorer – behind Lionel Messi.

And the children who will benefit from the football pitch will at last have the chance to dream of following in Alcantara’s footsteps. 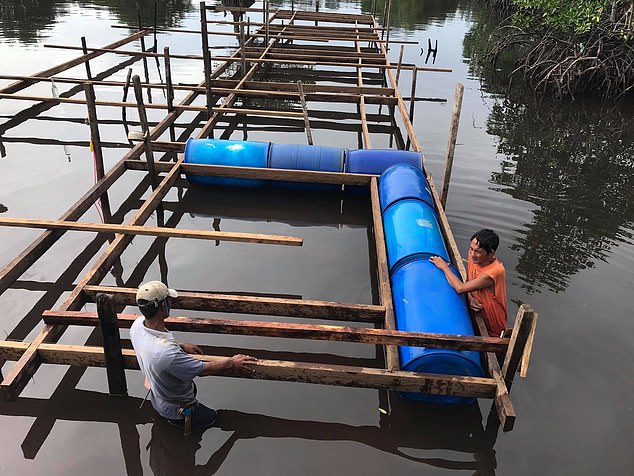 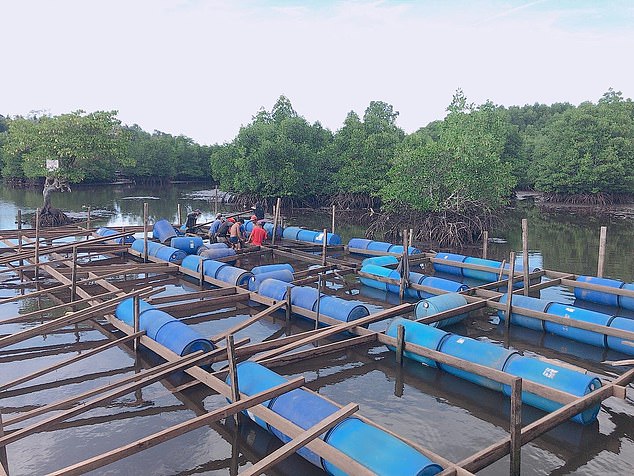 However, their parents sadly have more pressing concerns over the youngsters’ futures.

The community is part of the Badjao/Bajau tribe and they live on mobile dwellings in shanty towns built on sticks. Many youngsters have to swim to school due to a lack of boats.

Children are born into poverty and a lack of opportunity, making them vulnerable to criminal and terrorist groups looking for recruits, says Football for Humanity.

Education in the region is seen as secondary to survival. Four in five teenagers do not attend any educational setting as livelihood comes before anything else.

Families can go days without eating. The main source of income and food for families is fishing, which often falls victim to piracy. Most children are malnourished as older siblings are forced to look after younger brothers and sisters whilst their mothers collect clams or weave items to be sold locally and fathers go fishing. 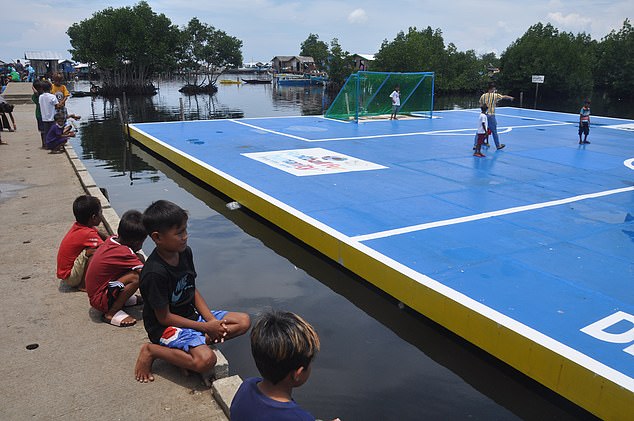 With children out of education coupled with a lack of opportunities, a high number turn to criminal activity in the form of drugs or piracy, says the charity. And it adds that some risk being recruited by terror groups with the Abu Sayyaf Islamic State-linked group active on the Island.

Charity workers believe the new pitch will make a difference.

‘We were so impressed and so happy to see our logo on the floor [of the pitch].’ Belle Tiongco told the charity’s website. ‘We’re part of this. We’ve dreamt together [with the Yellow Boat Foundation], and we made things happen,’

The extraordinary location of the floating pitch is not unrivalled, however. In March 2018, crew of the Norwegian Navy ice-breaking vessel, KV Svalbard, played a match on a huge slab of ice against scientists based in the Arctic, near Greenland.

Navy gunners were on guard in case polar bears invaded the pitch.