A Subway worker was suspended after dramatic surveillance footage showing her bravely fighting off an armed robber was leaked online.

Araceli Sotelo was working alone at a Subway in Rockford, Illinois last Sunday when a man stormed in demanding money. 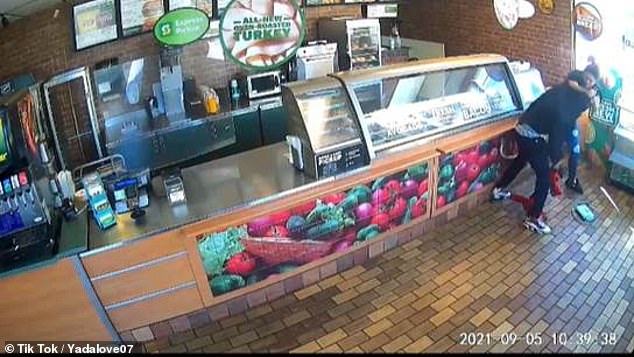 Araceli Sotelo was working alone at a Subway in Rockford, Illinois when a man dressed in all black came in the store demanding money 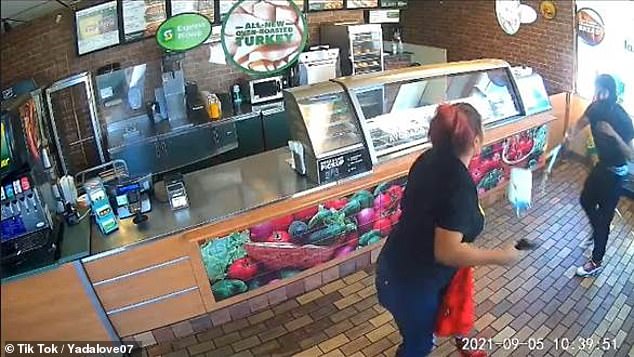 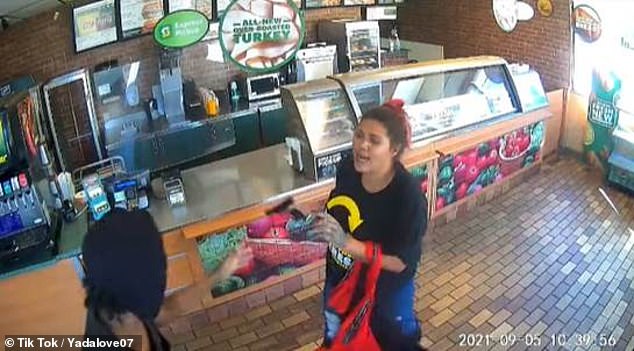 She wrestled the man pulling off his hoodie and what appears to be a red scarf. The man then dropped his gun and her purse in the struggle. Sotelo snatched the gun from the floor and hit the man with it when he refused to give her the purse

In the video, Sotelo can be heard frantically screaming ‘stop’ and ‘get out’  in attempts to get the man to leave the store at 1120 East State Street.

The man refused to leave and then grabbed Sotelo’s purse. That’s when she decided to fight back.

‘He was smaller than me, so I have that advantage. I’m bigger than him, so I could at least put my weight on him, push him, or something,’ Sotelo said.

Surveillance footage of the store shows Sotelo wrestling with the man and dragging him from behind the counter. The man dressed in a black t-shirt, hoodie, and ski mask eventually drops Sotelo’s purse, what appears to be a red scarf, and his gun on the ground.

Sotelo grabs the mans gun and the black hoodie that she wrestled from him as he picks up her purse. She yells at him to give her the purse and then hits the man with his gun.

‘He dropped (the gun) trying to hold onto my purse, and I end up pulling his sweatshirt off him and I was like ‘show your face, show your face, you are on camera.’ and he was like ‘here you can have your purse back just give me back my stuff.’ He wanted me to give him back his gun and his clothes,’ Sotelo said.

‘I just hit him on the head with it, that is what he was doing to me.’

Surveillance footage of the attempted robbery was posted online and shared on Sotelo’s TikTok account. 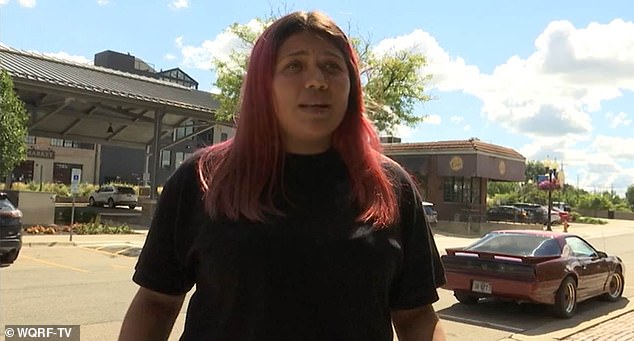 Sotelo said that she was suspended from her job after footage of the attempted robbery was posted online. She claims that she did not leak the video 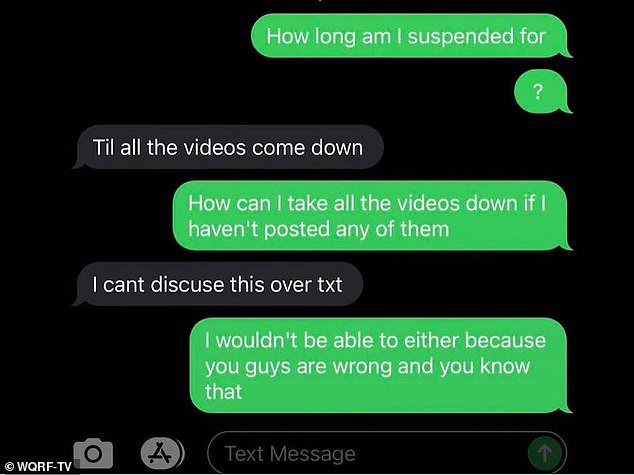 Despite Sotelo’s brave defense against the attempted robbery, the Subway employee was suspended from her job several days later.

Sotelo said she was told, ”if every one of these videos are not taken offline you will be suspended,’ and then I texted them and I’m like ‘how long am I suspended for?’ They said till everything is removed online. I have no ability to do that,’ Sotelo said.

Sotelo said she did not leak the video, and says the store owner is now ignoring her.

‘They did not want anyone to know, they wanted to be private that it happened to me and that I fought back, but I think they did that because they do not want corporate to know,’ Sotelo said.

A GoFundMe page has been set up by Sotelo’s mother to raise funds to fix Sotelo’s phone that was broken during the fight and to cover the loss of her purse.