South Australia will become the first state to make the Pfizer COVID-19 vaccination available to all residents aged over 12 years, including those above 60.

Premier Steven Marshall made the announcement less than 24 hours after the Northern Territory confirmed over-60s in the Top End could get the Pfizer jab.

‘It’s on for young and old,’ Mr Marshall told reporters on Saturday. 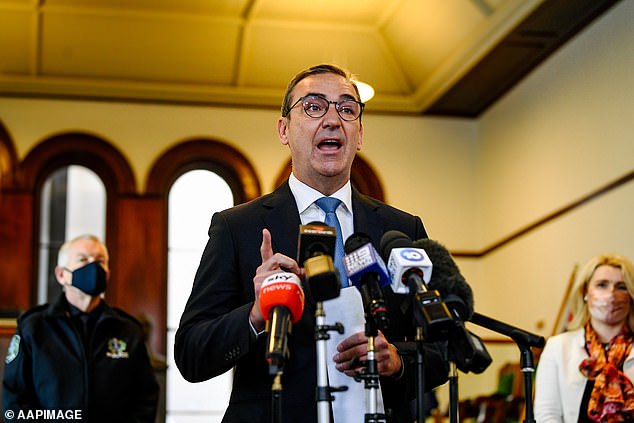 ‘From Monday, children aged 12 to 15 and people aged 60 and over will be able to book in for Pfizer vaccinations at state-run clinics.

‘It’s part of our plan to accelerate our pathway out of the pandemic as we add more than 60,000 new appointments from next week.’

‘We know there have been many people over the age of 60 who said, ‘We don’t want the AstraZeneca, we want the Pfizer jab, this is why we are not having the jab’,’ the premier said.

From Monday, people aged over 12 in South Australia will be able to book in for Pfizer vaccines

He encouraged South Australians who had already received a first dose of AstraZeneca to get a second AZ shot.

The ‘essential worker’ is a miner who arrived in Adelaide on a flight from Sydney about 9.30am on Friday. 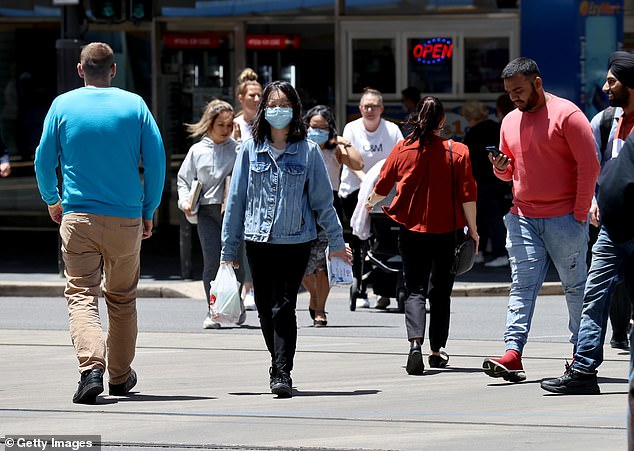 ‘There will be people in South Australia who receive an SMS about this (potential) exposure,’ Chief Public Health Officer Nicola Spurrier said.

The man travelled on flight VA406 and authorities confirmed he had been in isolation since arriving at the airport.

A mass vaccination clinic at Adelaide Showground this week doubled its capacity, and further pop-up clinics are being rolled out across the state.

Mr Marshall said the state was vaccinating about 100,000 people a week, which would help work towards easing border restrictions in time for Christmas. 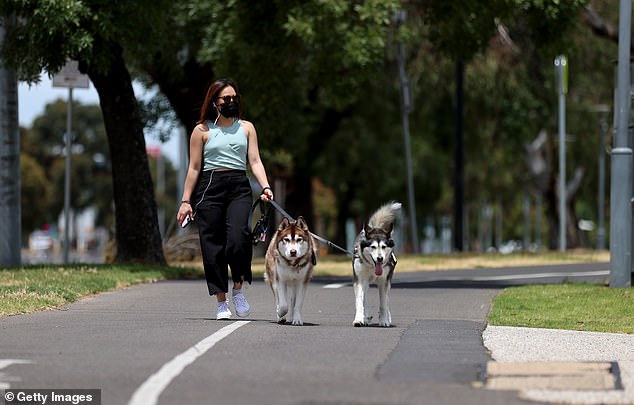 Mr Marshall said the state is vaccinating about 100,000 people per week and 40 per cent of the population is now fully vaccinated