The head of MI5 has warned that Britain could face a ‘spectacular’ attack like 9/11 after the West’s withdrawal from Afghanistan.

Ken McCallum said the security service was concerned that terrorists would be able to regroup and plan sophisticated operations targeting the UK.

Yesterday he revealed that MI5 and the police have thwarted 31 ‘late-stage’ plots to attack Britain in the past four years, including six during the pandemic. 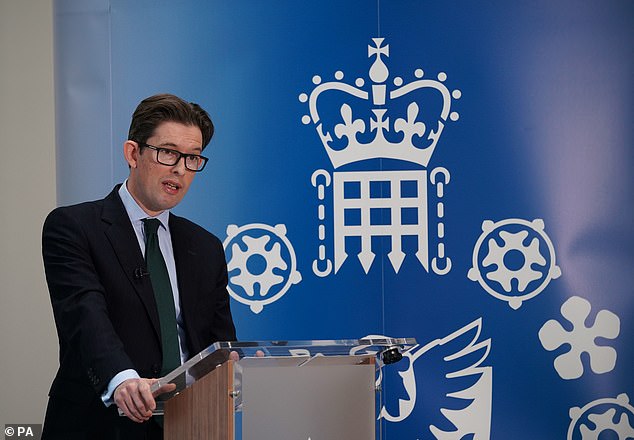 Head of MI5 Ken McCallum, pictured, has revealed the security services and police have foiled 31 ‘late-state’ terror plots over the past four years 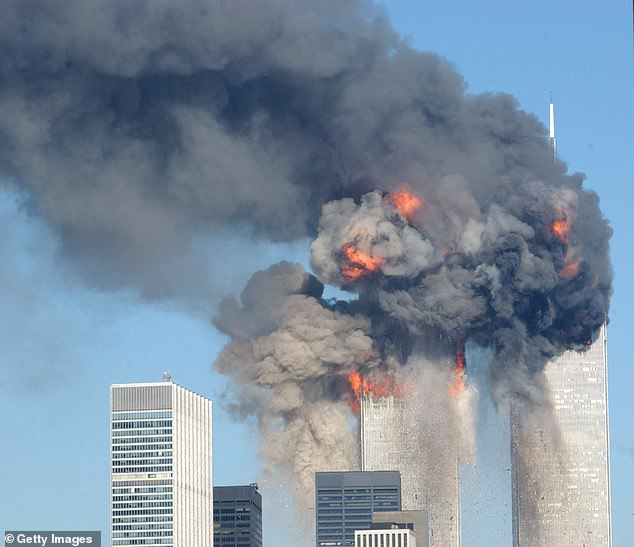 He said he fears Britain could suffer its own 9/11 attack. It is believed two plots have been foiled in recent weeks

Two of those plots are thought to have been disrupted in recent weeks.

The MI5 director general said the Taliban’s takeover of Afghanistan had ‘heartened and emboldened’ extremists.

UK could be flooded with heroin after fall of Afghanistan

Britain could be flooded with heroin after the fall of Afghanistan to the Taliban, police leaders fear.

The country creates 82 per cent of the world’s heroin supply.

Donna Jones, serious crime lead at the Association of Police and Crime Commissioners, said: ‘I don’t think the increase (in heroin) is hitting Britain’s streets yet but I think it will do over the next six to 12 months… because of British and US forces not being [in Afghanistan] to control and regulate airports and borders.’

Mr McCallum recalled the thwarted 2006 transatlantic airline plot to detonate liquid explosives on seven aircraft taking off from Heathrow, saying plots of that ‘spectacular’ magnitude had been less common due to 20-year effort to combat the terrorist threat from Afghanistan.

He told the BBC Radio 4’s Today programme ahead of today’s 9/11 anniversary: ‘The big concern flowing from Afghanistan, alongside the immediate inspirational effect, is the risk that terrorists reconstitute and once again pose us more in the way of well developed, sophisticated plots of the sort that we faced in 9/11 and the years thereafter.’

‘There is no doubt that recent events in Afghanistan will have heartened and emboldened some of those extremists, and so being vigilant to precisely those kinds of risks is what my organisation is focused on, along with a range of other threats.’

He said Islamist extremists posed the greatest problem, but a growing number of threats were from far-Right groups.

Mr McCallum said the threat of terrorism in the UK remains ‘a real and enduring thing’ – and that the coronavirus pandemic has not diminished this.

Britain’s top secret agent also described turning to a spy colleague as the second plane hit the Twin Towers on 9/11 and immediately knew Osama bin Laden was behind the attack.

He said: ‘We do face a consistent global struggle to defeat extremism and to guard against terrorism – this is a real problem. In the last four years, working with the police, my organisation has disrupted 31 late-stage attack plots in Great Britain.

‘Even during the pandemic period which we have all been enduring for the past two years, we have had to disrupt six late-stage attack plots,’ he said, adding: ‘So, the terrorist threat to the UK, I am sorry to say is a real and enduring thing’.

Mr McCallum said that ‘inspired’ terrorist acts were ‘by volume’ the largest number of threats that MI5 and their partners faced in the UK.

‘There is no doubt that events in Afghanistan will have heartened and emboldened some of those extremists and so being vigilant to precisely those kinds of risks that my organisation is focused on along with a range of other threats,’ he said.

The former head of the UK armed forces General Lord Richards also raised the prospect of ‘another 9/11’ yesterday, saying ‘ungoverned spaces have opened up’ in Afghanistan which terrorists would be able to ‘exploit’. 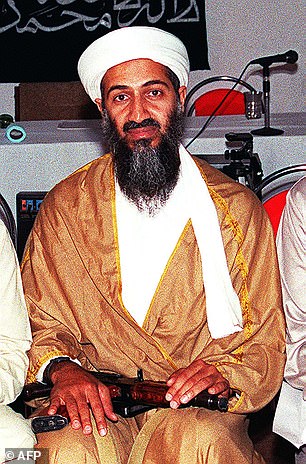 And former PM Tony Blair said governments must take action against the Taliban if they again allow the country to become a base for terrorism.

Mr McCallum also described where he was on the morning of 9/11 and how colleagues knew they would be dealing with the aftermath for ‘the next 10 years’.

‘On the morning of 9/11 when the first plane hit the two towers we turned on the television in the corner of the room, and as the second plane struck, a colleague quietly said ‘Osama Bin Laden’,’ he told the BBC’s Today programme.

‘Someone else said ‘I guess we all know what we’re going to be doing for the next 10 years of our lives’, and so it proved.

‘In the 20 years since we have faced wave after wave of terrorism from extremists seeking to cause mass casualties and prepared to give up their lives in the act – that is a horrifying reality but, by the same token, it is also extremely motivating for my organisation.’

Mr McCallum said that although more directed plots from terrorist organisations take time to organise and carry out, psychological boosts for their causes could happen ‘overnight’.

‘Terrorist threats tend not to change overnight in the sense of directed plotting or training camps or infrastructure – the sorts of things that al Qaeda enjoyed in Afghanistan at the time of 9/11,’ he told the BBC’s Today programme.

‘These things do inherently take time to build, and the 20-year effort to reduce the terrorist threat from Afghanistan has been largely successful.

‘But what does happen overnight, even though those directed plots and centrally organised bits of terrorism take a bit longer to rebuild… Overnight, you can have a psychological boost, a morale boost to extremists already here, or in other countries.

‘So we need to be vigilant both for the increase in inspired terrorism which has become a real trend for us to deal with over the last five to 10 years, alongside the potential regrowth of al Qaeda-style directed plots.’