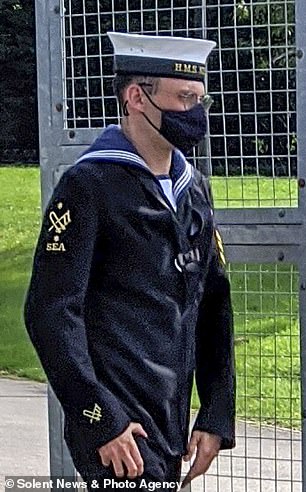 A Royal Navy sailor has avoided jail after sending a string of sexual messages to undercover police officers he thought were 13-year-old girls.

Leading Seaman Richard Fielding messaged three ‘teenagers’, asking one if she would be alone and ‘studying from home’ during the pandemic, a court martial heard.

When police raided his home they found the 35-year-old, who is married but has no children, also had two images of children as young as ten being sexually touched on his personal laptop.

The court heard LS Fielding sent the ‘girls’ messages about oral sex and pornography, and even sent a photo of his private parts to one.

He pleaded guilty to three charges of attempted sexual communication with a child, one of inciting a child to engage in sexual activity, and another of possessing two indecent photographs of children.

He was dismissed from the Navy but avoided jail, being handed a suspended sentence of 20 months.

‘He [talks] to her about oral sex… sends her a picture of his penis [and] asks if she watches pornography. 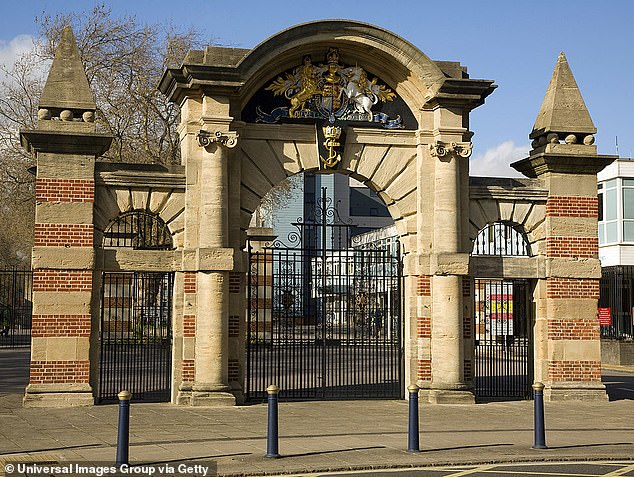 The 35-year-old, based at HMS Nelson Royal Navy base in Portsmouth (pictured), was also found have two images of children as young as ten being sexually touched on his personal laptop

The court heard LS Fielding, who had served in the Navy for more than 19 years, messaged the girls under the names Dave Holmes and Ben Smith.

Mr Gregory continued: ‘[He messaged] a different undercover police officer going by the name of “Molly”, again posing as a 13 year old girl.

‘He starts on Kik Messenger and moves to WhatsApp… [he] asks what sort of underwear she is wearing and asks for pictures.

‘[Messaging another] undercover officer by the name of Mia, there is a slightly nuanced change in the messaging.

‘There is communication about Covid isolation and home schooling. He asks if she is going to be alone at home and studying from home.

‘That rather suggests a level of grooming – trying to get hold of the child in her room, alone.’ 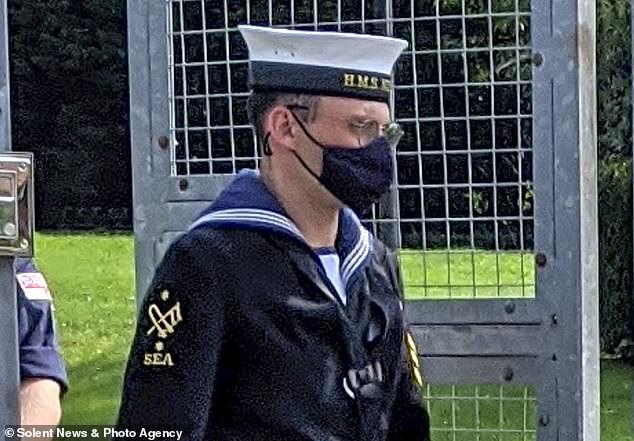 Fielding pleaded guilty to several charges including attempted sexual communication with a child and was dismissed from the Navy – but he avoided jail, being handed a suspended sentence of 20 months

On May 1 last year the court heard police entered LS Fielding’s address and seized his laptop and phone.

Two indecent photos of children were found on his laptop, both showing ‘sexual assault by touching’.

Mitigating, his lawyer Kaj Scarsbrook told the court LS Fielding had served on a number of ships but struggled to make friends and felt ‘isolated’.

He said: ‘These are shameful offences which reflect poor conduct.

‘[His wife] suffers from anxiety and depression and LS Fielding is her carer and the sole breadwinner for the household.

‘[He felt] isolated at home and work. He started using pornography and making more and more reckless decisions. He has now come to the realisation that he was unwell.’

LS Fielding’s sentence was reduced as real children were not involved.

Judge Robert Hill told him: ‘You engaged in fairly blatant sexual communication which would have been grooming behaviour with a real child, but in fact you were talking to law enforcement officers.

‘You have taken two or three steps on a very slippery slope – do this again and you will go to prison.’

LS Fielding, who was based at HMS Nelson Navy Base in Portsmouth, Hants, will remain on the sex offenders register for 10 years.

He was also ordered to complete 100 hours of unpaid community work over the next two years, and to undertake 35 sessions of a sex offending programme.