CAT-ch me if you can! Paralysed kitten Angel bowls around on a homemade wheelchair made from a plastic bottle and toy car by his doting owner who found him lying in a puddle

A Good Samaritan from Colombia has made a crippled cat a wheelchair made from a plastic bottle and a toy car.

Constanza Hernandez, 37, discovered Angelito lying in a puddle. The 15-day-old kitten was emaciated and had deformed rear legs.

Vets advised Constanza to put the tiny white kitten to sleep, after he was diagnosed with an untreatable spinal defect.

But she nursed him back to health and now, thanks to the prosthetic wheels, the cat is living a near normal life. 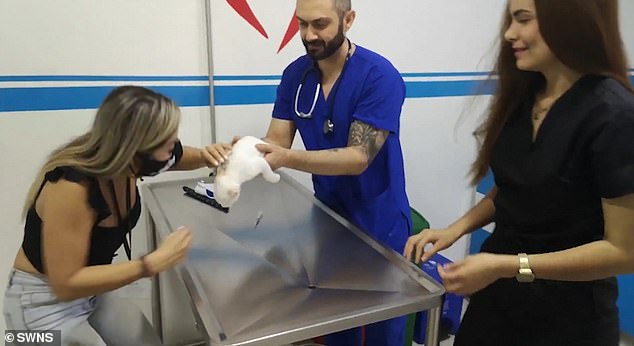 Constanza Hernandez, 37, (pictured left) discovered Angelito lying in a puddle. The 15-day-old kitten was emaciated and had deformed rear legs (Pictured: Constanza takes Angelito to the vets, who initially advised he be put down)

Little Angelito is seen in a video struggling to crawl around while wearing a nappy, before his owner creates a wheelchair device 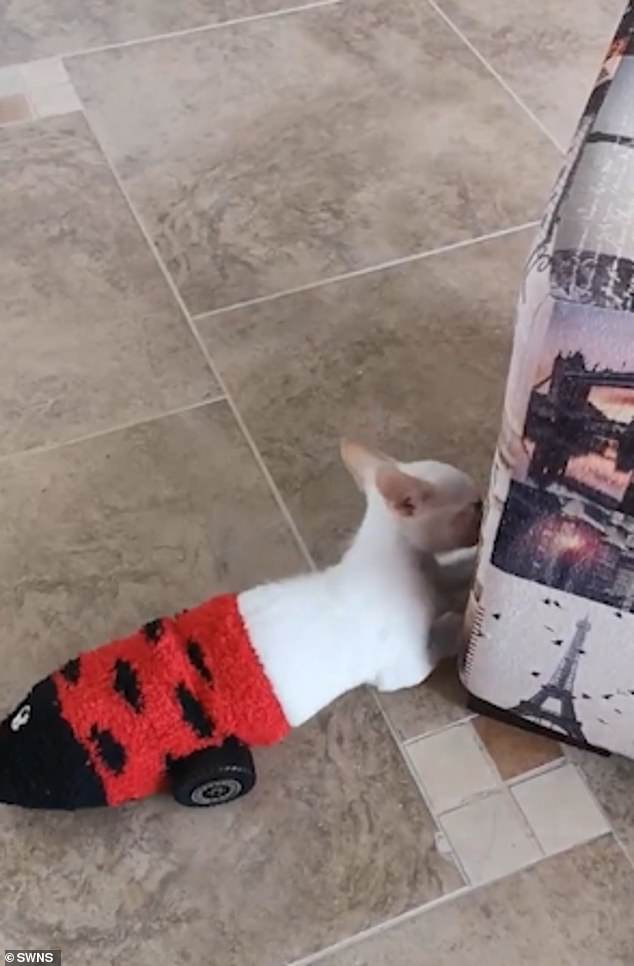 Thanks to a specialised wheelchair made by his owner, the white cat was zooming around his home in Colombia from an early age

She worked with her mother to create an amazing contraption, using a plastic bottle and wheels from a toy car, to help him get around.

Footage shared by Constanza shows Angelito as a kitten wearing a nappy and using tiny toy car wheels attached to a sock to get around.

When he grows bigger, Constanza reveals a bigger contraption made out of a plastic bottle, featuring slightly large toy car wheels.

The cat is seen zooming around the apartment and even going outside for walks and climbing trees.

Constanza, from Neiva, Huila, Colombia, said: ‘Angel arrived at a time in my life in which I questioned many things about the purpose of my life.

‘I had many doubts and voids. I felt that he had saved me. 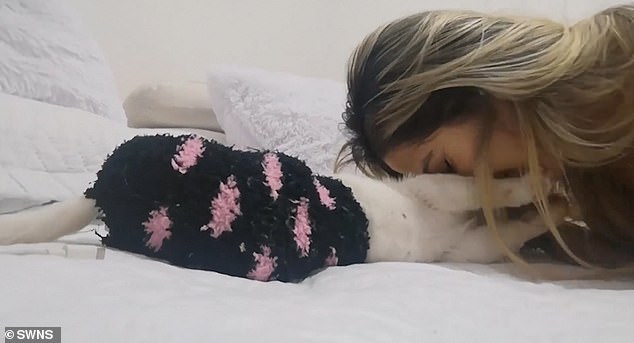 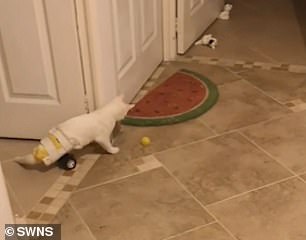 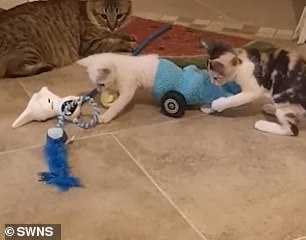 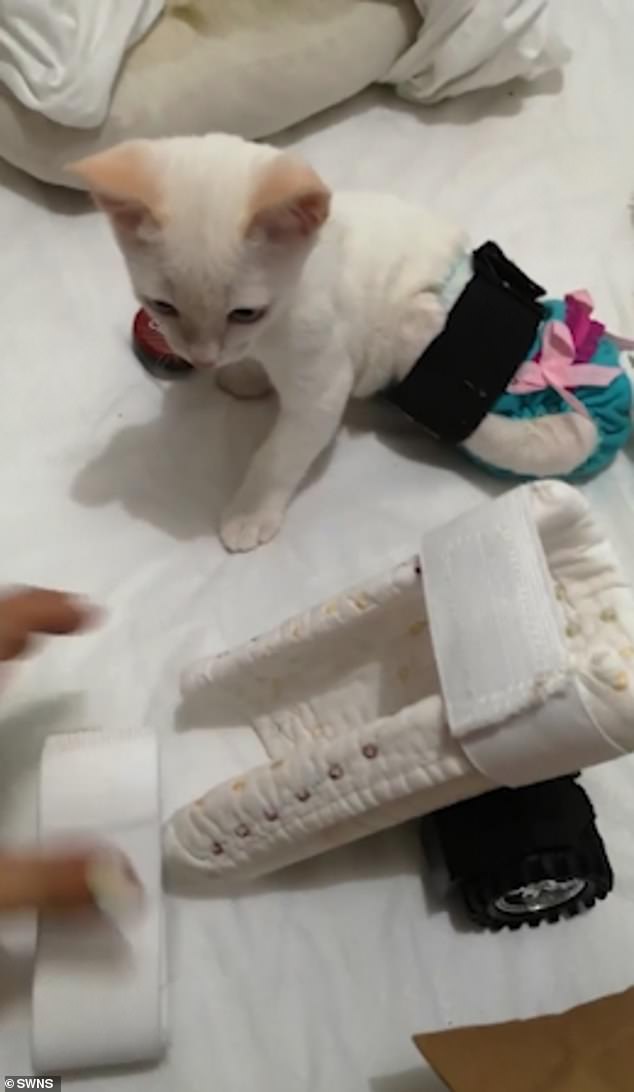 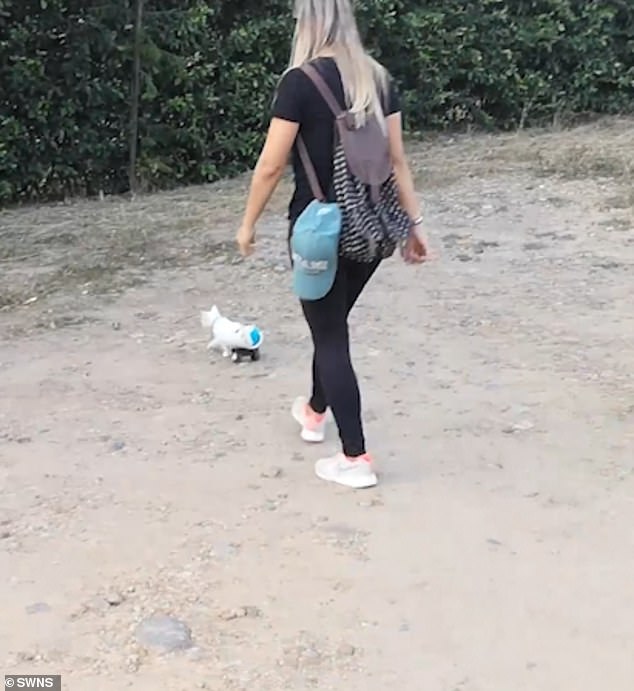 In video footage shared online, the cat is seen zooming around the apartment and even going outside for walks and climbing trees

‘He gave a purpose to my life. I really feel like he was the one who rescued me. He came like an angel.

‘People think that animals with disabilities are unhappy animals, because maybe they cannot develop like other animals, but that is totally false.

‘Little angel has no idea that he has a disability.

‘He has developed normally. He is just as crazy, playful and happy just like the rest of the kittens.

‘Every day you learn something new. He gives you life lessons. He showed me that he was brave all the time.

‘I felt that I should respond to him in the same way, being brave and accepting my mission, giving him a good quality of life he deserved in response to his struggle and his will to live.’