A NSW Health employee personally intervened to get all 163 senior students at a prestigious $50,000-a-year school vaccinated, unearthed emails reveal.

St Joseph’s College in Sydney’s Hunter’s Hill confirmed its Year 12 students got the Pfizer Covid jab in May – months before most Australians.

Sydney Local Health District boss Teresa Anderson apologised for the ‘error’ and claimed it only meant to jab the school’s handful of Aboriginal students.

Indigenous students were eligible at the time, but healthy NSW residents under 40 were not able to get vaccinated, prompting huge outrage.

However, emails seen by The Australian, showed the health employee personally requested all Year 12s be vaccinated by the end of term. 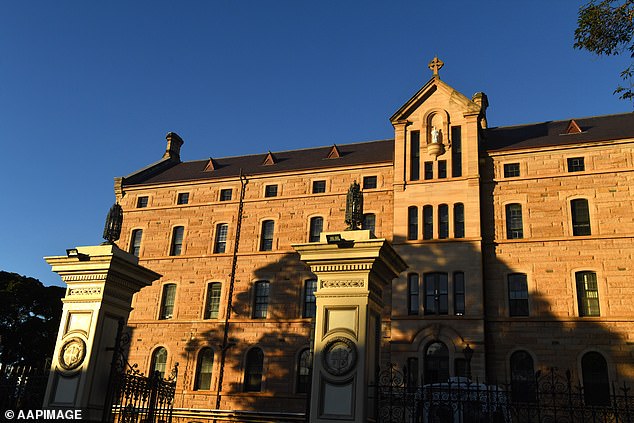 ‘Knowing the Joeys situation well, I approached Teresa in early May on my own initiative to ask whether it would be possible to vaccinate the senior students at St Joseph’s College.’

The official said it was a ‘personal approach’ and not a request from the school, and said he spoke to Concord Hospital acting general manager Kiel Harvey and the pair phoned Dr Anderson.

When the email was forwarded to Dr Anderson, she said she’d spoken to Mr Harvey and said their recollection was the same and that it was ‘just half a dozen Aboriginal students on scholarships from rural areas who were boarders’. 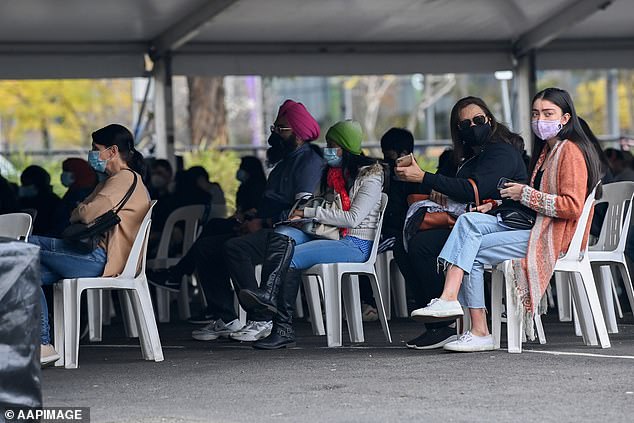 With community outrage surging over why students at the $50,000-a-year boarding school were given their first shot of Pfizer despite the fact the jab wasn’t then available to under 40s, health bosses blamed an ‘error’ (pictured Sydneysiders at a vaccination hub)

‘The clinician was concerned about the risks associated with these students returning to their communities with Covid-19,’ she said.

‘At the time of the request, Covid-19 was not present in the state’s vulnerable Aboriginal rural and remote communities and keeping Covid-19 out of these areas was considered paramount.’

Under eligibility guidelines, indigenous Australians aged 16 to 49 have always been eligible for the jab, which was in short supply nationwide at the time – and still is.

‘It was agreed that the Aboriginal students would be vaccinated through the state health system at Royal Prince Alfred Hospital’s vaccination hub,’ Dr Anderson said in a statement at the time.

‘Through an error, the wider group of boarders in Year 12, a total of 163 students, were also vaccinated. Sydney Local Health District apologises for this error.’ 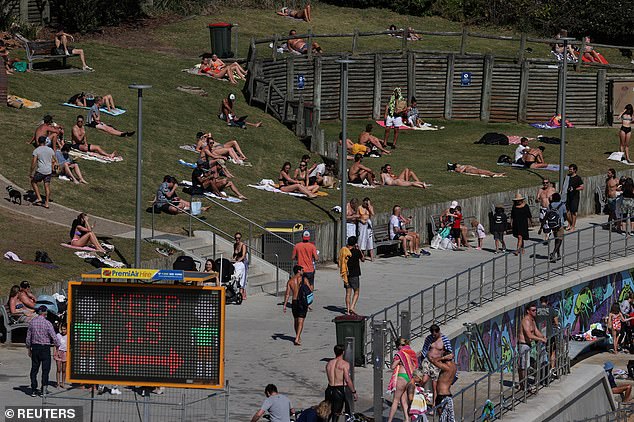 Pictured are sunbathers at Bondi Beach on Wednesday. Pfizer had been in short supply at the time the students at St Joseph’s College were vaccinated

‘We have a large number of boys who live in a residential community, which includes boys from rural, remote and indigenous communities,’ he said in a statement in July.

Mr Tarlinton pointed out the school, which charges $35,800 for day students, and $50,000 for boarders, does not decide who gets what vaccine.

‘Acknowledging that the college does not determine vaccination priority, it welcomed the opportunity to offer the vaccine for students given the approvals provided and for the reasons listed above,’ the statement read.

Mr Tarlinton said he and the college would ‘continue to encourage and support members of its community to receive the appropriate vaccine as the opportunity arises’.

After the scandal, Health Minister Brad Hazzard shut down a reporter who suggested the health department should be embarrassed.

‘What I find more embarrassing is that you would make that sort of question and accusation against frontline health staff who work their butts off and will have tomorrow achieved one million vaccinations in arms,’ he told reporters.

‘The school intended it well. There was a mistake and so what? It’s happened, out of a million vaccinations, move on.’ 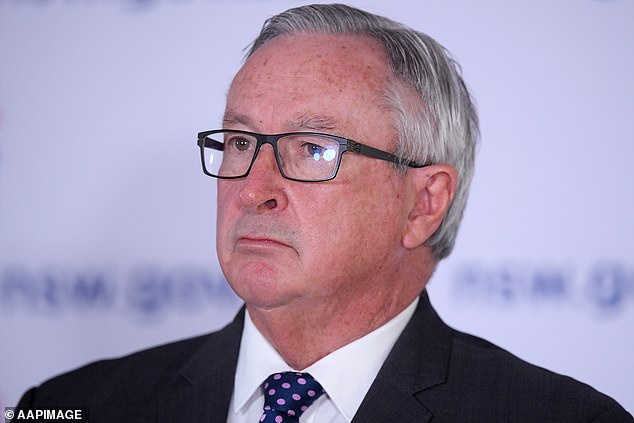 After the scandal, Health Minister Brad Hazzard shut down a reporter who suggested the health department should be embarrassed