Dash can video has shown the terrifying moment a car hit from behind flips three times before crashing into the wall beside the motorway, with online opinion divided as to who caused the accident.

It shows a black car merging from the middle lane into right lane, where a car travelling at a faster speed fails to brake and smashes straight into the back of it.

The black car then rolls three time before coming to a rest against the motorway’s outside barrier.

The channel reported that no one was seriously injured in the accident. 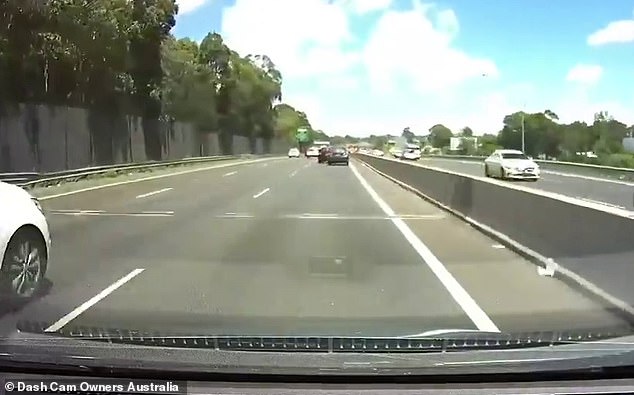 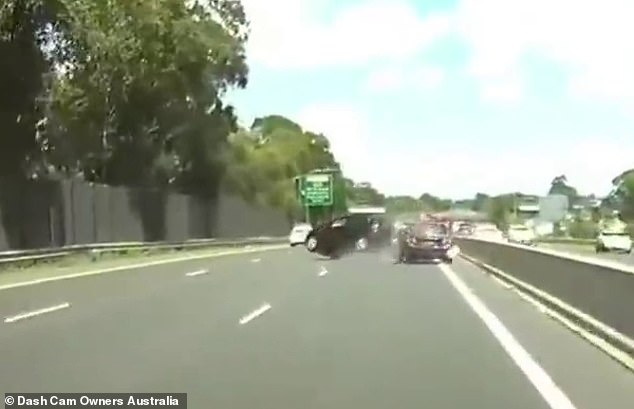 People commenting on the video differed over where blame lay for the crash, some accusing the driver whose car flipped for ‘brake checking’ as the car pulled into the outside lane.

‘Brake checking in the overtaking lane on a bloody highway and you think its the [following driver’s] fault?, ‘ one person commented.

‘So you are another driver who thinks you are the only one on the road,’ one person responded. ‘Any driver with commonsense would see the car moving across and brake.’

‘The Corolla driver is 100 percent in the wrong and it has nothing to do with the black car changing lanes or being in the right lane,’ another observed.

‘It’s totally about a Corolla driver that did not show any situational awareness to note that traffic was slowing and hence was going was going too fast and crashed into a completely innocent driver.’

Other people speculated the trailing driver must have been distracted by a phone to have failed to brake in time to avoid the car in front.

Tailgating is an illegal act while driving, with the current penalty in NSW a $448 fine by way of an on-the-spot fine or penalty notice and three demerit points.

Depending on the situation, deliberate brake checking by a driver to stop a trailing car from tailgating can be considered an act of dangerous driving. 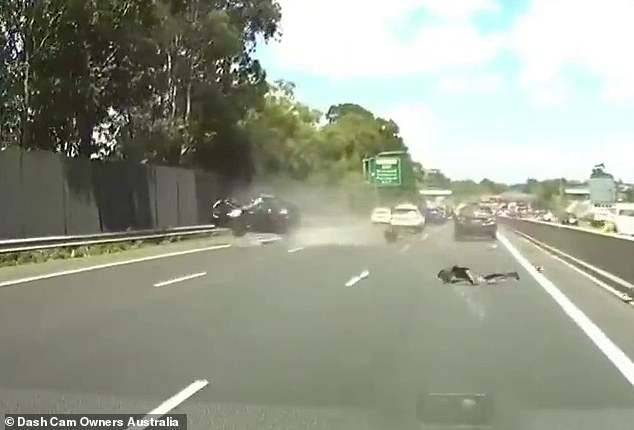 The black car rolls three times, coming to a stop on the outside barrier of the motorway – no one was seriously injured in the crash