A Porsche salesman has won an unfair dismissal case after he was subjected to shocking racism but ended up being sacked himself for joining in with the ‘banter’.

Shailesh Rathod was the only non-white salesman at the male-dominated dealership in Sutton Coldfield in the West Midlands.

When British Asian Mr Rathod joined, he was the target of practical jokes and was nicknamed ‘chapati’ and ‘poppadom’ by colleagues.

A tribunal heard that the dealership had an ‘extremely laddish’ culture and was rife with sexism, racism, and homophobia.

On one occasion the 49-year-old brought in McDonald’s for the sales team on a Saturday he wasn’t working and had his son with him. It was heard that a male co-worker then threw a banana at the floor by his son and said ‘I want to see how he reacts’ before ‘laughing intensely’.

Mr Rathod felt he had ‘no choice’ but to ‘go along’ with the environment because he was an ‘outsider’ trying to ‘integrate’, explaining: ‘Because I wanted to keep my job, to be part of that group, I had no choice.’ 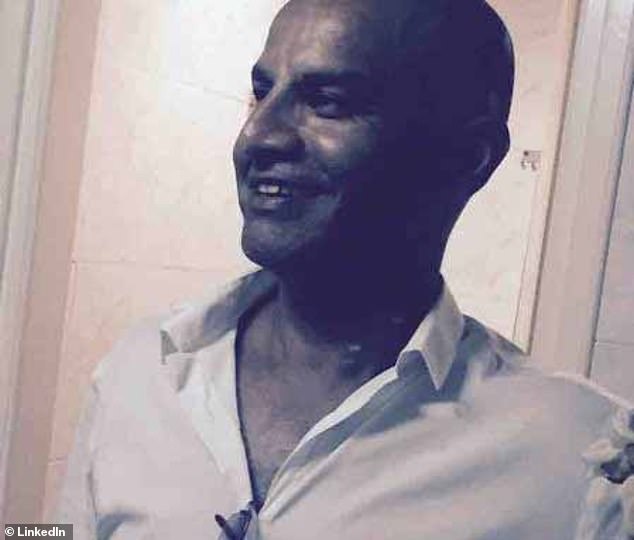 Porsche salesman Shailesh Rathod, 49, won an unfair dismissal case after he was subjected to shocking racism but ended up being sacked himself for joining in with the ‘banter’

After the toxic culture impacted his mental and physical health, Mr Rathod raised a grievance to bosses at the Porsche garage in Sutton Coldfield, West Mids, and in particular complained about severe treatment from a colleague named only as ‘Oliver’.

However, Mr Rathod was later sacked on charges of race and sex harassment towards the white colleague – because he sent him racially offensive and misogynistic memes and jokes on WhatsApp.

Oliver, referred to as ‘O’ throughout the tribunal, resigned before he could face a disciplinary process but sent bosses screenshots of their WhatsApp chat in which they shared the memes.

Now, Mr Rathod has successfully sued the Pendragon Sabre Ltd – which owns the Porsche garage – for unfair dismissal after a judge ruled bosses ignored the wider office culture and that Mr Rathod was racially harassed and was just trying to fit in.

Judge Clark said: ‘All the sales staff were male. There are female employees in other roles.

‘I find the culture was “laddish”, crude and immature and this manifested in the day-to-day interactions in the workplace on the sales floor.

‘Topics of conversation included graphic and crude sexual references; sometimes generic, sometimes focused on a particular female and sometimes even young females attending the dealership with their family.

‘This particular laddish culture developed a more sinister level as it was infected by the overt prejudices, opinions and attitudes of some of its members.

‘I find their comments and contributions were neither inadvertent nor simply misguided. They amounted to deliberate and aggressive expressions of misogyny, hostility towards homosexuality, and racism. 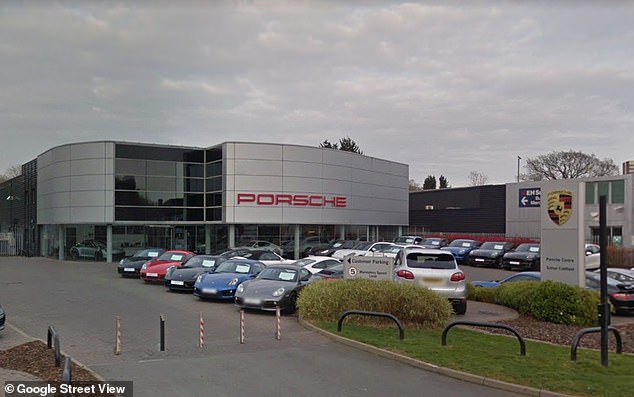 A tribunal heard that the dealership in Sutton Coldfield, West Midlands, had an ‘extremely laddish’ culture and was rife with sexism, racism, and homophobia

‘I find this influenced the way the team interacted, and the peer pressure meant it became the norm.

‘One of the sales executives openly shared racist views, including his own rejection of a family member who had invited a black friend home.’

Judge Clark said the phrase ‘lick my d***’ was commonly used by salesmen and managers had an ‘active participation’ with behaviour.

‘That sort of culture allows other forms of offensive language and behaviour to be excused under the misnomer of “banter”,’ Judge Clark said.

Anyone of apparent Asian origin, including customers, were referred to as ‘Rajputs’ and whenever two Asians arrived in the same vehicle, the vehicle was referred to as a ‘bus arriving’.

When Mr Rathod joined in 2018, he tried to fit in and ‘conform’ with the existing culture. He was deliberately self-effacing by ‘getting to the joke before they did’ and forged sociable work relationships.

A work WhatsApp group chat was set up in March 2020 when sales staff were put on furlough, and the crude and offensive jokes continued.

On their return to work, Mr Rathod and his son were subjected to the ‘banana’ incident and he decided he had had enough.

He complained to a manager, but it wasn’t taken seriously and he went on sick leave in September 2020.

He later raised a grievance with specific allegations against ‘O’ and it was upheld.

However, O produced screenshots that showed Mr Rathod also sent offensive jokes and he then faced a disciplinary hearing in which his dismissing officer, named only as Mr Mason, sacked him for racial and sex harassment towards ‘O’.

Mr Mason claimed one of Mr Rathod’s messages – in which he says he is having ‘chapati and poppadom’ for lunch – was as severe as the banana incident because ‘you cannot league racism’.

Dismissing Mr Rathod, he said: ‘Personally I honestly believe this is banter that has got out of hand for whatever reason.

‘Banter is okay until it’s not okay… Referring back to our dignity at work policy you have contravened several points in here, factually, when it comes to harassment of a sexual and racial nature.

‘As a company we have zero tolerance towards it. My view and my conclusion is I have no alternative to dismiss you from the business today.’

Judge Clark said there was no evidence ‘O’ was offended by Mr Rathod’s messages and that the wider office culture wasn’t investigated or considered.

‘The messages are a product of the culture he came into and which has been allowed to normalise without censure by the employer’s lower management’, the judge said.

He won his claim of unfair dismissal and compensation will be determined at a later hearing.