Revenge of the grouper fish: Fisherman dies after harpooning fish, only for cable to wrap around his legs and send him tumbling into the water where he hit his head and drowned

A fisherman in the Philippines has died after being pulled beneath the water by a huge fish and hitting his head on a rock before drowning.

Jovy Baldado Narciso, 31, had been harpoon fishing in the Negros Oriental province on August 9 when he was pulled beneath the waves.

The fisherman had impaled a two-foot long fish with a spearfishing gun before the animal darted beneath a collection of rocks. 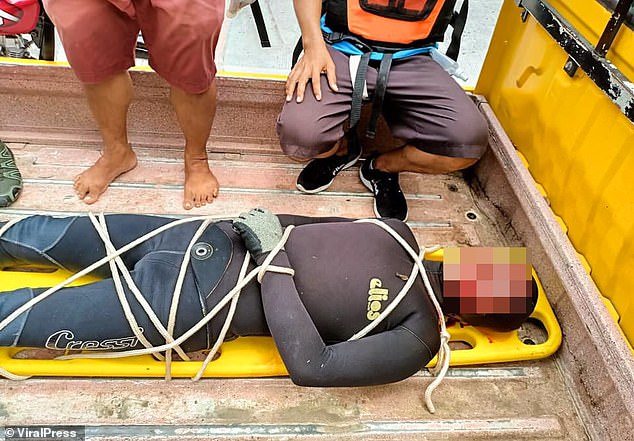 Jovy Baldado Narciso, 31, (pictured) has died after being pulled beneath the water by a huge fish and hitting his head on a rock before drowning 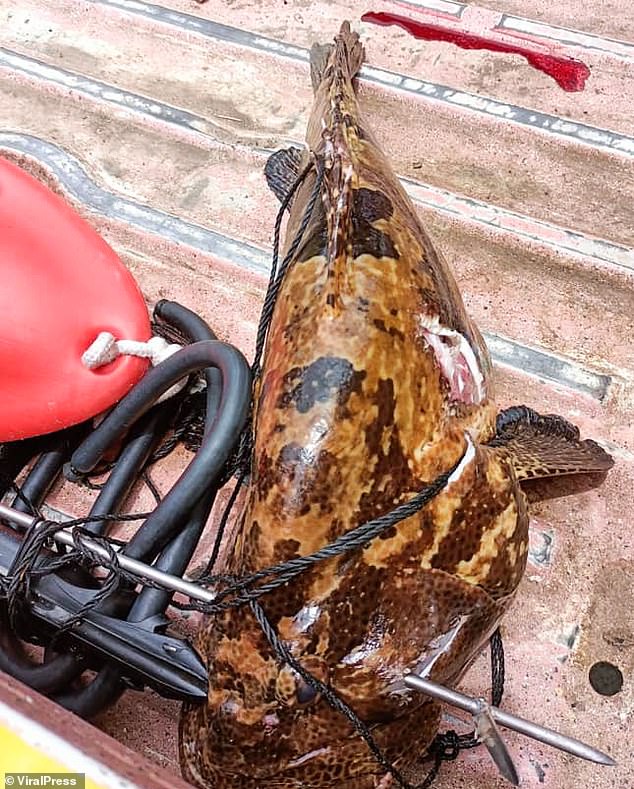 The 5Kg fish (pictured) darted off and pulled Jovy underwater, but refused to come out of a hiding spot, leaving the fisherman unable to return to the water’s surface for air

The act of swimming off so quickly caused the rope attached to the harpoon to tangle itself around Jovy’s legs and pull him into the water, where he hit his head on a rock.

With the 5Kg fish refusing to come out from its hiding place, Jovy struggled to free himself and reach the surface of the water – but was unable to get loose and drowned.

An officer from the Manjuyod Police Station said: ‘Worried relatives reported that the man was missing the next morning. We did a search and rescue operation immediately found his body.

‘The rope was still tied around the man’s body while the fish was still under the rock with the harpoon. They were both dead when we arrived.’ 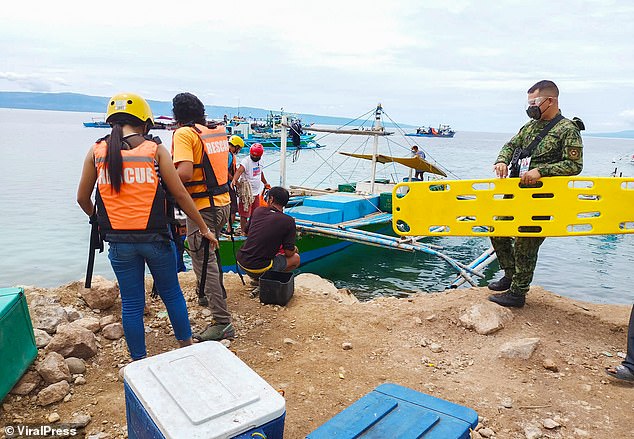 A rescue team recovered Jovy’s body, which was then transported to hospital before being turned over to his family

Superstitious neighbours believed that the fish that killed the fisherman was ‘evil’ because Jovy’s death was the second drowning incident that happened in the lake after a 14-year-old also died in the area last week.

A neighbour said: ‘You should be careful in a lake because the creatures have strange behaviour compared to the sea. Just like this evil fish.’

The fisherman’s body was taken to the hospital before being turned over to devastated relatives for funeral arrangements.