A 10-year-old boy killed during the Troubles in Belfast in 1975 was found lying on the ground with a head injury moments after a plastic bullet was fired by a British solider, an inquest today heard.

Stephen Geddis died after suffering a head injury while near a civilian barricade in west Belfast on August 29, 1975.

An initial inquest in 1976 recorded a verdict of misadventure after claims he had been involved in a riot on Cullingtree Road – claims that were denied at the time.

Today, a new inquest into his death was told that Stephen was found lying on the ground immediately after a plastic baton round was discharged by a British soldier.

The fresh inquest is one of a number ordered by former Northern Ireland attorney general John Larkin at the request of the Geddis family.

Opening the inquest at Banbridge Court, Frank O’Donoghue, counsel for the coroner, set out the background to Stephen’s death. 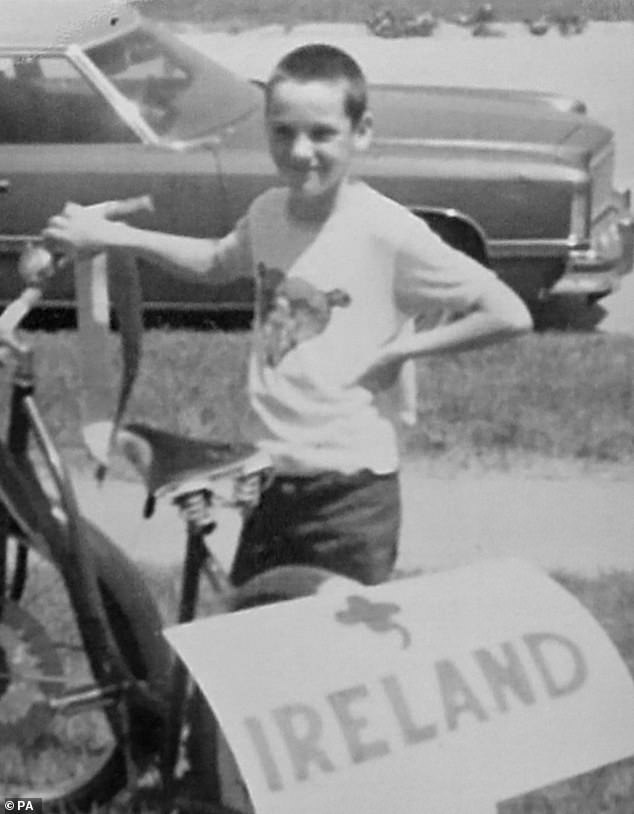 Stephen Geddis (pictured) died after suffering a head injury while near a civilian barricade in west Belfast on August 29, 1975 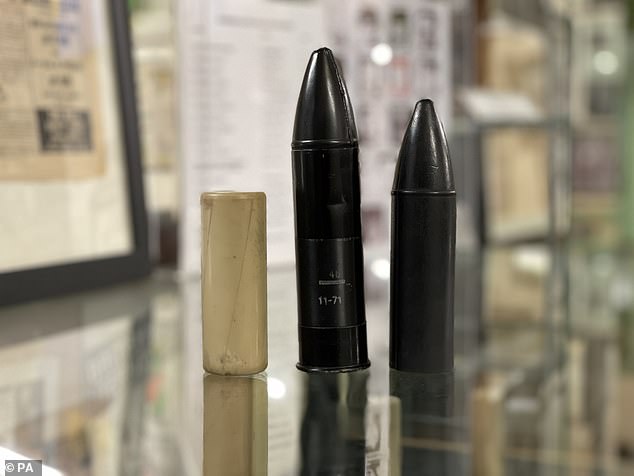 Today, a new inquest into his death was told that Stephen was found lying on the ground immediately after a plastic baton round was discharged by a British soldier. Pictured: Plastic and rubber bullets also know as plastic baton round (PBR) on display in a museum in west Belfast 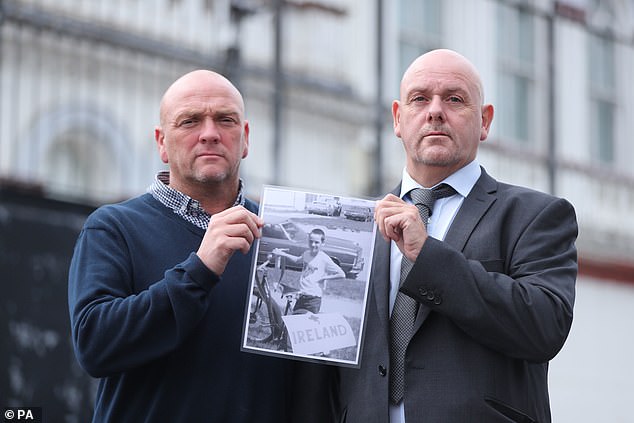 Joe (left) and Kieran Geddis hold a picture of their brother Stephen, who died aged 10, in 1975

He referred to a post-mortem examination which was carried out morning after Stephen’s death.

Mr O’Donoghue said the report stated that an unauthorised barricade had been set up by civilians in Albert Street on the evening of August 29 1975.

It said that there was a crowd of 40 to 50 youths around the barricade, and that stones and missiles had been thrown at soldiers.

He said the report stated that one soldier moved forward and fired a plastic bullet – which were used by British forces to reduce fatalities in Norther Ireland.

When the crowd dispersed, a boy, Stephen, was seen lying on the ground. He was taken to the Royal Victoria Children’s Hospital, where, according to the post-mortem report, he told nurses he had been hit on the head by an object fired from a catapult. 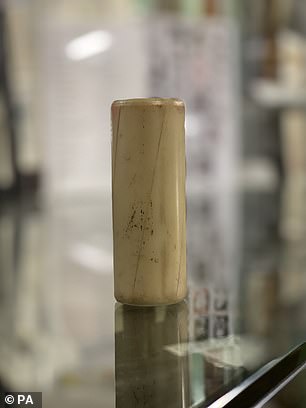 Mr O’Donoghue said that the report stated that during the incident in 1975, one soldier moved forward and fired a plastic bullet – which were used by British forces to reduce fatalities in Norther Ireland

Mr O’Donoghue told the hearing that the inquest would call as witnesses three soldiers from B Company of the Second Royal Anglian Regiment, referred to as SGM3, SGM15 and SGM12, who were on patrol that evening.

Mr O’Donoghue said: ‘One matter I should raise at this time is the reliability of the history apparently given by Stephen in hospital that he was apparently hit by a catapult.

‘This court is going to receive evidence from at least two pathologists. One matter about which pathologists do appear to be in agreement is that Stephen’s injuries are much more consistent with being struck by a plastic baton round than any object fired from a catapult.

‘I am flagging up to the court that it may be that the possibility of Stephen suffering his head injury as the result of a discharge from a catapult can be eliminated and the pathology evidence will weigh firmly in favour of Stephen having suffered his injury as a result of a blow from a plastic baton round.’

He continued: ‘It is anticipated that the court will hear evidence from a number of civilian witnesses who will testify as to what they heard and saw that evening, and from relevant Army personnel who are members of B Company of the Second Royal Anglian Regiment and who were on patrol that evening.

‘As the facts of what did occur are significantly in dispute, I will say merely at this time that it appears that a group of young boys gathered in the vicinity of a barricade that had been erected in the Albert Streett/Cullingtree Road area.

‘There is an issue as to whether Stephen is part of or separate from that group. It would appear that those young boys engaged in some acts of civil disorder, but the extent of those acts appears to be in dispute.

‘It would appear that there were two baton rounds discharged.

‘One baton round appears to have been discharged which had the effect of dispersing part of the group. 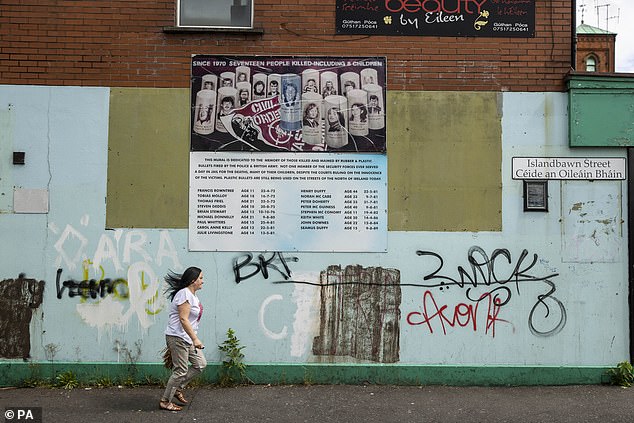 Kieran Geddis, who was 14 at the time of Stephen’s death, gave evidence and said his brother would never have been involved in rioting or stone throwing. Pictured: A woman runs past a billboard mural on a gable wall off the Falls Road in Belfast to those killed or maimed by rubber and plastic bullets during The Troubles

‘The second baton round appears to have been discharged at a later point in time and again the circumstances of that appear to be very much in dispute.

‘What does not appear to be in dispute is that, in the immediate aftermath of the second baton round being discharged, Stephen was found lying on the ground with the injury to his head.

‘We anticipate hearing evidence demonstrating that Stephen was found lying on the ground in the immediate aftermath of the discharge of the second baton round, and we appear to have pathology evidence that his injury is consistent with being struck by an object consistent with it being a plastic baton round.’

During the first day of the hearing, statements from Stephen’s three brothers and his mother were read, who all stated that he had been killed by a plastic bullet fired by a soldier.

Kieran Geddis, who was 14 at the time of Stephen’s death, gave evidence and said his brother would never have been involved in rioting or stone throwing.

He said: ‘We were all left devastated and heartbroken. Our family was destroyed after that event.

‘He was a great wee brother. He never got the experience of becoming a teenager, falling in love, getting married, having a family.

‘He was such an innocent child. I can’t understand how anybody could have considered him a threat and would have wanted to target him or shoot him.

The inquest is being heard by coroner Paddy McGurgan.