Got that sinking feeling? Van driver gets caught out by rising tide after leaving vehicle on Cornish sea front

By Gemma Parry For Mailonline

An unlucky van driver got caught out after leaving their vehicle to enjoy a day in Cornwall – only to come back and find it submerged after the tide came in.

Eyewitnesses captured the moment the holiday makers van got caught in the tide, despite warnings from locals that they couldn’t park on Harbour Beach when they pulled up.

Beach goers watched as the driver and their group went to enjoy the summer sunshine, jet skiing in the sea, before returning to find their vehicle, a silver van, partially submerged.

While the holidaymaker has tried to rescue their van from the depth of the water twice, it still remains stuck in the high tide this evening. 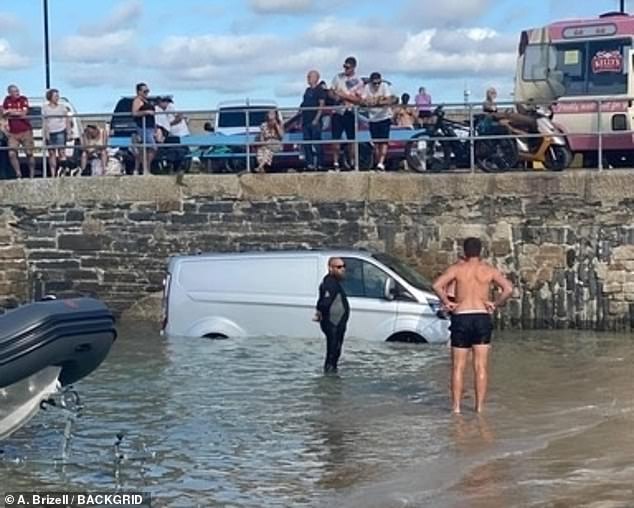 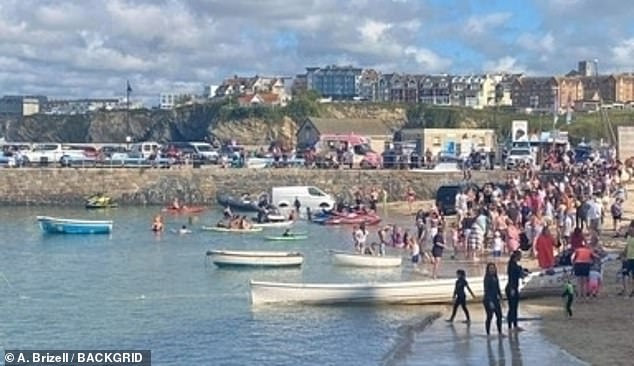 Eyewitnesses said the holidaymakers were warned about parking in the area

Images captured by a local resident show crowds gathered around the harbour as the vehicle bobs along in the water.

‘They were parked on the Harbour beach, and there is a sign that says no vehicles on the beach so the harbourmasters went over to tell them , and he was told to go away by the van owner,’ the resident said.

‘They then wen out on jet skis or the day and came back to the van sinking on the rising tide. 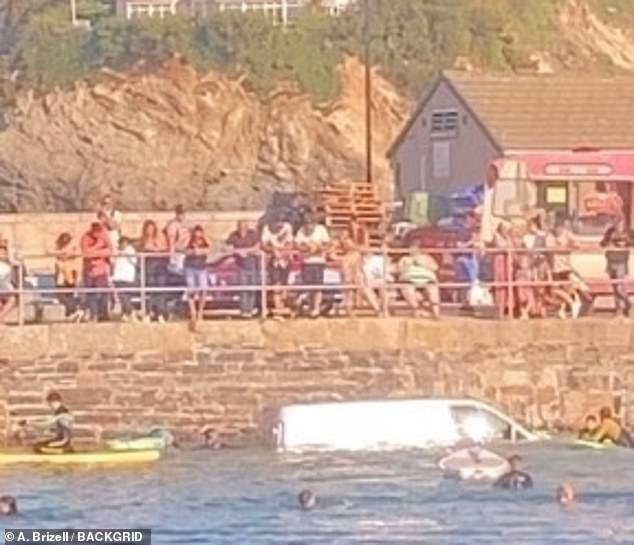 The van may be stuck in its current predicament for some time, as low tide is not scheduled until just after midnight.

‘I’m just hoping that there is no leaks of oil or diesel into the harbour.’

The van may be stuck in its current predicament for some time, as low tide is not scheduled until just after midnight.

It comes after another van owner was spotted in a similar predicament in Devon earlier today after being caught out by the tides of an estuary.

The white van was left floating in the estuary in Exmouth after its owner ‘forgot’ about it while making a quick visit to the pub. 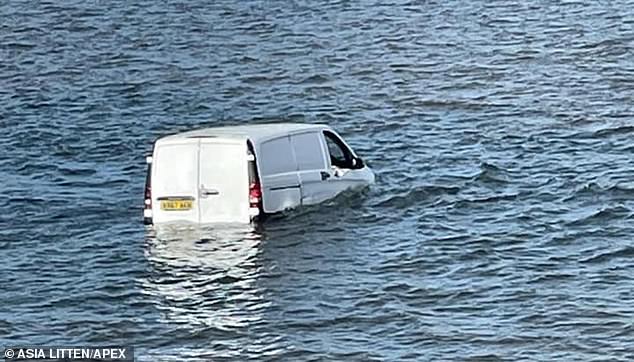 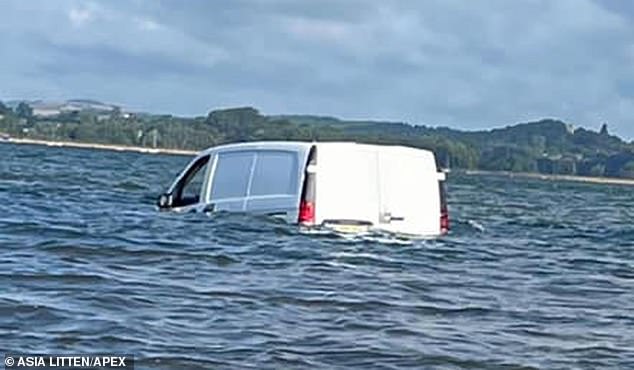 It is believed the owner parked the vehicle on a tidal slipway at Imperial Recreation Ground on Saturday evening, before heading to his local boozer.

He then travelled back home, forgetting he had parked the van along the slipway.

It was spotted bobbing along in the water by a passer-by on Sunday morning, who shared images of the van on Facebook, hoping to track down the owner.