Russian President Vladimir Putin has welcomed the Taliban and said the West should not impose ‘outside values’ on Afghanistan.

He criticised the ‘irresponsible policy’ and said ‘you cannot impose standards of political life and behaviour on other people from outside’. It comes as China has also moved towards recognising the Taliban regime.

Putin said it was not in Russia’s interests to dwell on the result of the 20-year-old US military campaign in Afghanistan, which has ended in humiliating scenes of chaos at Kabul airport as states frantically try to evacuate their citizens.

And he went on to call on allies to unite to help the people of Afghanistan amid mounting evidence the hardline Islamist regime has immediately returned to brutally oppressing the population – despite promising to be ‘moderate’.

Putin added Russia was interested in the country being stable and called on the global community to prevent the ‘collapse’ of Afghanistan following the Taliban takeover.

‘The Taliban movement control almost the entire territory of the country,’ he told a televised press conference with German Chancellor Angela Merkel in the Kremlin.

‘These are the realities and it is from these realities that we must proceed, preventing the collapse of the Afghan state,’ he added. 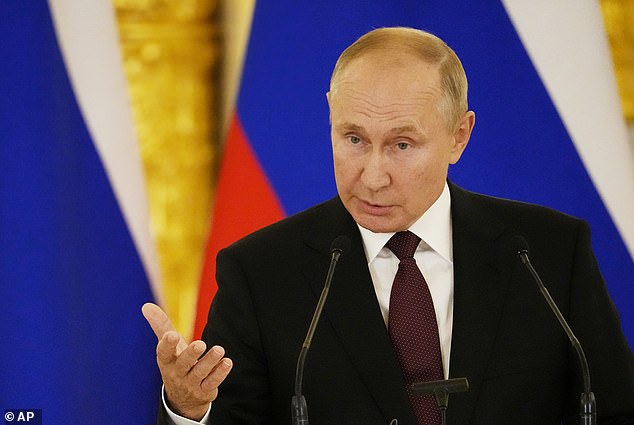 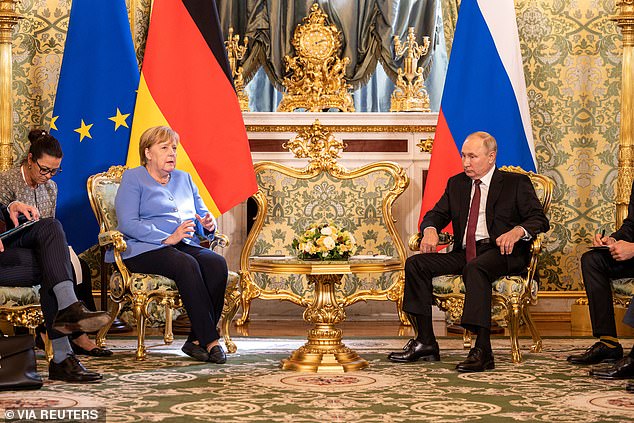 Putin said it was not in Russia’s interests to dwell on the result of the 20-year-old US military campaign in Afghanistan, he told a televised press conference following talks with German Chancellor Angela Merkel in the Kremlin

The Russian president also highlighted the importance of preventing ‘terrorists’ from entering neighbouring countries from Afghanistan, including ‘under the guise of refugees’.

Moscow has been cautiously optimistic about the new leadership in Kabul and is seeking contact with the militants in an effort to avoid instability spilling over to neighbouring ex-Soviet states.

The Kremlin has in recent years reached out to the Taliban – which is banned as an ‘extremist’ group in Russia – and hosted its representatives in Moscow several times, most recently last month. 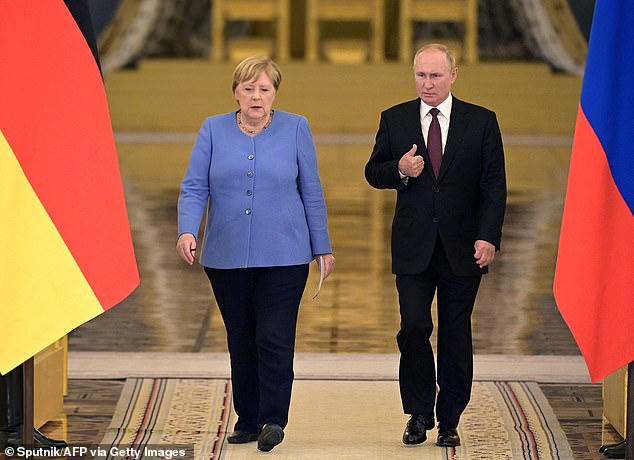 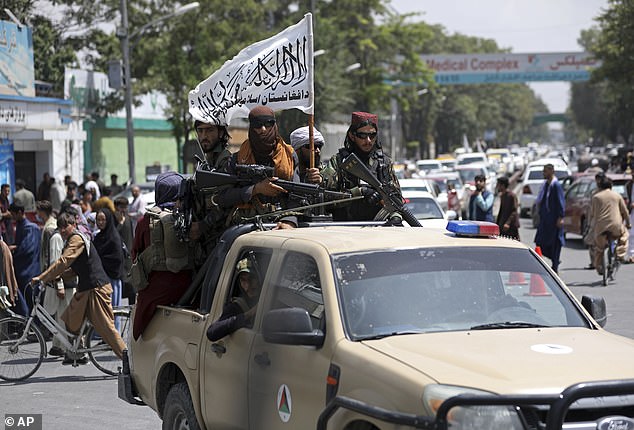 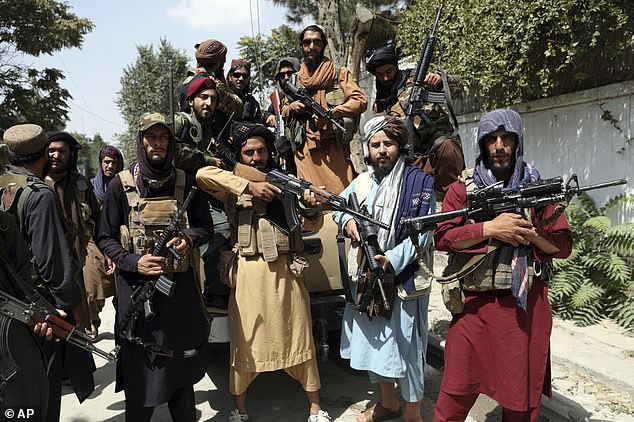 The Taliban have been at pains to present a reformed image since marching into Kabul this weekend after US president Joe Biden’s abandonment of Afghanistan.

But a there is mounting evidence that the hardline Islamist regime is anything but reformed from the despotic jihadists of 20 years ago, who brutally oppressed women and allied themselves with Al Qaeda terrorists

Now those realities are being exposed, and Afghanistan’s new rulers have proven beyond what little doubt there was that they are just as bloodthirsty and tyrannical as their equivalents from two decades ago.

The latest footage to emerge from within Afghanistan shows Taliban fighters attacking anyone carrying an Afghan national flag in at least a dozen incidents primarily in the capital Kabul. 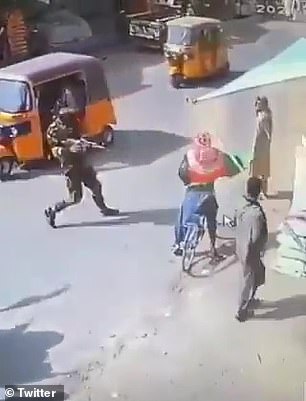 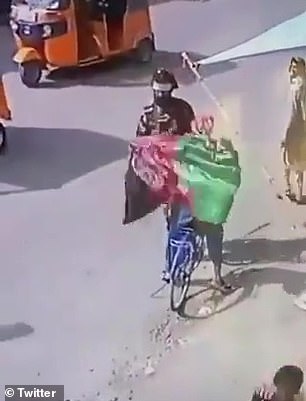 One video shows a heavily armed militant jumping out of a pickup filled with Taliban and pulling his gun on a man on a bicycle, who is shrouded in an Afghan flag. The fighter hastily takes the national emblem of the cyclist

Six men were shot and three were tortured to death, including one man who was strangled with his own scarf and had his arm muscles sliced off during the atrocity, which took place between 4-6 July in the village of Mundarakht, Malistan district, the group revealed.

In another revenge killing, one regional police chief who stood against the Taliban was executed in cold blood by the jihadist group, local reports say.

Shocking video footage being circulated on the internet shows the kneeling handcuffed and blindfolded figure of General Haji Mullah Achakzai, chief of Badghis Province near Herat, being gunned down in a hail of bullets. 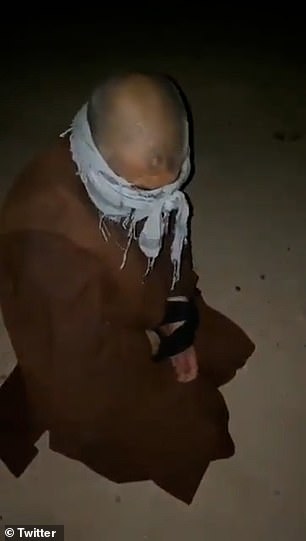 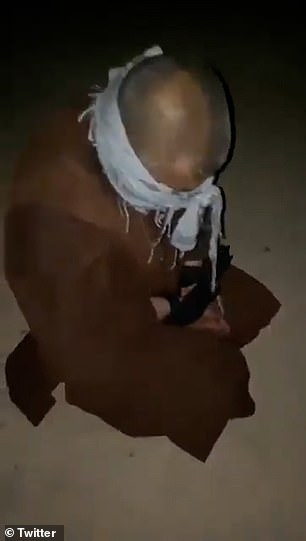 Shocking video footage being circulated on the internet apparently shows the kneeling handcuffed and blindfolded figure of General Haji Mullah Achakzai, chief of Badghis Province near Herat, being gunned down in a hail of bullets