52% of Americans don’t think Biden is mentally or physically up to the job of president and 51% believe someone else is pulling the strings at the White House, new poll finds

A majority of Americans don’t think President Joe Biden is mentally or physically up to the job of leading the country and think someone else is pulling the strings behind the scenes, a new poll reveals.

Just 46 percent of respondents are confident in his mental and physical capabilities.

At age 78, Biden is the oldest president ever sworn into office. Concerns over his mental and physical fitness for such a demanding role plagued his campaign.

When he chose Vice President Kamala Harris as his running mate, critics predicted the younger Democrat would be controlling the White House operation.

But according to Rasmussen Reports’ poll data, 51 percent of likely voters believe other people are making decisions for Biden and only 39 percent think he’s in charge. 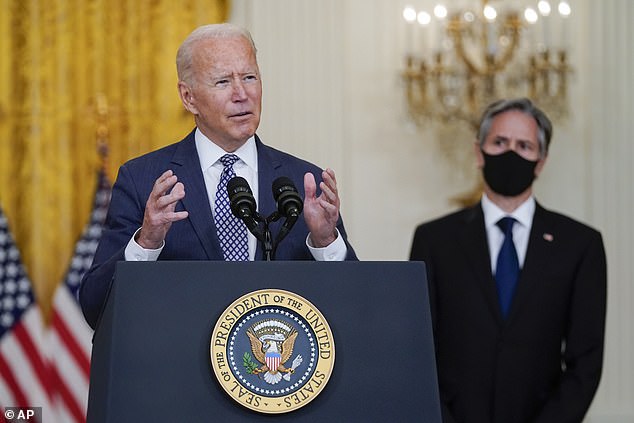 Americans’ confidence that Biden can -and is- performing the job of president is slipping, the new Rasmussen survey finds 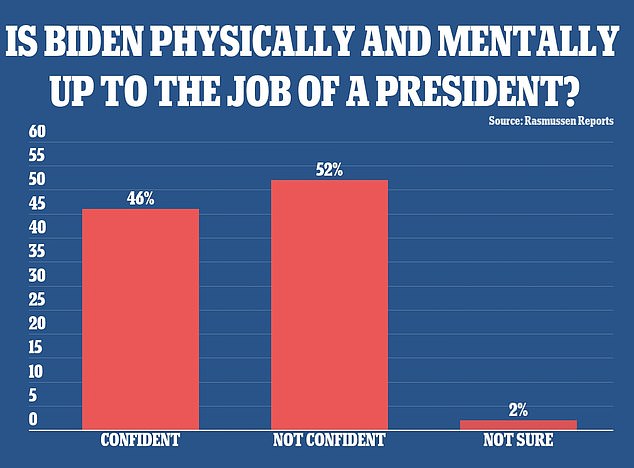 The number of people who think Biden is in control was 47 percent in March.

Ten percent said they were unsure.

However, Harris’s favorability with voters is not much better.

Harris’s standing among likely voters is falling as 55 per cent reveal they do not think the vice president is qualified to run the nation as she spoke publicly for the first time in six days in pre-recorded remarks for a black journalism conference. 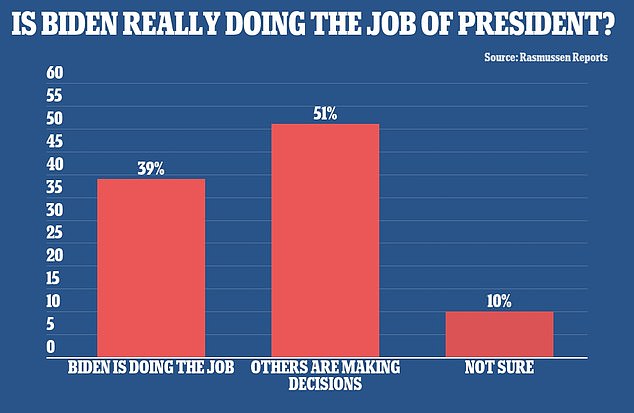 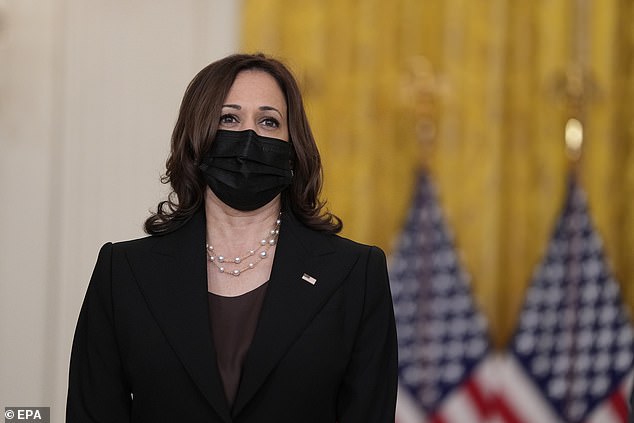 Vice President Kamala Harris, appearing with Biden at a public speech for the first time in over a week, is also suffering from diminishing  voter confidence

The poll regarding Biden however, was conducted between August 18 and 19, amid the United States’ chaotic withdrawal from Afghanistan.

Biden spoke publicly about the status of operations in the war-torn country on Friday afternoon.

In a speech showing a much firmer grip on the situation than earlier in the week, Biden said the number of Americans evacuated out of Afghanistan has increased and he pledged to get every US citizen who wants to return home.

About 12,700 people have been evacuated as of Friday according to the government.

Still the hasty – and deadly – evacuation of western nationals and Afghan civilians has earned Biden bipartisan criticism over the way it was done, as devastating images emerged over the last week of Afghans falling out of the sky when trying to cling to US jets and mothers handing their babies off to troopers because they themselves were unable to get past the massive crowds at the airport. 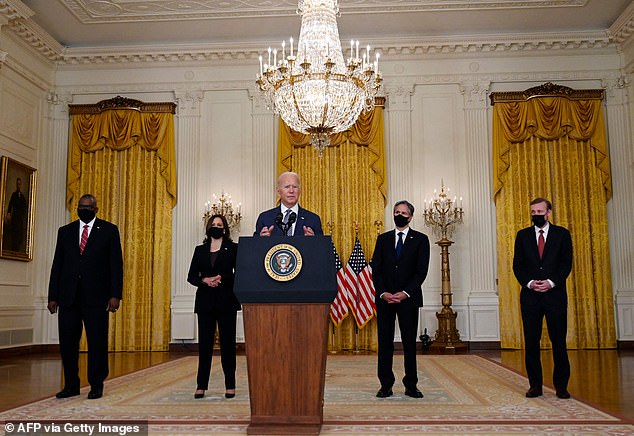 Biden addressed the nation on the crisis in Afghanistan on Friday afternoon, flanked by his top foreign policy officials 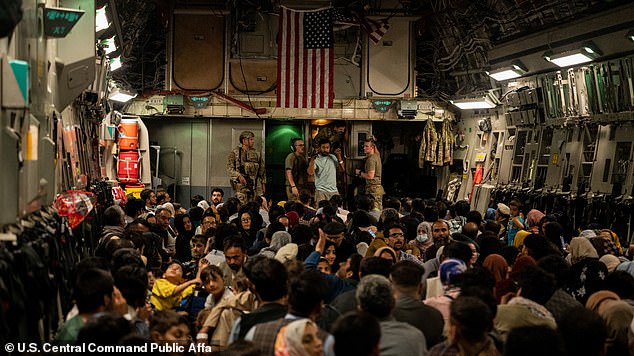 The government announced that about 12,700 people have been evacuated out of Kabul by US forces since Saturday

The worsening border crisis, surging COVID cases through the summer and higher inflation increases than seen in more than a decade have contributed to voters’ plummeting confidence in Biden.

A FiveThirtyEight poll aggregator saw Biden’s approval rating drop below 50 percent for the first time as president, a sign of broad discontent. His disapproval climbed to an all time high of 44.2 percent.

His favorability at this point in time even dipped below that of George W. Bush – who sent troops to Afghanistan in the first place – at the same period in his first term.

One of the polls used by the site, Ipsos, actually shows Biden’s disapproval as higher than his approval in a 47 to 46 percent margin.