Geronimo the alpaca could be slaughter as early as 4.30pm today, his owner has warned.

Helen Macdonald said vets could arrive at her farm in Wickwar, Gloucestershire, to put down the animal from this evening.

She said she has not heard anything from the government and issued a final plea with ministers and the PM to save him.

But she add she will stand firm and ‘not put a healthy animal down’ because ‘my code of conduct will not allow it’.

Geronimo twice tested positive for bovine tuberculosis and the Department for Environment, Food and Rural Affairs ordered his destruction.

Ms Macdonald, who imported the beast from New Zealand, believes the tests are false positives, but was refused permission to have him tested a third time.

Earlier this month she lost her final appeal to save her beloved pet at the High Court in London and a warrant was signed for his destruction.

An urgent application for a temporary injunction was considered on Tuesday by Mrs Justice Stacey at the High Court in London.

But the judge yesterday refused the urgent application and concluded there was ‘no prospect’ of Ms Macdonald succeeding in her bid to reopen a previous ruling. 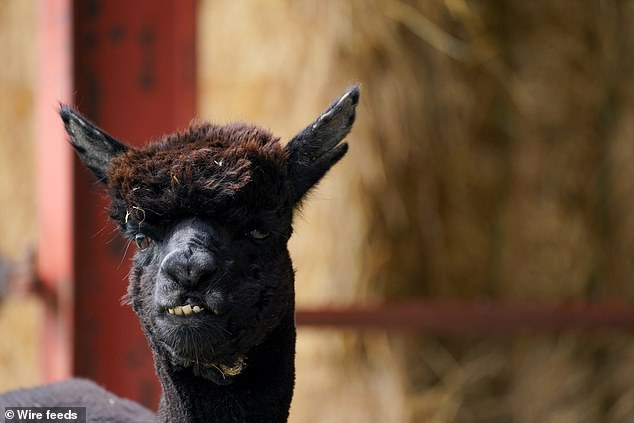 The animal has twice tested positive for bovine tuberculosis and, as a result, the Department for Environment, Food and Rural Affairs (Defra) has ordered its destruction

The farmer told GMB this morning: ‘We know that he’s okay until about 4.30pm but then after that we don’t know anything.

‘We haven’t heard anything from government at all no one will pick up the phone. So we’re back to where we were before this application to the court.’

She continued: ‘We understand we can’t appeal the decision from yesterday, we’ll have a look today and see if there are any other options.

‘But it really does now fall on Boris Johnson, George Eustice and Christine Middlemiss the chief veterinary officer to do the right thing.

‘I’m standing firm, I can’t put a healthy animal down. My code of conduct will not allow it.

‘We will stand firm and do whatever we can to make sure the warrant isn’t executed and he is not executed.’

He said the agency would give Ms Macdonald the opportunity to make her own arrangements.

Ms Macdonald’s lawyers told the court Geronimo first tested positive for bovine tuberculosis in September 2017 and has been in isolation since.

Catrin McGahey QC said that although Defra argued in previous hearings there was a ‘residual risk’ to other animals, it said the bio-security bubble was ‘impeccable’.

She said it had come to light following the publicity resulting from Ms Macdonald’s case that other animals who have been subjected to the same testing regime as Geronimo have later showed no signs of the disease after being euthanised.

Ms McGahey said: ‘The only issue is whether the defendants should have disclosed the fact that they had in their possession evidence that other camelids who had been subjected to repeated priming had gone on to test positive in Enferplex tests, and that there had been no sign of bovine tuberculosis on post-mortem examination.’ 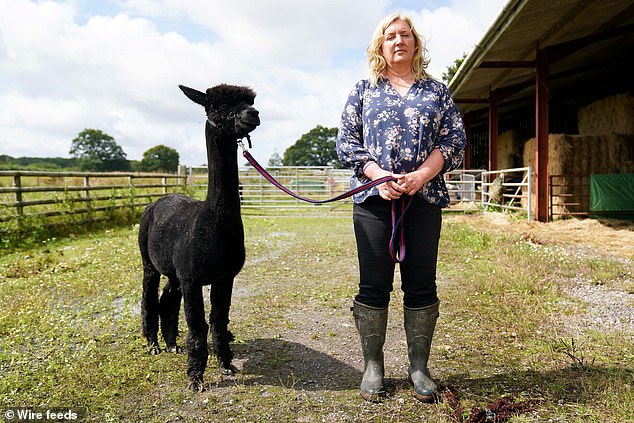 Geronimo the alpaca with owner Helen Macdonald.  On Tuesday, an urgent application for a temporary injunction to halt the enforcement of the destruction order was considered by Mrs Justice Stacey at the High Court in London

The barrister said the publicity had led the Daily Mail to find the owners of nine other camelids who were tested under the same regime, whose animals showed no signs of the disease after slaughter.

But after an adjournment to allow Ms Macdonald’s lawyers to decide what evidence they wish Defra to produce and a time estimate of how long that may take, the judge refused to grant injunctions to spare Geronimo pending a further hearing and for disclosure.

Mrs Justice Stacey said on the evidence before her, Ms Macdonald had not succeeded in showing there was any prospect of her reopening the litigation.

She said the farmer’s complaint about non-disclosure did not give rise to an arguable case, but was a ‘disingenuous and backdoor way of seeking a further route to appeal’ when there was none left.

Last week the Government insisted all the evidence on the animal’s condition had been ‘looked at very carefully’.

A Defra spokesman said on Wednesday: ‘There are no plans to execute the warrant today.

‘We are sympathetic to Ms Macdonald’s situation, just as we are with everyone with animals affected by this terrible disease. 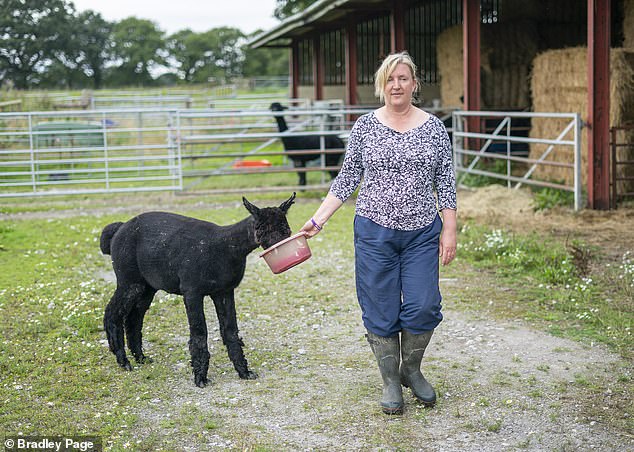 The alpaca’s owner Helen Macdonald (pictured with Geronimo), 50, made a last-ditch legal application to delay the animal’s execution

‘It is for this reason that the testing results and options for Geronimo have been very carefully considered by Defra, the Animal and Plant Health Agency and its veterinary experts, as well as passing several stages of thorough legal scrutiny.

‘Bovine tuberculosis is one of the greatest animal health threats we face today and causes devastation and distress for farming families and rural communities across the country, while costing the taxpayer around £100 million every year.

‘Therefore, while nobody wants to cull infected animals, we need to do everything we can to tackle this disease to stop it spreading and to protect the livelihoods of those affected.’

The law firm representing Geronimo’s owner Helen Macdonald said they were ‘deeply disappointed’ with the outcome of the hearing on Wednesday.

Olephant Solicitors said: ‘Mrs Justice Stacey did not grant the injunction we were seeking, the result of which is that the Department for Environment, Food & Rural Affairs (Defra) can enforce the warrant to execute Geronimo at any time after 4.30pm on Thursday 19th August 2021.

‘Further, the judge did not order the disclosure we had sought regarding nine other camelids that had previously tested positive for bovine TB after multiple priming yet showed no signs of bovine TB post-mortem.

‘Unfortunately, Mrs Justice Stacey has taken at face value the statements by Defra that they, and specifically the Secretary of State, have complied with their duty of candour in bringing before the court all relevant information in applying for the warrant.

‘We are surprised and concerned by that approach, given the information that has come to light in recent weeks regarding the nine other camelids.’