A bus has exploded into flames outside a major shopping centre with just enough time for passengers to scramble to safety.

Heat and smoke from the inferno was so intense it activated sprinklers inside Macarthur Square shops in Campbelltown, southwest Sydney.

Two fire crews rushed to the scene on Kellicar Road at about 11am on Monday to find the bus engulfed in flames and billowing black smoke. 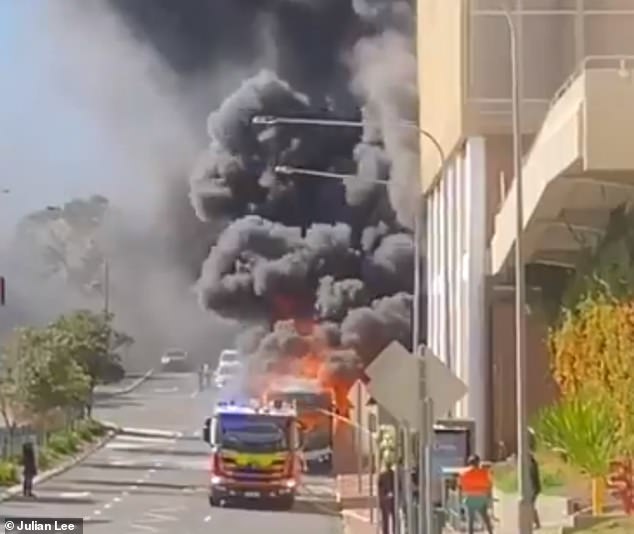 The bus broke out in flames outside Macarthur Square shopping centre, Campbelltown in Sydney’s southwest

The driver and three passengers were able to escape just before the fire ripped through the bus, and run to safety.

Two Fire and Rescue NSW crews quickly extinguished the blaze, but the bus was destroyed and towed away soon afterwards.

Fire and Rescue NSW is investigating how the fire started. 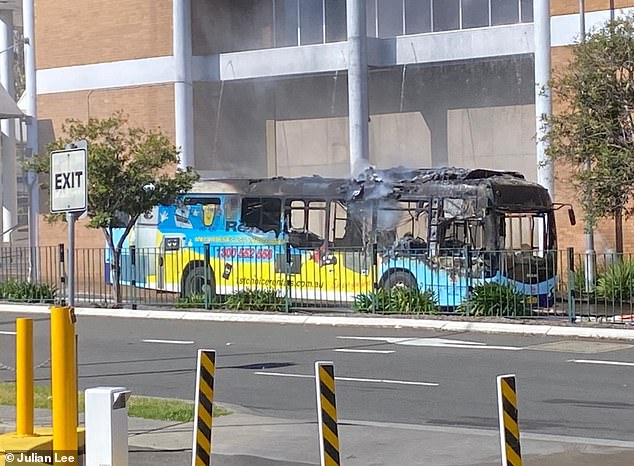 Two Fire and Rescue NSW crews quickly extinguished the blaze, but the bus was destroyed and towed away soon afterwards