British jihadis have smuggled themselves into Afghanistan to join the Taliban as it continues to seize vast swathes of the country, it was reported last night.

Phone calls intercepted by military intelligence reportedly reveal British men talking openly – one of whom had ‘a London accent’.

A security source said there was ‘intermittent intelligence’ showing Britons taking up arms against the Afghan government. 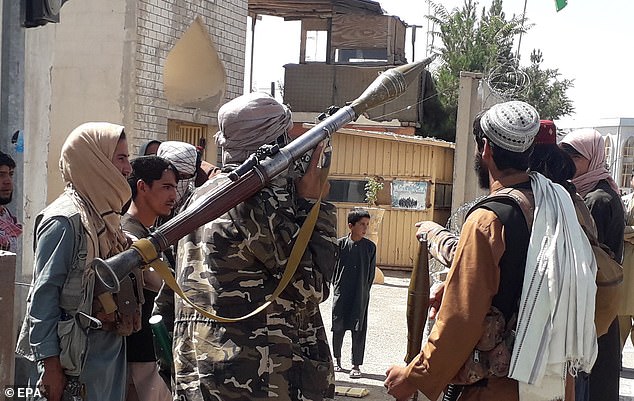 Phone calls intercepted by military intelligence reportedly reveal British men talking openly – one of whom had ‘a London accent’. One Taliban fighter is seen with an RPG in the city of Ghanzi on Thursday

But the source told The Sun: ‘We have no idea who they are. It’s difficult to put a number on it.’

A senior military intelligence source added: ‘We have received some intercepts of two British men, probably below 30, talking openly on mobiles.

‘One had a London accent, what you might call a street accent.’

Around 800 Britons are thought to have travelled to Syria and Iraq to join Islamic State in recent years. 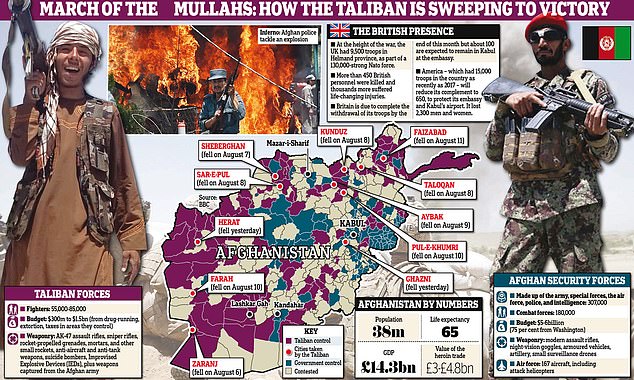