Australia’s capital city has been overrun by panic buyers preparing for Canberra’s snap seven day lockdown after one new Covid case was announced in the region.

Mayhem hit the major supermarkets across the city as shoppers rushed to stock up on supplies ahead of the 5pm lockdown on Thursday.

Queues of customers lined grocery aisles and some lines even spilled onto the streets outside shopping centres. 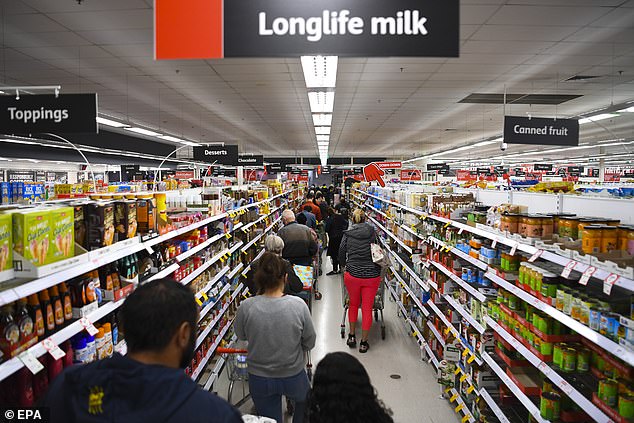 Panic set in as ACT Minister Andrew Barr announced the territory would be plunged into a seven day lockdown from 5pm during a press conference on Thursday.

Under the snap lockdown restrictions residents are still able to leave their homes for essential groceries and supplies but Minister Barr said the use of CBR check-in codes was ‘critical’.

Minister Andrew Barr said the raft of lockdown restrictions were taken as a precautionary measure due to the unknown source of the positive Covid-19 case. 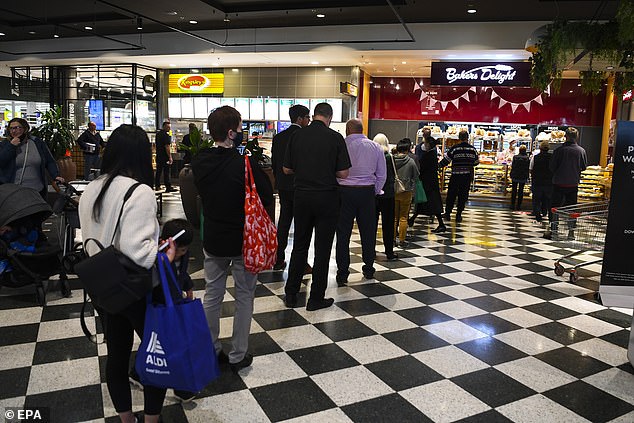 Shoppers sprawled across shopping centres to pickup last minute groceries ahead of ACT’s lockdown, despite the closure of only general retail

Despite only general retail being forced to close, hoards of residents rushed to their local shopping centres shortly after the press conference wrapped up.

Customers flooded the aisles and footage emerged of shoppers spilled across the perimeter of an entire Coles store while they waited for the self service checkout.

Long queues were reported at Majura Park CostCo which snaked alongside the building for 150 metres, with workers regulating store numbers and CBR check-in codes via a walkie talkie, reported The Canberra Times. 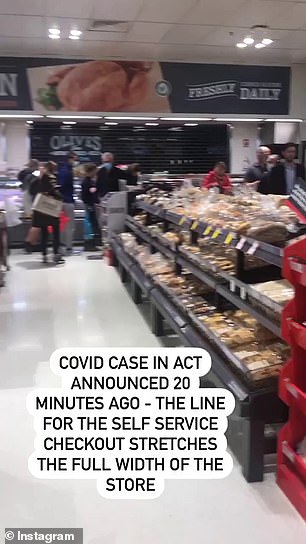 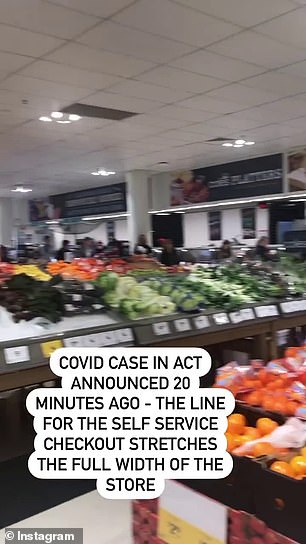 Toilet paper restrictions were imposed with a one pack per person rule in order to ration stock, with the news outlet reporting buyers said they were grabbing toilet paper ‘just in case.’

Maskless shoppers were filmed cramming into a Woolworths an hour after the territory confirmed it was heading into lockdown.

In an effort to ease panic buying major food delivery courier Deliveroo has offered Canberra residents free delivery from 5pm, with the company footing the bill for all local restaurants so they aren’t out of pocket.

Deliveroo Chief Executive Officer Ed McManus said: ‘In response to the snap lockdown and panic buying already seen in some parts of Canberra, Deliveroo is introducing free delivery across nearly all restaurants.

‘We’re covering the cost of delivery to support the local hospitality industry. We hope to help contain the spread by allowing locals to safely enjoy their favourite takeaway.’ 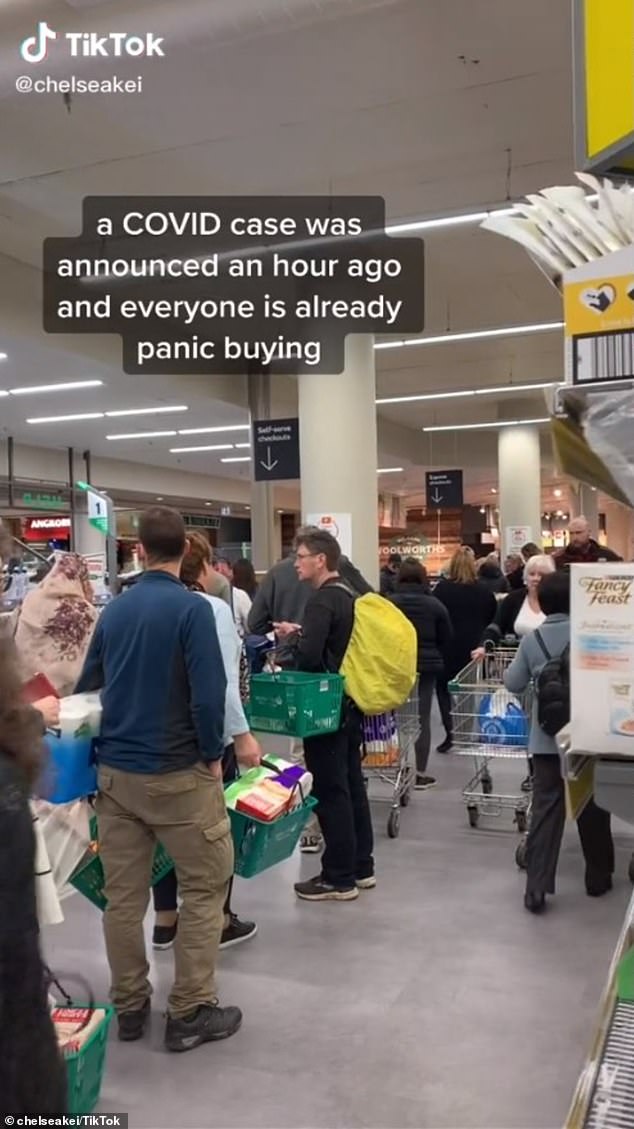 ‘The virus only transmits when people move around and the objective here is to reduce the transmission that is why we are entering a lockdown,’ Barr said.

‘It is critical to follow the public health orders over the next seven days, now is not the time to be popping over to mum and dad’s or your sister’s or brother’s please stay at home.’

From 5pm, general retail will close and masks made mandatory for those aged over 12 years old.

Barr also announced the expansion of testing clinics in Exhibition Park and Weston Creek as he asked Canberrans to ‘be patient’ during expected longer wait times as the demanded for Covid-19 tests surge. 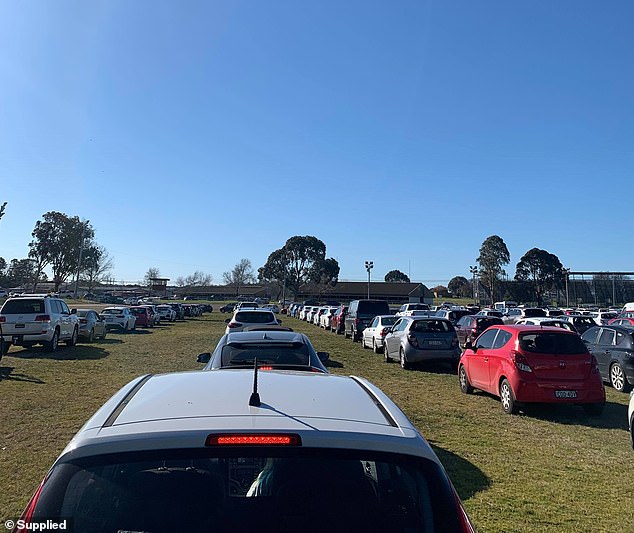 Images from Epic drive-in clinic in Exhibition Park show multiple lines of vehicles queued up for a Covid-19 test.

A local resident said she had been waiting for almost two hours telling Daily Mail Australia, ‘people are waiting so long they had to leave their cars to use the toilet’.

The demand for testing comes as a Gungahlin man in his 20s, the city’s first Covid-19 case this year, spent an extensive time in the community while infectious.

The man had visited several venues including Canberra outlet centre, a JBHIFI, a pub and a Coles supermarket with all sites considered close contact venues, from August 8 to August 11.

Officials have been unable to trace the source of the infection, posing the most serious public health risk the territory has seen in over 12 months.