From pig shed to Wall Street: British entrepreneur, 29, who set up vehicle charging firm at family farm is listing it on the stock exchange… for £488m

By Matt Oliver City Reporter For The Daily Mail

A British entrepreneur who started an electric van-charging business in a pig shed is to become a multi-millionaire when it debuts on Wall Street.

After making a string of deals with firms including Amazon, Sainsbury’s and Uber, he is now poised to list the firm on the New York Stock Exchange with a value of £488million.

It means that Mr Jardine – who is just 29 – could see his stake in the company valued at £71million.

His parents John, 60, and Mary Jardine, 57, entrepreneurs in their own right, also own shares potentially worth another £75million.

The father, who previously owned and sold businesses involved in composting, and making artificial logs for fires, helped his son found the company and is still managing director. 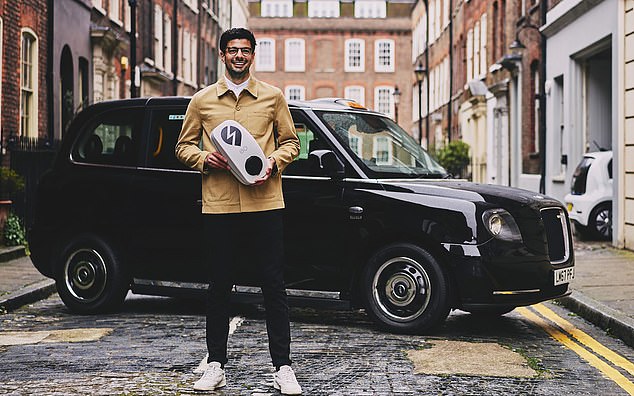 The family, from Suffolk, started the electric van charging business in a former pig shed on a farm owned by Charlie’s grandfather.

Mr Jardine, who went to independent Uppingham School and Leeds University, said: ‘I had previously worked at another electric charging company but I’d always wanted to start my own business.

‘My grandfather lent us the pig shed and we converted that into a factory, so we came from humble beginnings.

‘And what we are doing has not just been my journey, it has been a family journey. We are all very proud of what we have achieved so far.’ 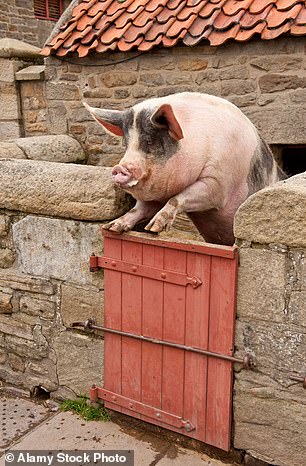 The family, from Suffolk, started the electric van charging business in a former pig shed on a farm owned by Charlie’s grandfather [Stock image]

After spending 12 months building its first charging station, the company secured an early breakthrough with a deal to install electric van chargers in the depot of London-based Gnewt Cargo, backed by £1million of funding from the Mayor of London’s office. A string of deals followed, with firms ranging from Tesco and Sainsbury’s to bus provider Go-Ahead and energy firm Octopus.

But the company’s most notable success is a deal with Amazon to provide charging infrastructure for its vans across Europe, as well as software and maintenance services. EO Charging, based in Stowmarket, Suffolk, has installed some 50,000 charging stations so far – most of them in the UK – but plans to ramp this up in the coming years.

This expansion will also see its staff headcount rise from about 130 at present to about 400 by the end of next year. Being listed on the stock market will mean about £108million can be pumped into the business.

The firm will first merge with First Reserve Sustainable Growth Corp, a so-called ‘blank cheque’ company that is already listed in New York. This means EO can float on the public markets far more quickly than if it went through the usual process of applying for regulatory approval and wooing investors.

Mr Jardine said the market for electric vehicle infrastructure globally is expected to be worth about £65billion by 2026.

There is a rapidly growing appetite among firms that use fleets of vehicles to switch to electric due to green regulations, cheaper vehicles and customer pressure.

‘Costs are coming down, there is growing government support and I think consumers are now more aware of the green agenda,’ Mr Jardine said.