Are church weddings on the way out? Religious ceremonies fall to record low with just one in five couples now choosing them as overall marriage rate hit its lowest rate in more than a DECADE

Religious weddings have hit a record low amid a general fall in the number of couples getting married, new figures reveal today.

Ceremonies taking place in churches and other faith sites now account for little over one one in five nuptials, the Office for National Statistics (ONS) said.

But civil ceremonies also fell 1 per cent in 2018, according to new figures released today that do not cover the period when weddings were effectively banned over he past 18 months. 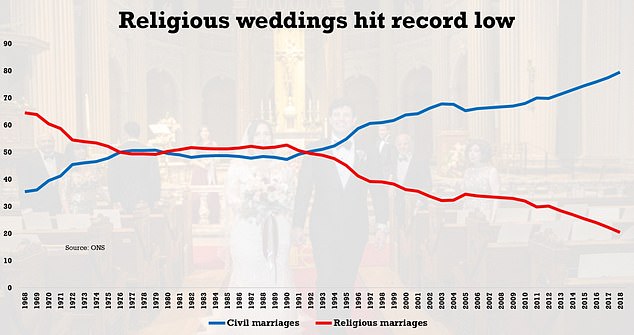 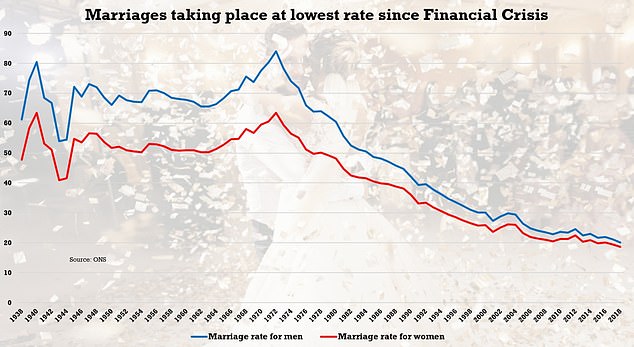 Kanak Ghosh, from the ONS, said:  ‘Marriage rates for opposite-sex couples were the lowest on record in 2018, while the total number of marriages fell for the third consecutive year in a row.

‘This continues the gradual long-term decline in both numbers and rates since the early 1970s.

‘Despite this overall decline, more people are choosing to get married at older ages, particularly those aged 65 and over.

‘This is the fifth year since same-sex marriages have been possible and around one in thirty-five marriages are now among same-sex couples’.’