A young Afghani woman who was murdered by her husband after he paid a $15,000 dowry to her family was desperate to avoid an arranged marriage because she finally felt ‘free’ and at home in Australia.

Ruqia Haidari, 21, and her family fled Afghanistan for Australia when she was 16 years old, seeking a better life for themselves.

She loved the culture and embraced everything she could with friends at McGuire College in Shepparton, Victoria, but was weighed down by the knowledge that she’d be expected to wed after graduation.

Abbey Gawne, Ms Haidari’s best friend, told Daily Mail Australia she had dreams of travelling and adored her new home for the freedoms it afforded her.

And yet, she was expected to tolerate an arranged marriage with 25-year-old Uber driver Mohammad Ali Halimi, who packed up and moved them both to the opposite side of Australia in Perth following their wedding in November 2019.

Ms Gawne never got to speak to her best friend again. 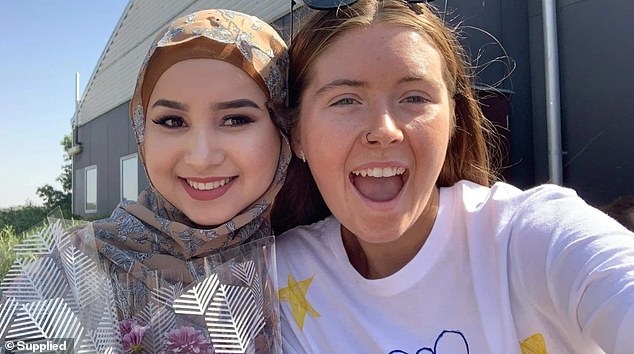 Abbey Gawne, Ms Haidari’s best friend (pictured together on the day of graduation), told Daily Mail Australia she had dreams of travelling and adored her new home for the freedoms it afforded her

She had been trying to get in contact with Ms Haidari since the wedding, and claims she spoke to several of their school friends the day before the 21-year-old’s death. None of them had heard from her either.

‘We’d try to call and text, but her phone was always switched off. We were all so worried about her. When our friends said her phone was off whenever they tried too, that indicated something was up,’ she said.

Ms Haidari was murdered on January 18, just two months after she was married.

His sister was on the other end of the line pleading with Halimi, shouting ‘don’t touch me, don’t hit me’ as her husband demanded she be quiet.

‘If you’re a man, come get your sister’s dead body,’ he said. 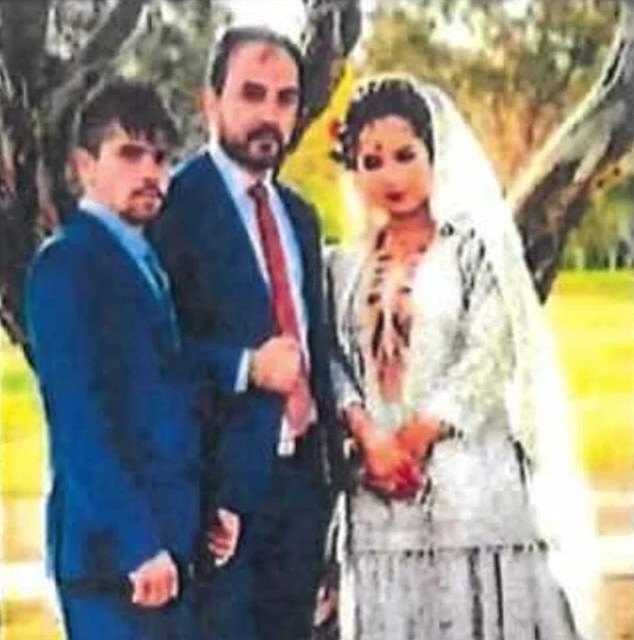 Ms Haidari (right) married Halimi (centre) in November 2019, and by January 2020, she had been killed

The former Uber driver wrote a letter to the court claiming he reached breaking point after ‘a long period of rejection, emotional heartache and confusion’.

He’d previously sent videos to Ms Haidari’s family complaining that the marriage wasn’t what he expected. He was upset that she would not cook and clean for him while he worked as an Uber driver or factory hand.

Halimi denied knowing Ms Haidari had been forced to marry him, despite previously admitting to police that she told him as much.

Ms Gawne visited her best friend’s grave on Monday, as she does most days, to reminisce on the good memories.

‘She just wanted to be free,’ Ms Gawne said.

Ms Haidari spoke little about her upbringing in Afghanistan but was quick to tell her new friends in Shepparton that life in Australia was all she could have ever hoped for.

‘She would say how much she preferred Australia to Afghanistan, how she wanted to go overseas [to travel] but not too much.’

It was easy for Ms Haidari to consider Australia home, and she quickly picked up the English language at her school in Shepparton.

Ms Gawne recalls it taking a little while for Ms Haidari to open up to her peers, but that she quickly became well liked.

‘She was just so outgoing and bubbly by year 12. She’d introduce herself to anyone, she just wanted to be everyone’s best friend.’

Toward the end of high school, Ms Haidari opened up to Ms Gawne about the prospect of an arranged marriage.

She knew it would happen, but had no idea when.

Ms Haidari said she did not want to marry a man she didn’t know, but felt there were no other options available to her.

‘She was coming to school exhausted, and tired and really drained. To the point that she was sleeping in classes. I guess it’s because that’s where she felt safe,’ Ms Gawne recalled.

The 21-year-old had secretly informed the Australian Federal Police’s human-trafficking team that she was being coerced into the marriage three months before they wed.

Forced marriage is considered a form of slavery in Australia and a criminal offence, but statistics show up to 80 have taken place in the last financial year alone.

Nobody has ever been prosecuted for orchestrating a forced marriage in Australia.

Halimi will spend at least 19 years behind bars before he is eligible for parole.

www.mybluesky.org.au assists people who are at risk of a forced marriage