Kevin Durant and Team USA trounced Australia on Thursday in the men’s basketball semifinals to move into the finals and just one victory away from a fourth straight gold in the Olympics.

An inspired Durant scored 23 points while Devin Booker added 20 as the US avenged a shock defeat to Australia in an exhibition game in Las Vegas last month.

The Americans, champions at the previous three Games, got off to a rocky start, shooting poorly and racking up fouls that let Australia build a 15-point lead in the second quarter. 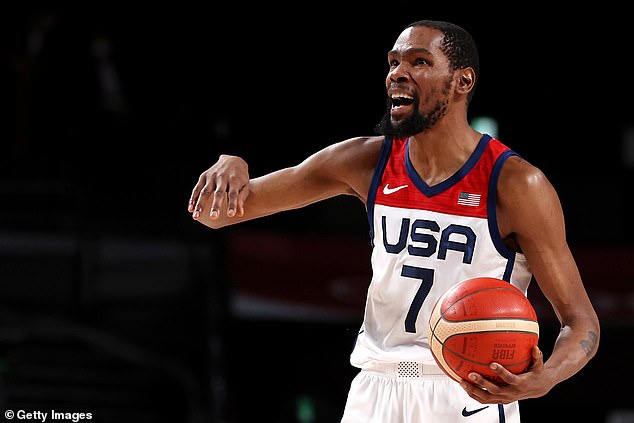 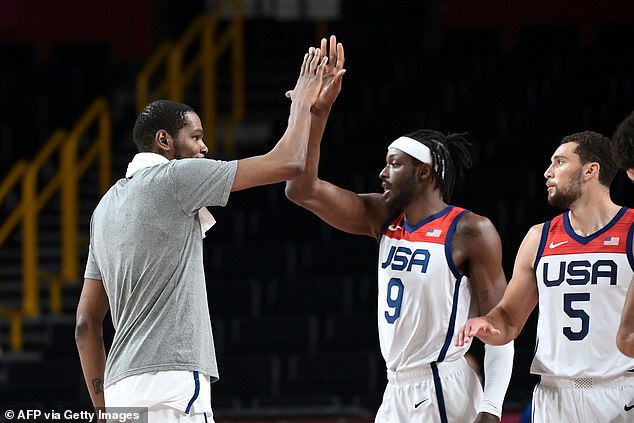 But the U.S. team rallied in the second half, led by Durant, opening with 12 unanswered points. A barrage of three-pointers and dunks widened the point gap to 97-78 by the final buzzer.

‘I’ve got to give credit to Australia, they came out and hit us with a nice haymaker,’ said Durant, who in these Games surpassed Carmelo Anthony as Team USA’s highest Olympic scorer.

‘We were able to get some momentum going to the half. Guys came out with that intensity, man, we made shots as well,’ he said. ‘I feel like everything aligned for us in that second half, and that’s who we are.’

The United States will now face the winner of France versus Slovenia for the gold medal match on Saturday. Australia will play for the bronze the same day.

Athletes, officials and volunteers filled out the stands of the Saitama Super Arena, north of Tokyo, in the absence of paying spectators amid COVID-19 related curbs. An Australian contingent pounded drums and a tambourine to cheer their team.

The Americans have historically been the team to beat, with 15 men’s basketball gold medals since 1936.

But the team in Tokyo has proven to be vulnerable, dropping two-straight exhibition games in July and suffering their first Olympic defeat since 2004 against France earlier in the event. 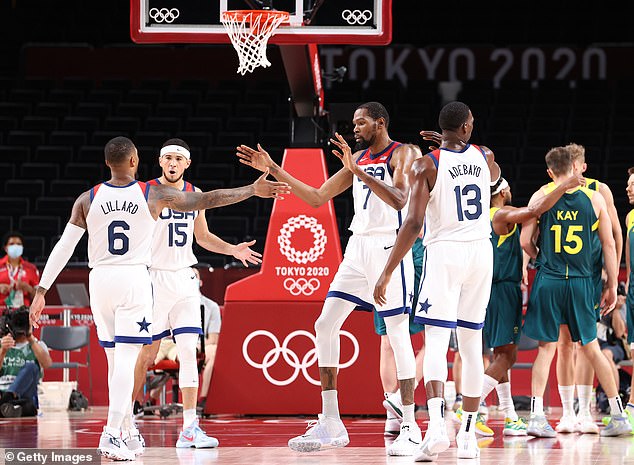 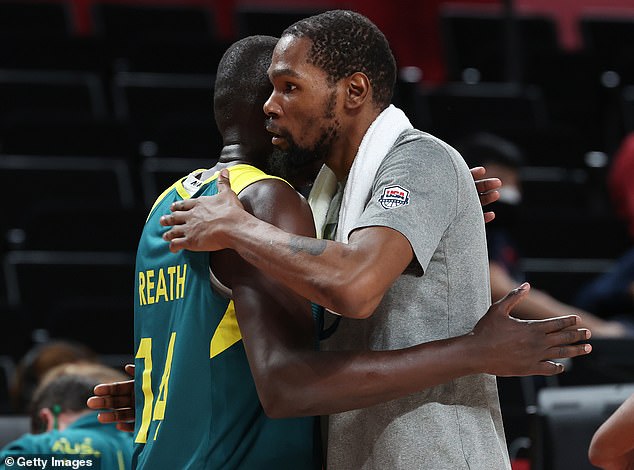 It all, however, came together in the semifinals as Durant led with 23 points. Three others were also in the double digits.

‘They got a lot of firepower,’ said Australia’s Matisse Thybulle, who plays for the NBA’s 76ers.

‘We knew that if we gave them an inch they’d be able to take a mile, so that’s really just what happened.’