The Kookaburras will play in the men’s hockey final at the Olympic Games after beating Germany 3-1.

World No.1 Australia will battle Belgium for the gold medal in Tokyo on Thursday evening.

Tim Brand and Blake Govers were on target in a pulsating semi-final contest, scoring either side of German Lukas Windfeder’s equaliser.

Lachlan Sharp sewed up victory 90 seconds from time on a Kookaburras’ breakaway.

It means Australia will contest a first Games final since 2004 in Athens, the only time they have won Olympic gold. 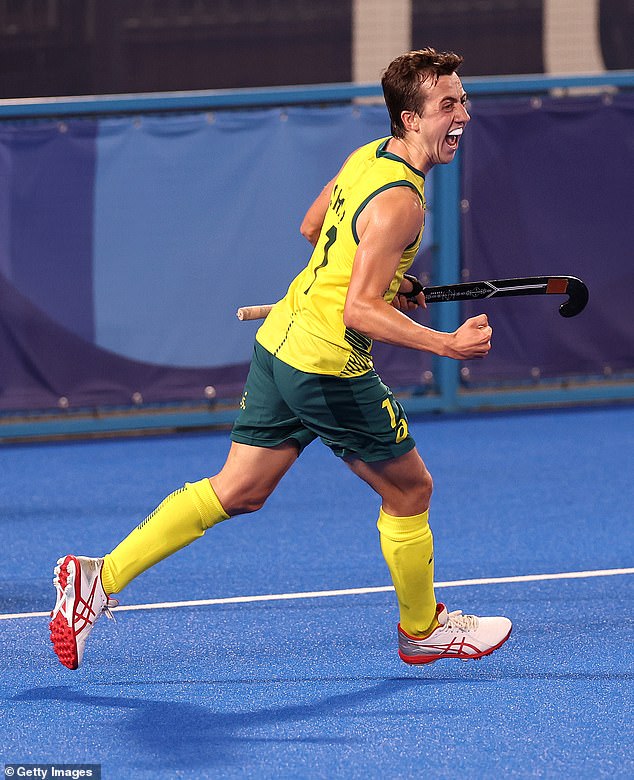 The game began at a frantic pace and the Kookaburras struck after seven minutes when Govers chose to take the aerial route.

Flynn Oglivie brought the ball down brilliantly for Brand to poach his fifth goal of the competition from close range.

Australia’s joy was cut short, though, as Germany responded within three minutes from a penalty corner.

Windfeder is one of the best in the business from such situations, and he beat Oglivie’s attempted goal-line clearance to level.

Tom Wickham’s burst set up Oglivie for a shot which Germany goalkeeper Alexander Stadler pushed around a post. 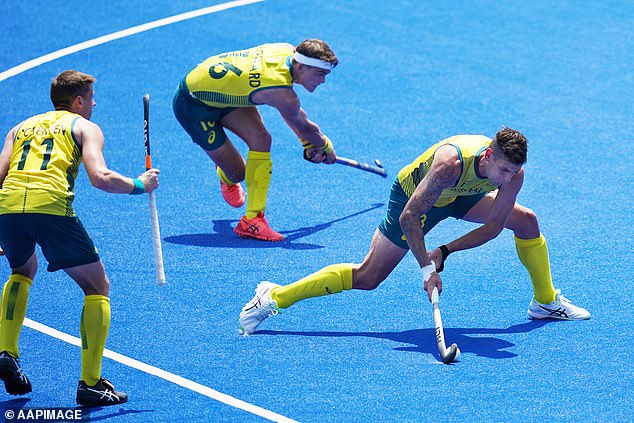 World No.1 the Kookaburras (pictured) are set to play for gold on Thursday when they go up against Belgium

Andrew Charter was also busy at the other end to twice deny Timm Herzbruch and keep out Windfeder.

It was Govers’ 96th goal in 110 international appearances, and his seventh at the Tokyo Games.

Govers was foiled from another penalty corner by a superb Stadler stop before Germany began to dominate.

Constantin Staib went close in the final quarter, but Australia defended for their lives and sealed victory with no goalkeeper in the Germany net.

Wickham charged through and crossed for Sharp to apply the finishing touch in front of an empty goal. 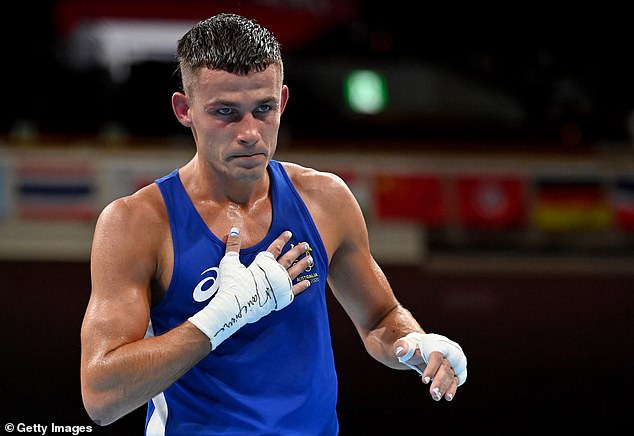 India and Germany will play for the bronze on Thursday morning.

This comes as Harry Garside is guaranteed Australia’s first Olympic boxing medal in more than 30 years, and possibly the country’s maiden gold, after the lightweight beat Kazakhstan’s Zakir Safiullin in a tense split decision quarter-final at Tokyo.

The qualified plumber, 24, will add at least a Games bronze to his 2018 Commonwealth gold, given both semi-final losers in boxing are awarded third place.

Garside won 3-2, with each round split 3-2 between the five judges, a frenzied final round going his way to the shock of the plucky Kazakhstani, who is 10 years his senior.

Garside, who has turned to ballet into his training regimen to improve his footwork and balance, let out a bellowing ‘yes, c’mon’ when the decision went his way.

Featherweight Skye Nicolson, who was belting out a rendition of ‘Aussie, Aussie, Aussie’ from the stands during Garside’s final round on Tuesday, came desperately close when she lost a split decision in the Tokyo quarter-finals last week.