It was a tragedy that sent shockwaves across Europe as a family drowned trying to cross the Channel, with the body of their toddler son Artin Iran-Nejad later washing ashore some 700 miles away.

But now the suspected kingpin trafficker who is thought to have organised the deadly trip has been arrested.

A French and British undercover police operation led to the 36-year-old Iranian-Kurd’s capture at his spacious home in Denmark.

The arrest came just hours before he attempted to flee Europe with his wife and two children to escape justice.

The detainee is a suspected master criminal, believed to have organised hundreds of illegal migrant boat crossings in the past two years.

He was preparing to drive his car secretly from Denmark via Turkey to Iran, before the net closed in on him in a dawn raid last month. 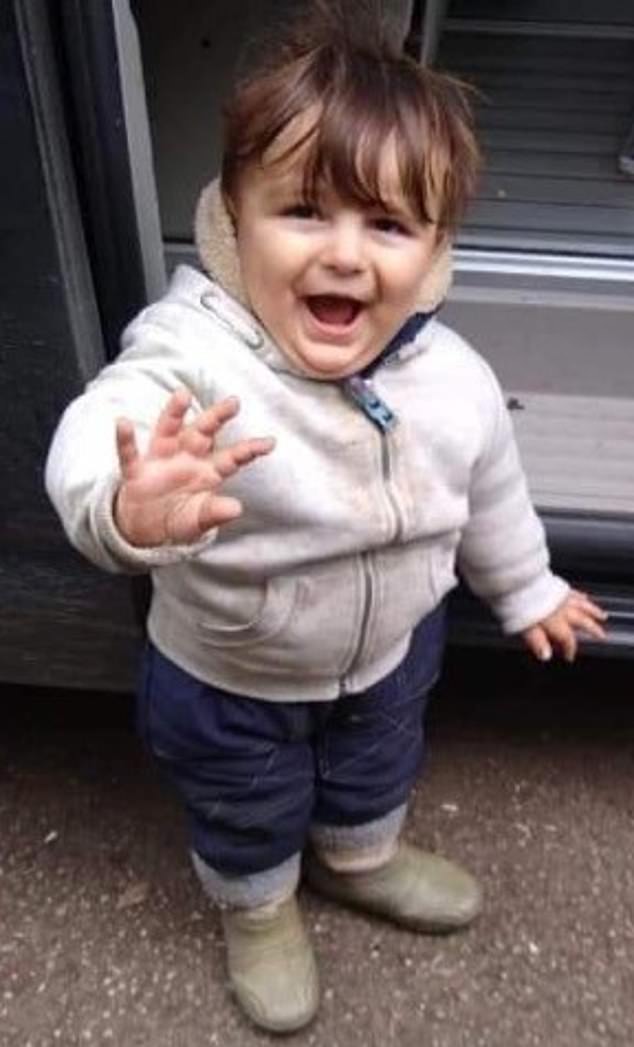 Their boat had capsized, with two other migrants also dying, and 15 surviving. Four of the Iran-Nejad family’s bodies were recovered from the water – but Artin was swept off to sea.

His body was found in a blue overall and life jacket by fishermen in Norway on New Year’s Day, but was not identified until June this year.

Last night, a British source said: ‘We were about to lose this trafficker. He planned to leave Denmark and return to his home country of Iran.

‘A French arrest warrant on him had been issued and he knew things were getting hot for him in France and Europe.

‘We suspect he planned to continue, even expand, his trafficking activities, buying boats, outboards and organising the migrant crossings, on his return to Iran. That is why we had to find him. He had to be stopped.’

A search for the suspect began a year ago before the drowning of Artin and his family.

The Iranian-Kurd was believed to be a central cog in one of the biggest Channel boat-trafficking operations with tentacles stretching back to Iran.

A sophisticated undercover surveillance operation by French police and Britain’s National Crime Agency led to his arrest at the 11th hour, the Daily Mail can disclose.

He is now in a Danish jail awaiting extradition to France facing charges of negligent manslaughter over little Artin and his family. The reputed kingpin is also expected to be accused by the French of aiding illegal immigration and high-level involvement in a criminal trafficking gang.

Capturing the suspect – whose name the Mail knows but is not disclosing for legal reasons – is a brilliant joint coup for France and Britain in the fight against Channel boat crossings run with slick, cruel efficiency by international criminals reaping millions.

It is claimed he had been slipping from his home in Denmark into northern France to oversee boat crossings before the terrible deaths. 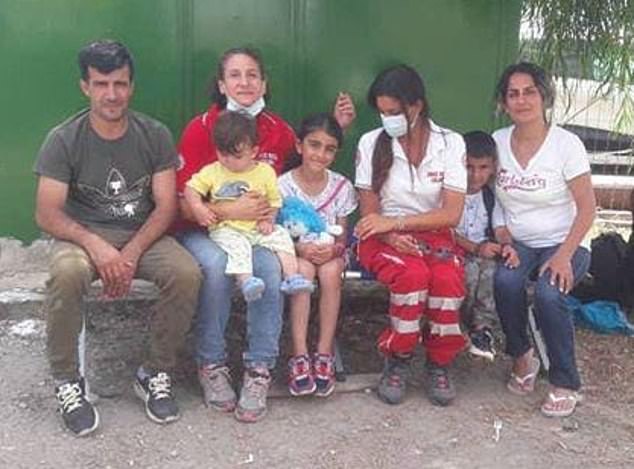 The suspect has a ‘peeping Tom’ conviction after he was caught spying on a woman as she was getting undressed at home.

The hunt for him was stepped up after Artin and his family’s drownings and his suspected involvement.

The French issued a warrant for the suspected kingpin, but he stopped going there when he discovered it existed.

Just before his early-hours arrest on June 22 at his home in the city of Viborg, a three-hour drive north-west of Copenhagen, intelligence had been received that he was plotting an imminent getaway.

At an emergency overnight court, a Danish judge issued an arrest warrant for him which was served on the suspect at 5am at his home.

Crucially, the Danish warrant – unlike the French one which only covered his activities in France – stopped his escape from the country back to Iran.

A source said yesterday: ‘Once he got to Turkey, it would have been near impossible to get him back.

If he had crossed the border from there to Iran, there would have been little hope of ever catching him.’

Danish prosecutor Niclas Nissen, who had received evidence from French and British authorities, asked the court last week to extend the suspect’s detention, and he will remain in jail pending extradition proceedings until August 18.

The Iran-Nejad family drowned when their flimsy boat capsized off Loon-Plage near Dunkirk.

Fellow migrants describe seeing traffickers forcing people aboard the boat in perilous conditions, including winds of up to 47mph, before it set off for Kent.

Distraught friends said the family had agonised over making the crossing just hours before the disaster – the worst in the Channel during the migrant crisis.