‘You had one job!’ Tradie makes a VERY obvious error when rebuilding an outback pub two years after it burned to the ground

A tradie is the talk of an outback town after misspelling ‘pub’ while rebuilding the local watering hole two years after it was destroyed by fire.

The Mucka pub in the town of Muckadilla, 40km west of Roman in Queensland, burned to the ground in August 2019, leaving the town’s tiny community devastated.

Farmer Marty Coomber took it upon himself to buy and rebuild the institution 12 months after the blaze.

As the revamp reaches its completion, the pub posted a picture on Facebook showing it had been renamed ‘The Mucka Bup’.

‘Marty Coomber… you had one job!,’ the caption read. 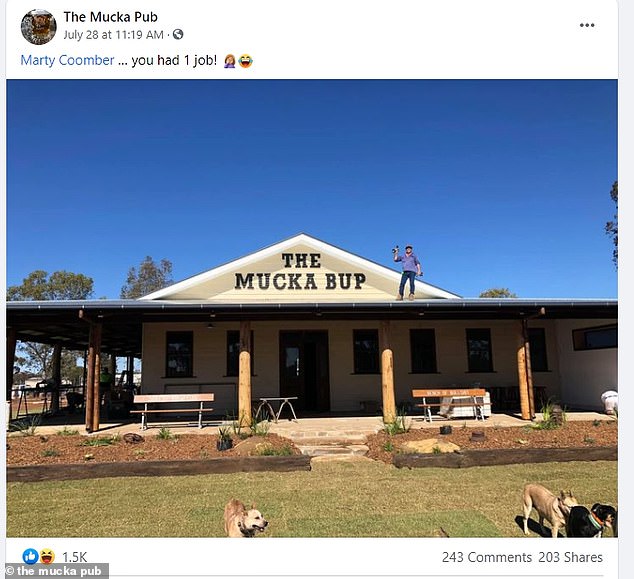 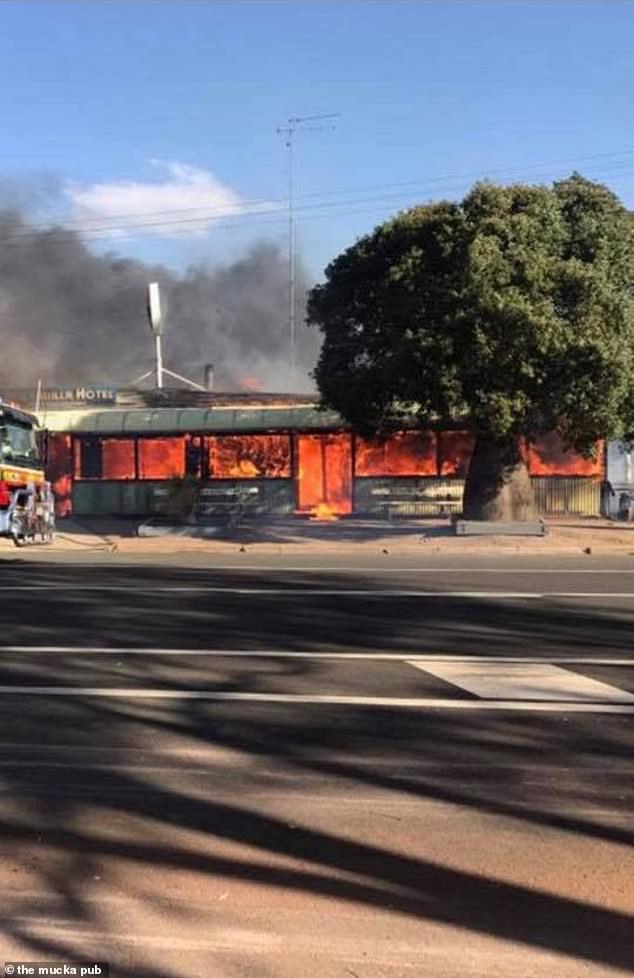 Mr Coomber’s wife Christy said it took ten minutes for someone to stop and notice.

‘We didn’t expect it to get as much attention as it has. We’ve got heaps of great people who are supporting us from all over the country,’ Mrs Coomber told Daily Mail Australia.

Many users voiced their opinions on their love for the pub’s sign.

Another wrote: ‘Don’t correct it. It will become legendary and have even more people stopping.’ 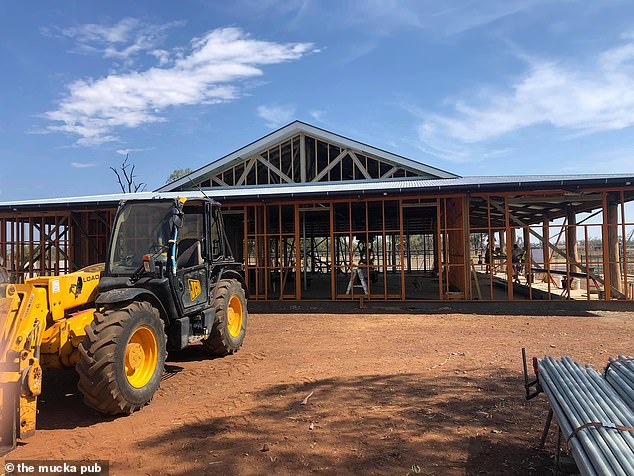 The pub began its rebuild in August 2020, one year after the devastating fire 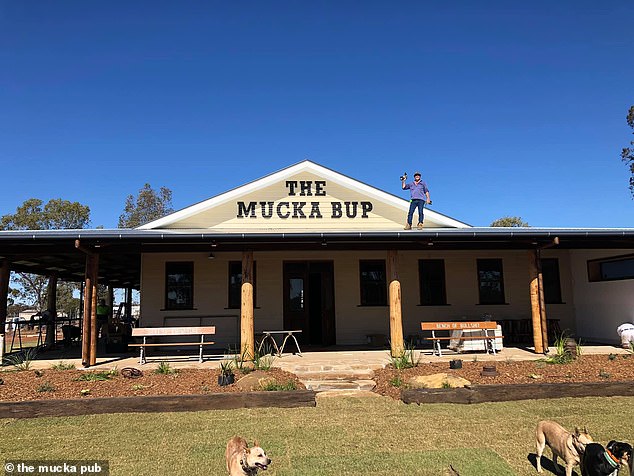 A third said patrons would read the sign correctly after when leaving the venue.

‘When the pub shuts and the patrons walk out, they will read it as PUB anyway.’

Mrs Coomber hinted that the pub’s name could stay.

There is a lot of love for the sign and people are begging us to keep it like it is, so maybe we will! We’ll see how we go after opening.’, said Mrs Coomber.