An innocent office receptionist has been inundated with vile abuse after being wrongly named as the person who made sex offence allegations against a Premier League footballer.

Chelsea Pardoe, 20, has nothing to do with the case but has been left distraught and terrified for her safety after hundreds of messages appeared on her social media feeds, calling her a ‘grass’, ‘snitch’, ‘prostitute’ – and even accusing her of trying to blackmail the footballer for millions.

The abuse began in the wake of news that a married foreign Everton footballer, who also plays for his country’s international team, was arrested last Friday on suspicion of alleged child sex offences.

Chelsea told MailOnline: ‘My name and pictures are being bandied about on WhatsApp groups and I’ve had horrible abuse from around the world. I’m really scared and don’t know what to do.’ 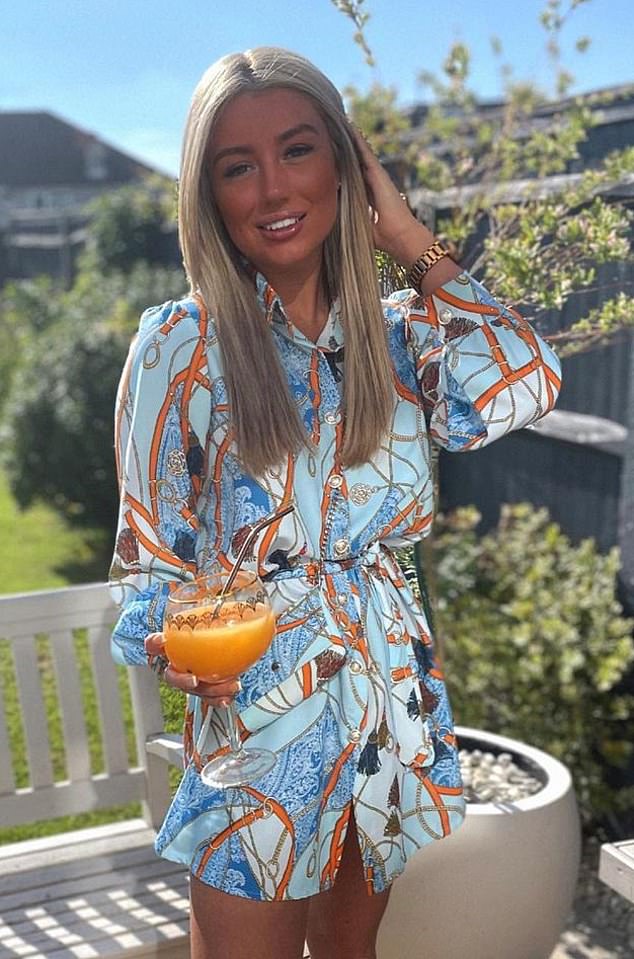 Chelsea Pardoe (above), 20, from Maidstone, in Kent, has been wrongly named as the schoolgirl allegedly sexted by a Premier League footballer 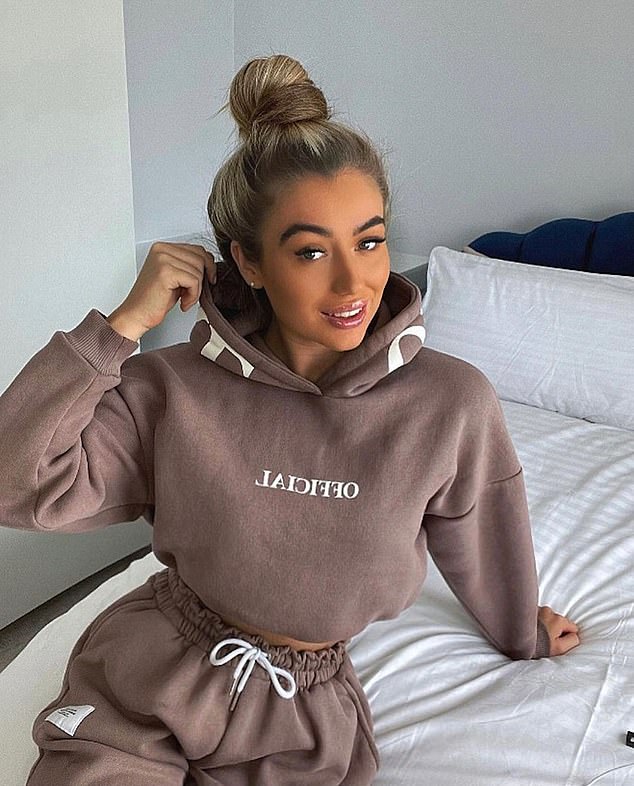 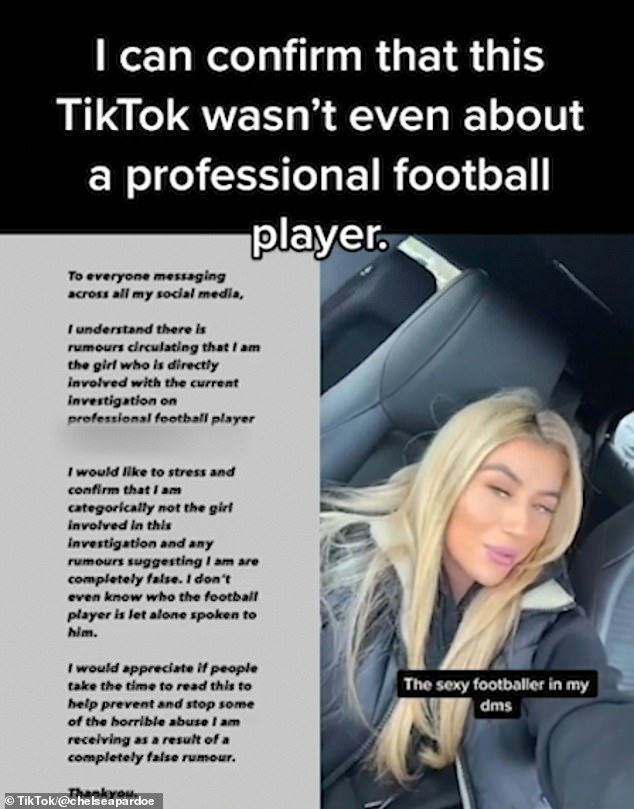 The unnamed player has been released on bail pending further investigations and has been moved to a safe house by his club.

Although the footballer has been named in his home country, he cannot be identified in the UK for legal reasons, nor can any alleged victims in the investigation.

The first time Miss Pardoe, of Maidstone, Kent, became aware she was being wrongly identified as the alleged victim in the case was when hundreds of messages and thousands of new followers began popping up on her social media platforms shortly after his arrest. 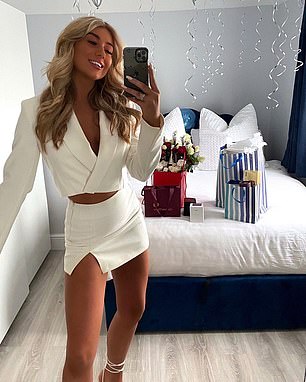 Chelsea was called a prostitute, a grass and a snitch by strangers on social media  after being wrongly identified

The attacks on Miss Pardoe come a week after an Everton team-mate was wrongly named online as the footballer at the centre of the police investigation.

Like Miss Pardoe, the team-mate was subjected to thousands of fake messages being circulated about him on social media following the raid by Greater Manchester Police.

So far, Everton has only confirmed that it has suspended a top-ranking player pending a police investigation but has not named him.

The wrong identification of Miss Pardoe appears to have begun when she posted a reference to a footballer.

The attractive blonde, who likes to post pictures and videos of herself made up for a night out with her friends, made a TikTok video in June of herself singing along to Dua Lipa’s song Levitating, captioned ‘the sexy footballer in my DMs’.

In the video, she mouthes along to the lyrics ‘if you’re feeling like you need a little bit of company/ You met me at the perfect time/ You want me, I want you baby.’

But Miss Pardoe said: ‘The footballer in question was nothing to do with Everton but was a local league player I was flirting with at the time but we are not even together.

‘He was one of the first people to message me asking if I knew what people were saying about me and checking if I was okay.’ 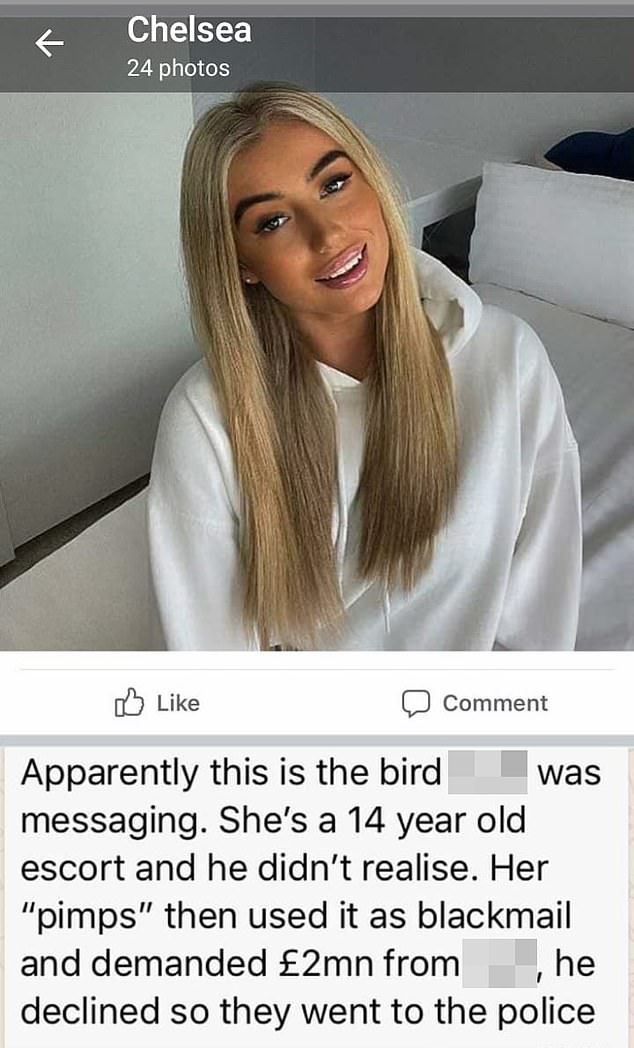 In one rumour circulating social media, Pardoe was accused of being a 14 year old escort 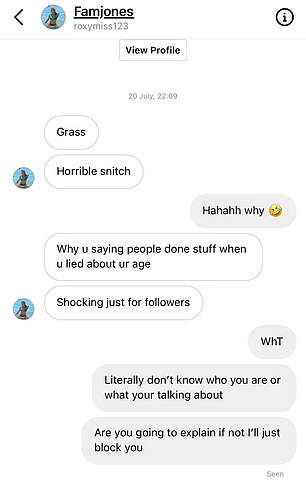 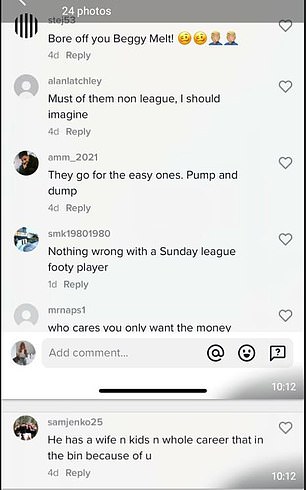 Chelsea started receiving messages of abuse on social media before she even knew an Everton footballer had been arrested. She was called a ‘horrible snitch’ and a ‘beggy melt’

After the Everton player’s arrest, the views of her video suddenly soared as thousands around the world wrongly connected it to the footballer.

It has now been seen nearly half a million times and she has had hundreds of messages from around the world, including ones abusing her appearance and calling her a gold digger.

She said: ‘The video and rumours are being circulated in lots of WhatsApp groups. My friends keep telling me about new groups that keep appearing.

‘I was even called a 15-year-old prostitute in one, which was so upsetting.

‘I lost my job last year because of the Covid pandemic and it’s been a difficult year. This has made it so much worse.’

Although Miss Pardoe has taken down her original post, she reposted it alongside a statement begging for the ‘horrible abuse’ to stop, adding: ‘I would like to stress and confirm that I am categorically not the girl involved in this investigation and any rumours suggesting I am are completely false.’ 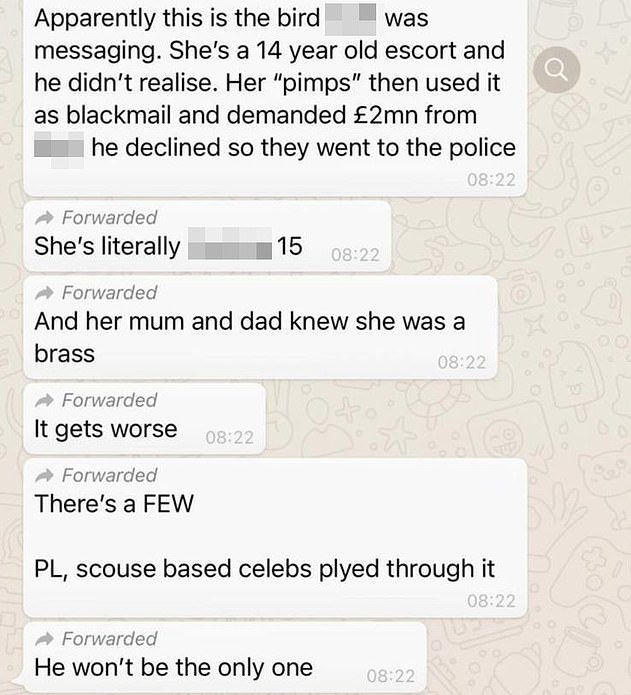 Miss Pardoe, who lives with her parents in Kent, said she had never met or spoken to the Premiership footballer.

She added: ‘When all the messages started pouring in, I had to call a family meeting and tell my parents what was going on. They are really worried about me.

‘It’s put me off wanting to post anything and I’m afraid of the damage it might do to my career.

‘It could also put off other potential victims from coming forward.’

Miss Pardoe has an auditory processing disorder, which affects her comprehension in certain situations, and her family fear the impact of the abuse on her health.