The Australian men secured a major scalp and their first win of the Tokyo Olympics men’s water polo tournament, upsetting powerhouse Croatia 11-8 in a topsy-turvy struggle.

‘He (Hrysanthos) had an absolutely incredible game, can’t do better than that for your Olympic debut,’ captain Aaron Younger told Channel Seven aftewards. 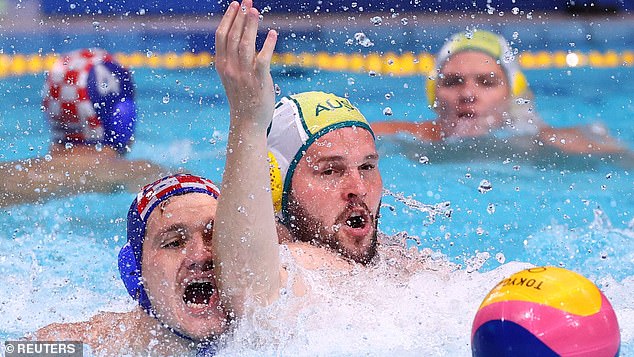 ‘It was great for the boys to bounce back.

‘It’s really what we needed to kickstart our campaign.

‘We definitely have the hardest group here. Now we’re up in the mix … we (know we) can play against these bigger teams.’

The Sharks, who lost 15-10 in their tournament opener against Montenegro, currently sit second in Group B as they prepare to face reigning Olympic champions Serbia on Thursday night.

Australia, desperately needing to bank points given their pool features three of the top four sides from Rio 2016, shot out to a 7-3 lead early in Tuesday night’s third quarter. 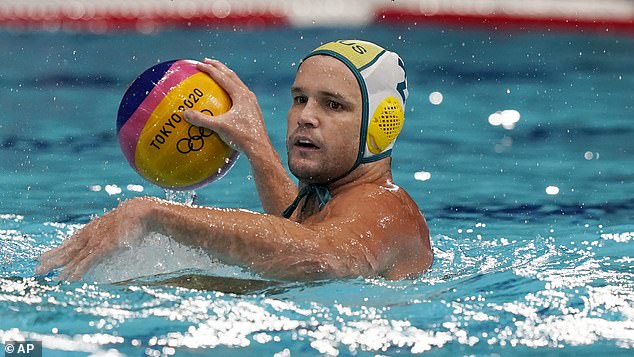 Croatia, silver medallists at the 2016 Games after winning gold at London 2012, rallied to reduce that buffer to just 7-6 at three-quarter time.

The third term ended with a contentious call that denied Edwards, representing the Sharks at these Games alongside brother Lachlan, a buzzer-beating goal.

Officials reviewed footage of the final seconds before ruling that time elapsed before Edwards scored.

The camera captured Australia coach Elvis Fatovic, who competed for Croatia at the 2000 and 2004 Olympics then served as an assistant coach for their triumph at the London Games, seeking clarification in direct fashion at the break.

Fatovic’s charges weren’t rattled, lifting when it mattered most while showing impressive composure in the final quarter.

Edwards nailed consecutive late goals, fashioning a 11-7 lead with a tick under three minutes remaining in the match. 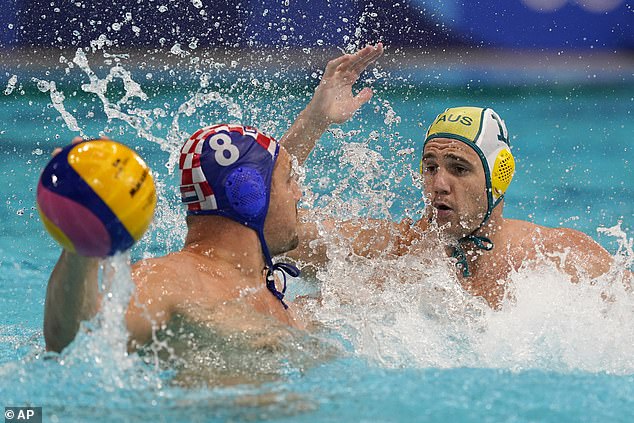