Australia’s swimming golden girl Ariarne Titmus has won her 200m freestyle semi final and is likely to face off with American swimming great Katie Ledecky for the gold medal at the Tokyo Olympics.

The 20-year-old will now swim for her second gold medal in the finals after sensationally pipping Ledecky in a gripping 400m freestyle final on Monday to nab her first gold of the global sporting event.

Ledecky will swim for her spot in the finals in the second round of the semis on Tuesday morning. 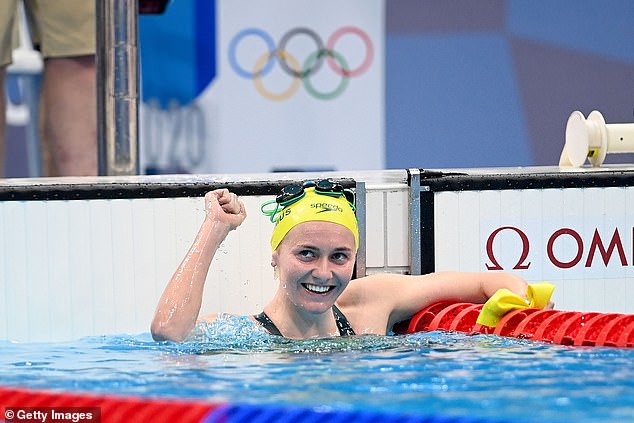 Seven hours after Titmus’s 400m win she swam again in the 200m freestyle heat to score herself a spot in the semi finals while Ledecky also cruised through, logging Monday night’s fastest time of one minute 55.28 seconds.

Titmus and Ledecky had little time to rest after their race for the 400m gold medal became an instant Olympic classic. 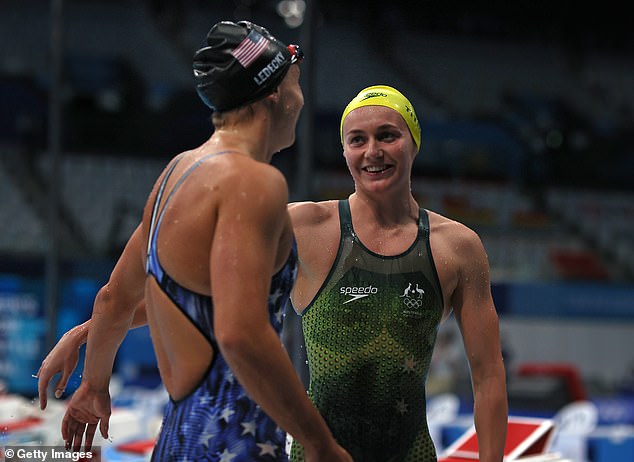 Ariarne Titmus (pictured, right) is on track for another showdown with US star Kate Ledecky (left)  in Tokyo. The pair are pictured after the 400m final stunningly won by the Aussie

The Tasmanian-born 20-year-old now based in Queensland has always been rated a genuine gold medal shot in the 200m as well, boasting the world-leading time in the event this year.

And it delivers Ledecky, regarded as the greatest female swimmer ever, her first defeat in an Olympic final.

Titmus, in lane three, kept watch on Ledecky in lane four in what became the ultimate match race between the pair.

The American held the lead for the initial 300m but Titmus was watching her all the way, literally lurking at her heels.

The young Australian ominously surged closer and was just 0.16 seconds behind Ledecky with 100m remaining.

Titmus then reeled in her rival in a perfectly-executed race plan to win by half a body-length in a time of three minutes 56.69 seconds.

The reaction of her coach Dean Boxall after Titmus touched the wall soon went viral with footage showing him ripping off his face mask and running up and down the stands.

Boxall then grabbed onto a glass barrier and shook it vociferously as he gyrated into the railing.

He then punched the air and screamed at the pool as a startled Japanese Olympic worker nervously tried to encourage him back into his section. 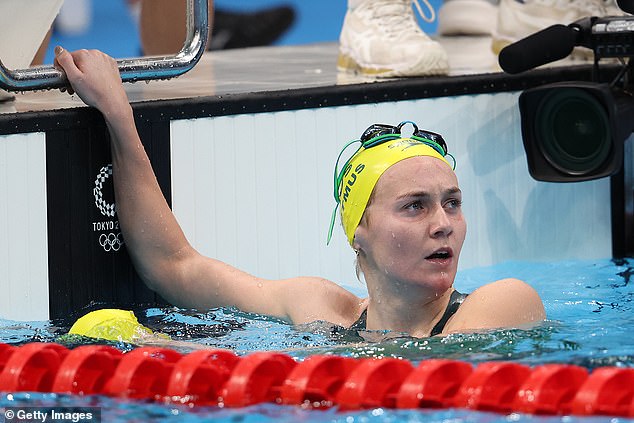 Meanwhile, American star Ledecky, a five-time Olympic champion, is also in the midst of a 1500m campaign.

Soon after her 200m heat, Ledecky’s relentless program continued with a 1500m freestyle heat – which she duly won.

Australia’s 1500m pair Maddy Gough and Kiah Melverton advanced into the final in seventh and eighth spots respectively – their times were 20 seconds outside Ledecky’s.

In the men’s 200m butterfly, Australian pair Matt Temple and David Morgan failed to advance to the semi-finals. 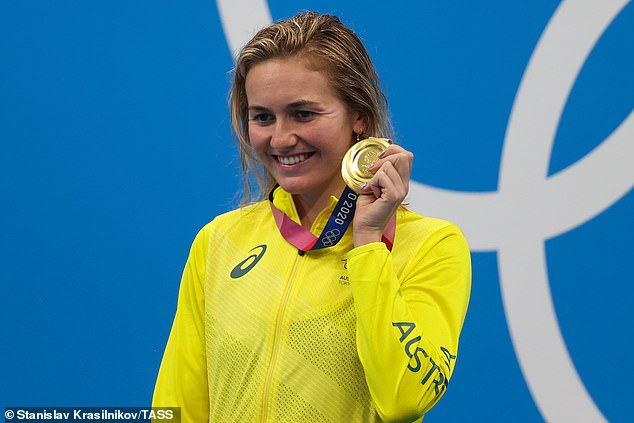 Hours earlier, Ariarne Titmus got one up on her fiercest rival with gold in the 400m freestyle