McDonald’s Australia is set to release a new Pokémon card series with every Happy Meal.

The promotion was first released in the US in March to celebrate 25 years of Pokémon cards.

The Australian release date is not yet known, but the cards are set to be next in line following the current Space Jam toys. 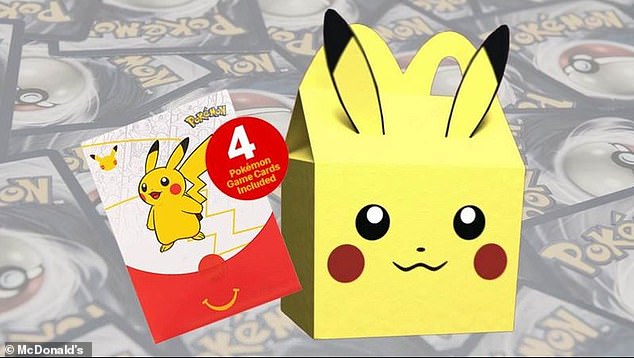 There are 50 cards to collect in the series, including some with holographic pictures.

Each Happy Meal will contain four cards and a Pokémon themed activity.

Some US stores were forced to limit the amount of Happy Meals purchased and released a statement to calm the flurry of fans.

‘Some fans even going to extreme lengths to get them (Pokémon cards), we’re working quickly to address shortages and also strongly encouraging restaurants to set a reasonable limit on Happy Meals sold per customer,’ McDonald’s said. 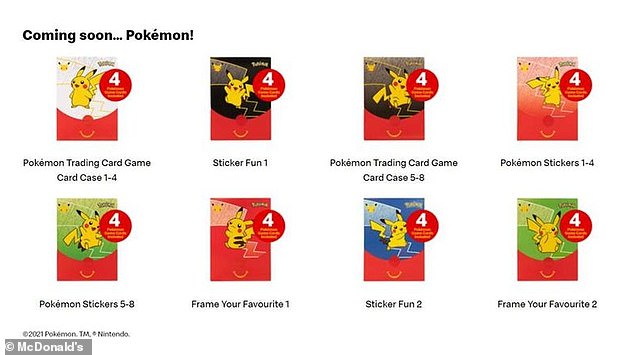 There were also concerns raised over the food waste of people purchasing the meals only for the cards.

Pokémon cards have made a comeback in recent years with some of the originals selling for as much as half a million Australian dollars.

Online bidding on full sets of the new series of cards have been seen going for over $300.