Man, 70, is charged with killing a stray cat after disturbing footage was shared online showing the animal drowning in a garbage bin

A man who made a social media post about drowning what he described as a ‘feral’ cat has been charged with an animal cruelty offence by NSW Police.

The 70-year-old man was arrested yesterday at a home in Coffs Harbour, on the NSW mid north coast, and charged with torture, beat and causing death of an animal.

A member of the public notified local police of the man’s posts, one of which shows a small ginger-and-white cat trapped in a cage. 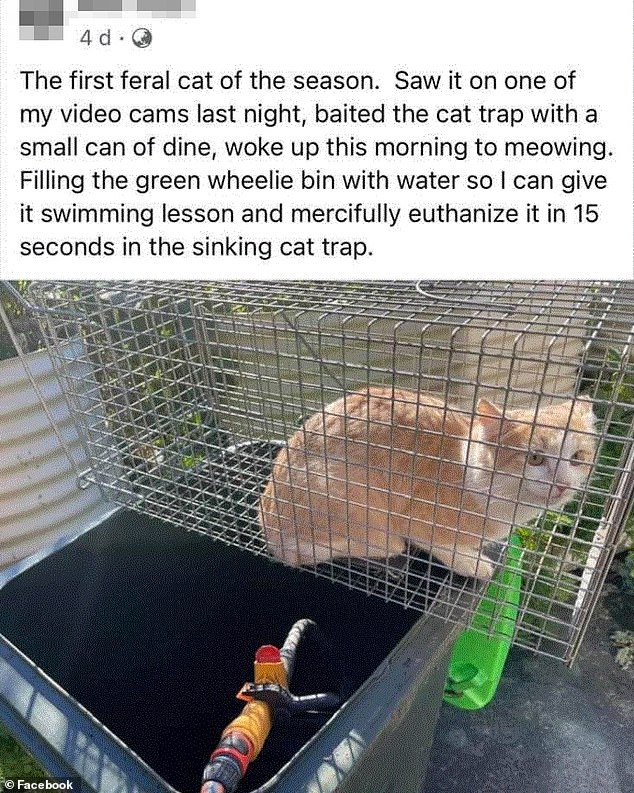 ‘The first feral cat of the season,’ the text accompanying the post said.

‘Saw it one of my video cams last night, baited the cat trap with a small can of dine, woke up this morning to meowing.

‘Filling the green wheelie bin with water so I can give it swimming lesson and mercifully euthanise it in 15 seconds in the sinking cat trap.’

The man has since muted or deleted his numerous social media accounts.

Daily Mail Australia has seen earlier posts by the same person which displayed other instances of animal trapping.

A post from August 2020 showed another cat trapped in a cage alongside the text, ‘This hefty feral cat was caught overnight in my trusty cat trap as the first of the spring season.

‘Lured in at 4am by a can of cat food, it tripped the trigger which locked it in and is now basking in the sun awaiting the wheelie bin to fill with water for its final swim…’

Yet another post showed what appeared to be a dead cat propped up against a sign which reads, ‘Nothing inside is worth dying for’, over a picture of a human silhouette shooting target. 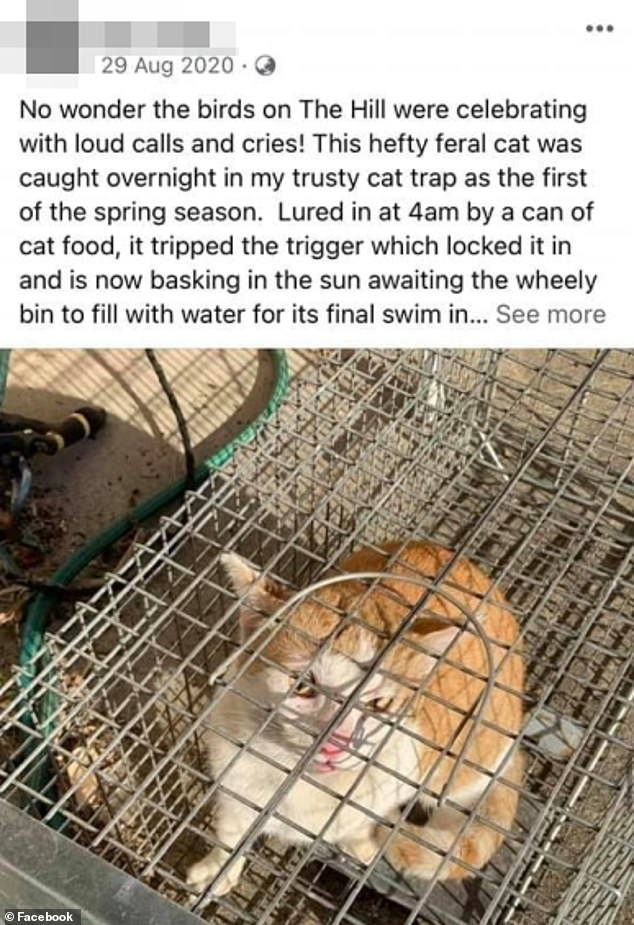 ‘This hefty feral cat was caught overnight in my trusty cat trap as the first of the Spring season,’ a post from August 2020 reads 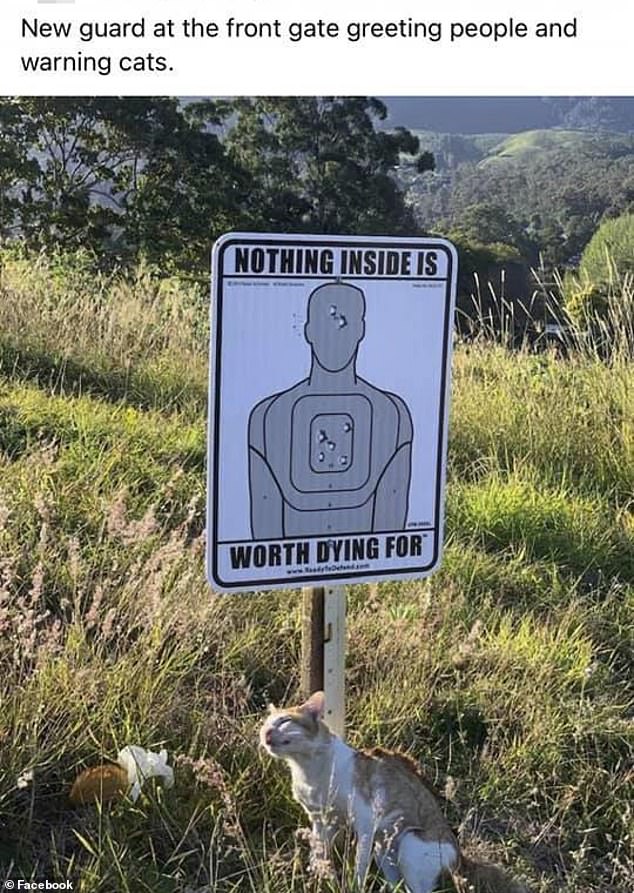 A number of Coffs Harbour locals reacted to news of the arrest by posting pictures of their missing cats.

The man has been granted conditional bail to appear at Coffs Harbour Local Court on Monday, August 16.