A tree-lopper, his son and a woman who acted with ‘breathtaking stupidity’ have been jailed for murdering a teenager shot dead during a vengeful high-speed car chase.

Jesse Thompson’s tragic death was the culmination of events that spiralled out of control, Justice Mark Ierace said when sentencing the trio in the NSW Supreme Court on Thursday.

John Paul Evans, 53, his son Keith Evans, 28, and a woman who cannot be named for legal reasons, were found guilty of murdering the 19-year-old, one of four passengers in the back seat of a Toyota Kluger being pursued by the trio in a dual-cab ute. 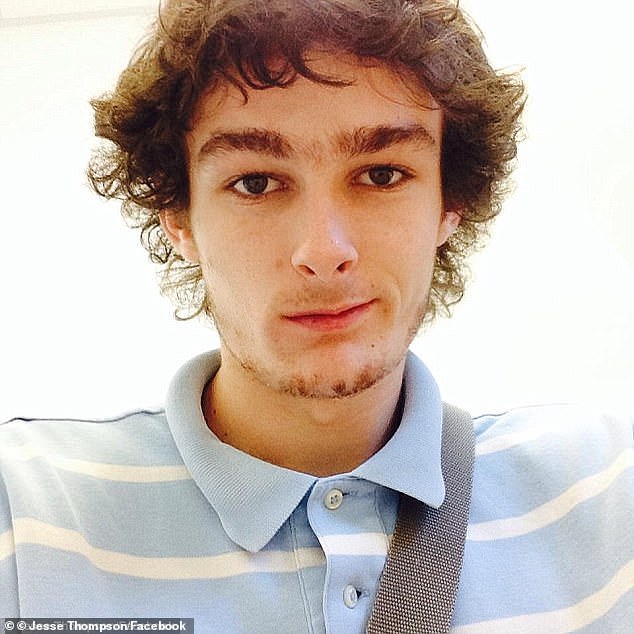 The son first pointed the shotgun at the other driver, before aiming it at those in the back seat.

He discharged the weapon killing Mr Thompson in July 2017 during the chase through the streets of Wyong on the NSW Central Coast.

Keith Evans also was found guilty of wounding Jayke Rodgers with intent to cause grievous bodily harm days before the shooting, an event which led to the murder.

For the two offences, Justice Ierrace jailed him for 32 years with a non-parole period of 22 years and four months. 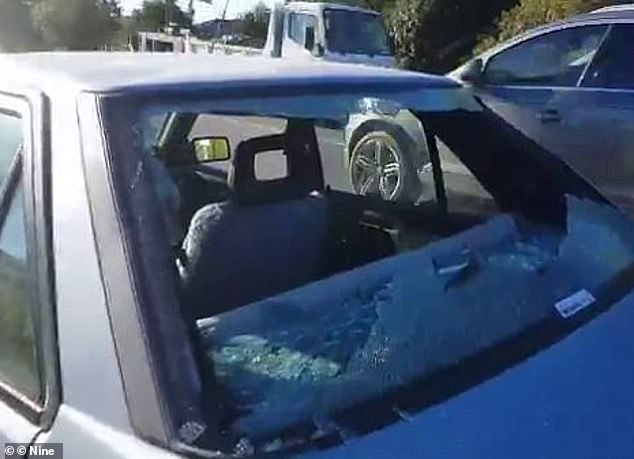 One witness said Keith Evans ‘was smiling as he pulled the trigger’ while the woman held out her arm and shook her fist, a move the judge described as a ‘gesture of defiance or victory’.

The judge said the events began when Keith Evans discovered his long-term girlfriend, Christine, had had a covert sexual relationship with Mr Rodgers.

He lured him to their address by sending texts, pretending they were from Christine, and inflicted four wounds on his head, leading to Mr Rodgers’ hospitalisation. 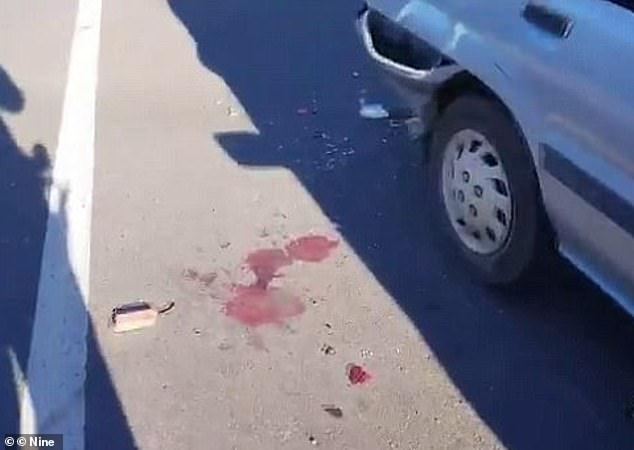 On his discharge, he sent texts saying Evans was ‘a dead man walking’ and Mr Rodgers’ friends became involved.

Some of the group smashed the door of John Evans’ house causing great distress to the woman, before the ‘out-of-control’ situation escalated to the car chase.

The judge found the trio acted with ‘immaturity and breathtaking stupidity’.

He found Keith Evans discharged the gun with the intent that one or more of the passengers in the back seat would be killed.

The two co-offenders were party to a joint criminal enterprise to kill one or more of the occupants of the Kluger.

Referring to the father’s actions, the judge said ‘it was an appalling failure of him as a parent’.

While father and son did not have good prospects of rehabilitation, he found the woman’s prospects were ‘very good’. 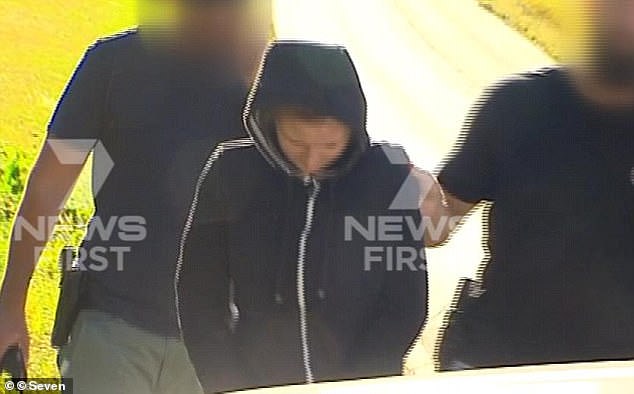 Convicted murderer Keith Evans, 28, (pictured) was found to have discharged the gun with the intent that one or more of the passengers pursued would be killed

‘The length of my beard represents every single day that my daughter has been without the love of her life,’ he said.

Hanna Anderson said Mr Thompson had been her best friend and the ‘absolute love of my life’.

For the first 20 years of her life, she was able to feel safe and never in a million years would she have believed that one day her own family would fall victim to such horrific gun violence in Australia.

When she saw CCTV in court of some of the chase, she was in disbelief at realising the fear and pain Mr Thompson experienced in his last moments of life.

‘His life was treated like some sort of game,’ she said.

‘He was hunted down and left to die like he was some kind of animal.’