Tom George holds the British rowing record for the quickest 2km time in history… and after helping Team GB’s men’s eight make waves recently, he now has his eyes set on gold ONLY at the Tokyo Olympics

Tom George may be making his Olympics debut but he has already achieved something that eluded even rowing royalty.

It was during last year’s first lockdown, and training at his parents’ home in Cheltenham, that George pulled off his sport’s equivalent of the four-minute mile — becoming the first Brit to break the 5min 40sec barrier for 2km on a rowing machine.

‘I was in a log shed at the end of the driveway next to a lawn mower — it was pretty Rocky Balboa-esque,’ recalls the 26-year-old to Sportsmail. ‘I put a Union flag up there so every day I walked into the shed and was like, “That’s the goal, go and get it”. When I got the record, I didn’t really know what to do. I just went and told my parents and then had a shower.’ 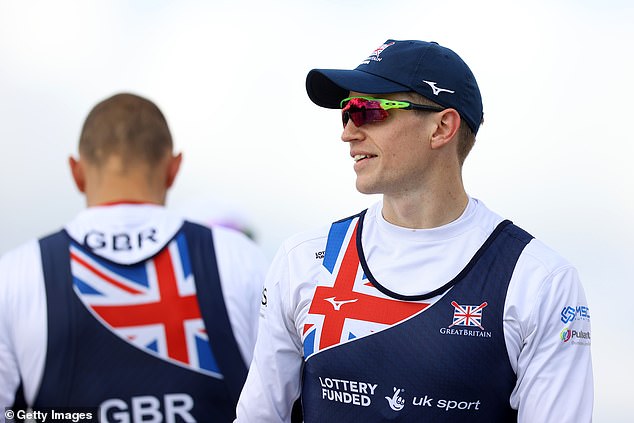 A month later, Moe Sbihi, a Rio 2016 gold medallist in the coxless four and Team GB’s flag bearer at Friday’s opening ceremony, bettered his team-mate’s time of 5:39.6 by two tenths of a second.

In doing so, he reclaimed the British record he first took off four-time Olympic champion Sir Matthew Pinsent in 2015.

What is less well known, however, is that George wrestled back that record — which five-time gold medallist Sir Steve Redgrave also once owned — by another two tenths in February. And this time it was in front of a cheering crowd at British Rowing’s Caversham HQ.

‘It felt like a phenomenal achievement,’ says George. ‘So many people were there to witness it, which was very different from the first one. I thought it was important to do it in front of everyone, to show the guys, “I want to win the Olympic Games and this is the standard I want to set”. Moe sent me a really nice text afterwards saying, “You are inspiring others and taking others with you”, which was pretty humbling coming from him.

‘On the way back to my parents’ house I treated myself to a McDonald’s milkshake! But it was never a huge celebratory thing.

‘To be mentioned in the same sentence as some of those guys is very, very flattering and I’m very proud of it. 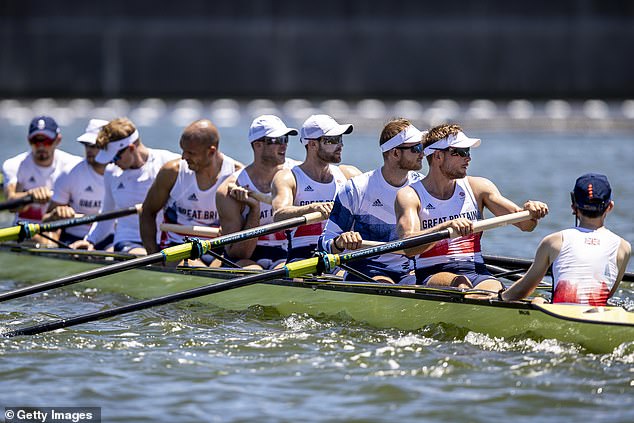 The Brits have made waves recently, winning the European Championships and the World Cup

‘But Pinsent won four Olympics and Moe has won the Olympics.

‘Breaking the record is really cool but it kind of means nothing if we don’t win in Tokyo.’

And that is where we find George now, preparing for the first heat of the men’s eight in the early hours of Sunday morning — rowing’s blue riband event which Team GB brilliantly won in Rio.

Sbihi, who George describes as a ‘captain, leader, legend — like John Terry’, is the only rower in the boat with Olympic experience. But the Brits have been making waves in recent weeks, beating rivals Germany, the world champions, twice in May to win the European Championships in Italy and then a World Cup in Switzerland.

‘Every year it seems to come down to GB and Germany,’ adds George. ‘It’s built into a massive rivalry, which is awesome. This Olympiad, maybe the Germans have had our number for a bit of it, but we’re coming good at the right time.

‘Winning any medal at the Olympic Games is a phenomenal achievement, but ultimately we want to come back with a gold medal and carry on that rich history for GB rowing.’ 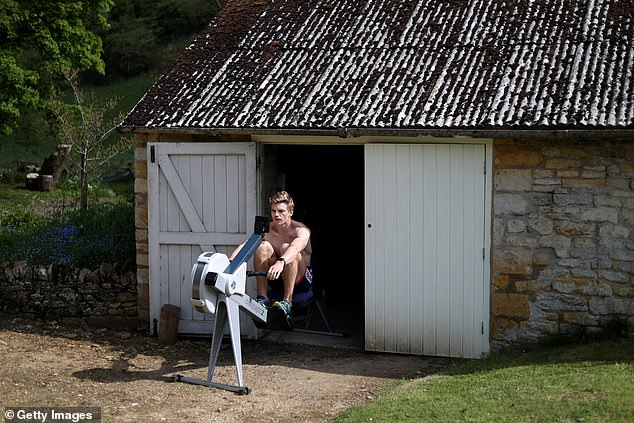