A US Olympic fencer claims he has been unjustly isolated from the rest of his team competing in Tokyo and forced to stay in a hotel 25 minutes away from the Olympic Village after being accused of sexual misconduct by three women.

Alen Hadzic, 29, an alternate on the men’s epee fencing team, is now fighting to have what he calls ‘arbitrary and unnecessary’ restrictions that have been imposed on him by the US Olympic and Paralympic Committee lifted ahead of the opening ceremony of the Tokyo Games on Friday.

Hadzic, of Montclair, New Jersey, received a temporary suspension from the US Center for SafeSport in June amid an investigation into allegations of sexual misconduct, including groping, while he was a student at Columbia University between 2010-2015. 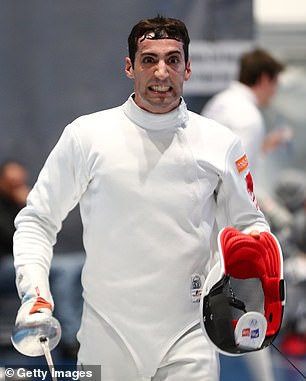 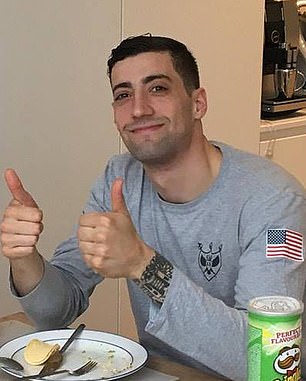 Alen Hadzic, 29, an alternate on the US men’s epee fencing team, wants restrictions on his movements in Tokyo lifted. He is under an investigation related to sexual misconduct claims

Hadzic says in a complaint that he had to fly by himself to Tokyo, lodge in a hotel a 25-minute drive away from Olympic Village (pictured), and train apart from fellow fencers

Hadzic has maintained his innocence, dismissing the claims against him as ‘untruths.’

An arbiter has since overturned the suspension, clearing the way for Hadzic to travel to Japan and compete with the rest of the USA Fencing team, reported USA Today Sports.

Judge Sherrie Krauser found that the suspension was ‘inappropriate to the allegations,’ and concluded that Hadzic’s participation in the Tokyo Olympics ‘would not be “detrimental to the reputation of the United States or his sport.’

But according to the athlete and his attorney, he is being denied the full Olympic experience by being kept apart from his teammates.

An official complaint filed by Hadzic alleged that the governing body of his sport forced him to fly by himself to Tokyo, lodge in a hotel located a 25-minute drive away from the Olympic Village, and train apart from his fellow fencers.

USA Fencing responded to Hadzic’s complaint by saying that ‘team athletes have expressed concerns for their safety and well-being arising from [Hadzic’s] presence.’

An arbitration hearing in the case was scheduled for Thursday. Men’s epee fencing competition is set to begin on Sunday. 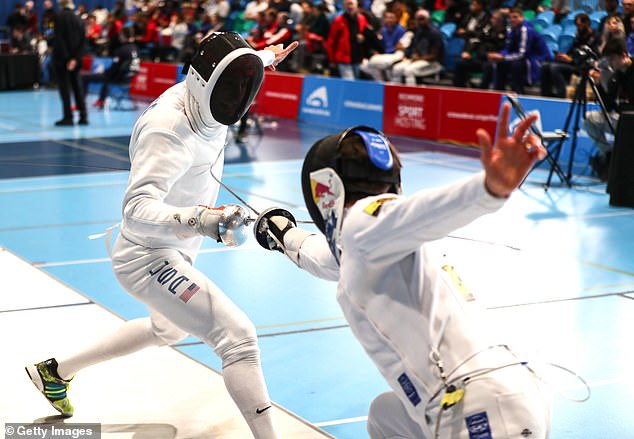 Hadzic, pictured competing in the Men’s Epee World Cup in February 2020, has been accused of sexual misconduct by three women

Hadzic’s attorney, Michael Palma, wrote in the complaint that USA Fencing wants to ‘hide’ his client and ‘keep him from participating in the Olympic experience that he has rightfully earned.’

Hadzic came under scrutiny after three women came forward, accusing him of sexual misconduct between 2013 and 2015.

One woman accused Hadzic of unspecified offenses in 2013, while the two were attending Columbia University and competing on the school’s fencing team.

Hadzic was suspended from the university for a year during a Title IX investigation, but he was ultimately allowed to resume his studies and graduate in 2015 with a Bachelor’s degree in business.

That same year, a second woman claimed that Hadzic groped her buttocks and pushed her against a dresser.

Speaking to USA Today, the second accuser bristled at the decision to lift Hadzic’s suspension and permit him to represent the US in the Olympics amid an ongoing SafeSport investigation.

‘I think one case is enough for you to not be allowed to compete at the f***ing Olympics,’ she said. ‘It really makes you question how far someone needs to go in order for them not to be able to compete.’ 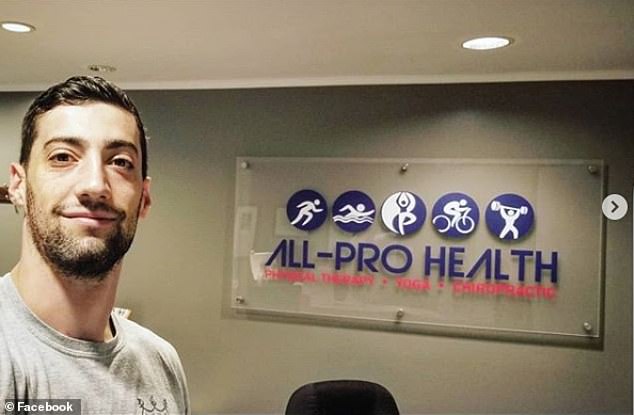 Hadzic was suspended by US Center for SafeSport in June, but an arbiter lifted his suspension, allowing him to compete in Tokyo

The CEO of USA Fencing explained in an email to Hadzic that the organization did not have the authority to sideline him from the Tokyo Games, but it has put a ‘safety plan’ in place in response to complaints from several athletes who has expressed concerns ‘for their safety and well-being arising from your presence…’

Palma said USA Fencing has known about the misconduct allegations agaisnt his client for years but has allowed Hadzic to take part in fencing competitions all over the world without any restrictions until now.

Hadzic, who founded a clinical research company last year, qualified for the Tokyo Games in May after narrowing missing a spot on Team USA for the 2016 Olympics, reported the New York Times.

As an alternate on the men’s fencing team, Hadzic will step in if another athlete cannot compete due to an injury or an illness.