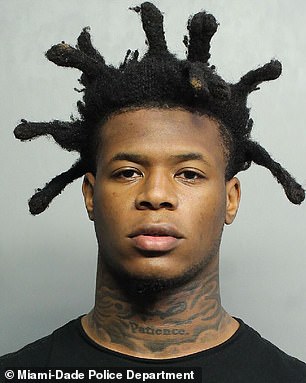 Avantae Williams was charged with aggravated battery on a pregnant woman, with his bond being set at $10,000

A University of Miami football player was arrested after police say he beat up his pregnant ex-girlfriend during an argument over his new relationship.

Avantae Williams, a sophomore safety for the Miami Hurricanes, was arrested Wednesday night and charged with one count of aggravated battery on a pregnant woman. His bond was set at $10,000.

The police report states that the two had gotten into an argument over Williams ‘being involved with another woman’ prior to Williams leaving for football practice.

‘When I return from practice you need to be gone,’ Williams allegedly told the woman, who is currently 31-weeks pregnant with his child.

Police, who referred to the woman as his ‘ex-girlfriend’ even though they were living together at the time of the incident, said Williams flew into a rage later when he found her still packing at the  apartment they shared in the West Kendall area of Miami. They said he grabbed her by the hair and threw her around the house.

‘Get the f–k out,’ he yelled, according to the police report, before throwing her to the ground outside the apartment where she hit her head on the pavement.

The victim, who was not publicly named, ultimately alerted a neighbor who called 911. 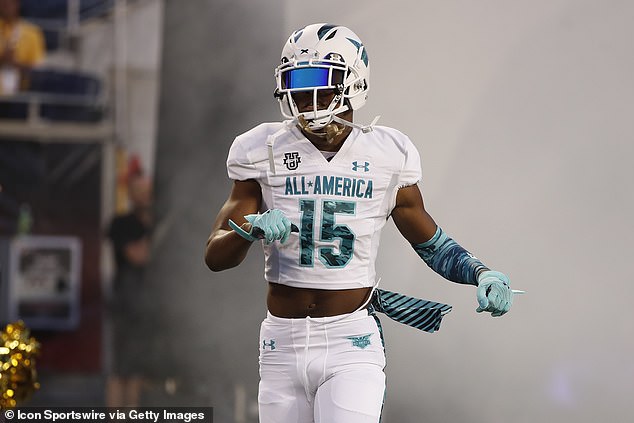 Williams was the top-ranked safety for the 2020 class, as well as a four-star recruit out of DeLand High School 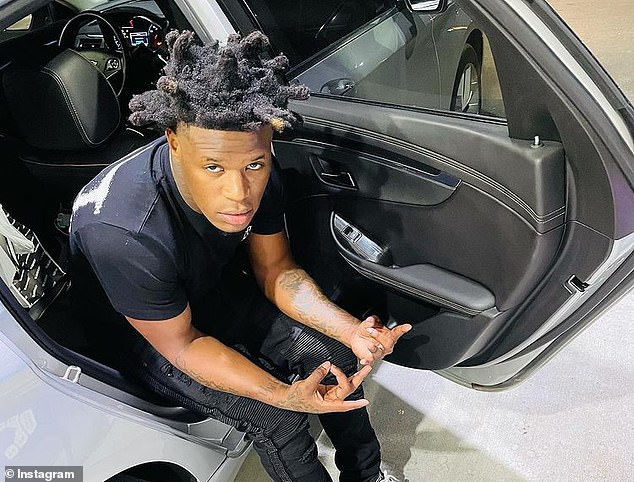 She was treated at West Kendall Hospital for bruising to her neck and arms. Authorities have not released information regarding the health of her unborn baby. She and Williams have two other children together, a 10-month-old and a 21-month-old.

Williams did not answer questions when taken to jail, according to NBC Miami.

He was the top-ranked safety for the 2020 class, as well as a four-star recruit out of DeLand High School, the Miami Herald reports. 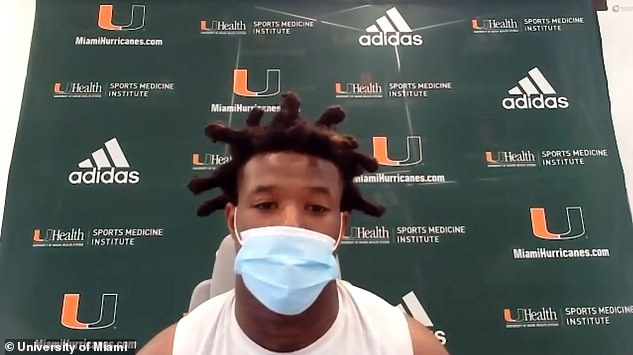 ‘He was immediately suspended from all team activities,’ University of Miami assistant athletic director for communications said following Williams’ arrest

‘He was immediately suspended from all team activities,’ UM assistant athletic director for communications Camron Ghorbi said in a statement.

Williams, listed as 6-feet-tall and 198 pounds, missed his freshman season with the team due to an undisclosed medical issue, the Herald reports, but was cleared to participate in spring training. He was projected to be in the starting rotation as a safety for the Hurricanes.

At the time Williams committed to Miami, coach Manny Diaz raved about him as an addition to the university’s extremely successful 2020 recruiting cycle.

Miami is scheduled to open its season against Alabama September 4.